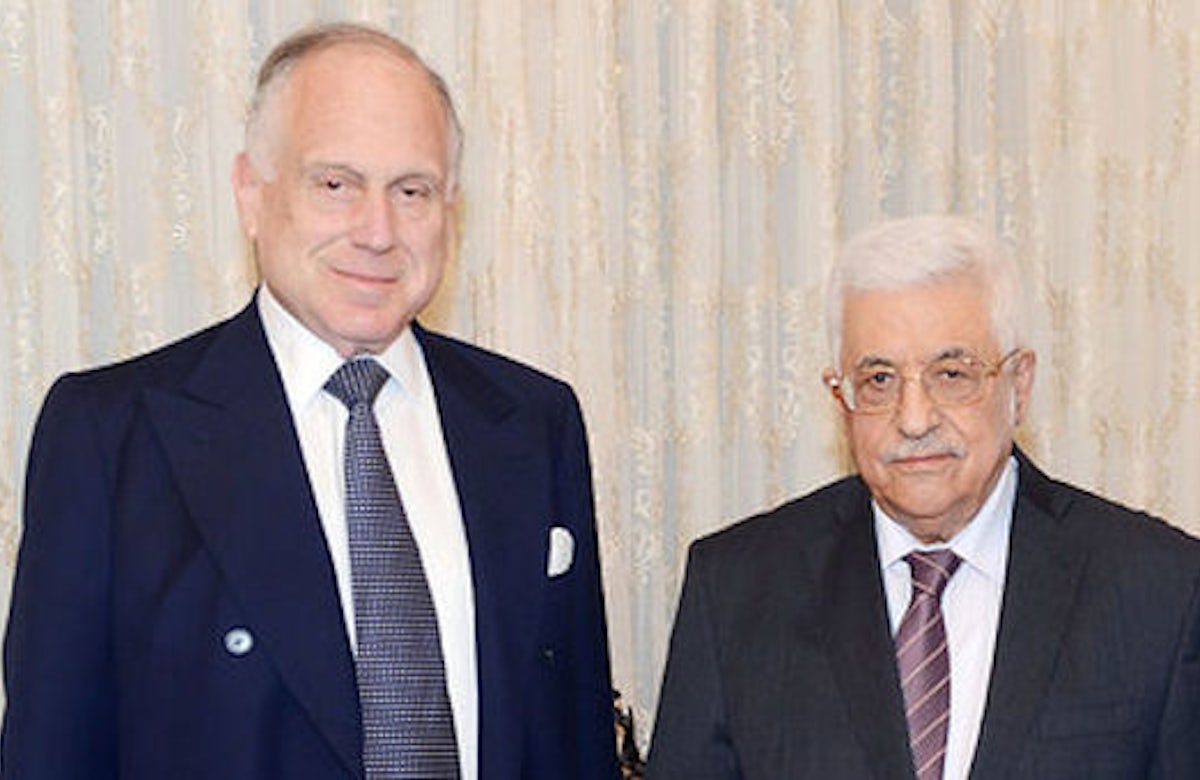 World Jewish Congress President Ronald Lauder on Tuesday met with Palestinian Authority (PA) President Mahmoud Abbas in the Jordanian capital Amman. The two discussed efforts to advance the peace process between Israel and the PA and spoke about the situation in the Middle East. 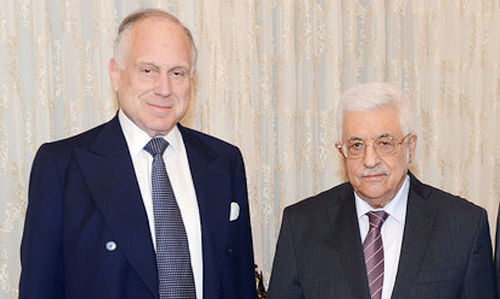 According to a report of the Palestinian news agency WAFA, Abbas also brought up the recent arson attack on a Palestinian family in the West Bank village of Duma. The meeting of the two men came amid repeated attempts by the West to renew talks between Israelis and Palestinians.

A participant in the meeting told the Jerusalem Post that this latest encounter between Lauder and Abbas had only been the most recent in a series of several “very positive meetings,” and that that “today’s could not have been better”, and that Lauder and Abbas “agreed that now is a critical and urgent time for Israel and the Palestinians to reach a peace agreement."

At the Jerusalem Post Conference in New York in June, Lauder said a two-state solution was the only way for Israel to achieve peace. “Now is a time for bold action because the stakes are too high for anything else… It is not enough to be united. We must also decide to be solution-oriented. I want to be very clear, no serious discussion about peace for the Jewish people of Israel can take place without a strong agreement for a viable two-state solution."

Recalling the landmark White House meeting between PLO head Yasser Arafat and Israeli Prime Minister Yitzhak Rabin in 1993, he added: “It’s true, Jews and Arabs are destined to live side by side … We must acknowledge that a two-state solution is the only viable, workable and negotiable end.”