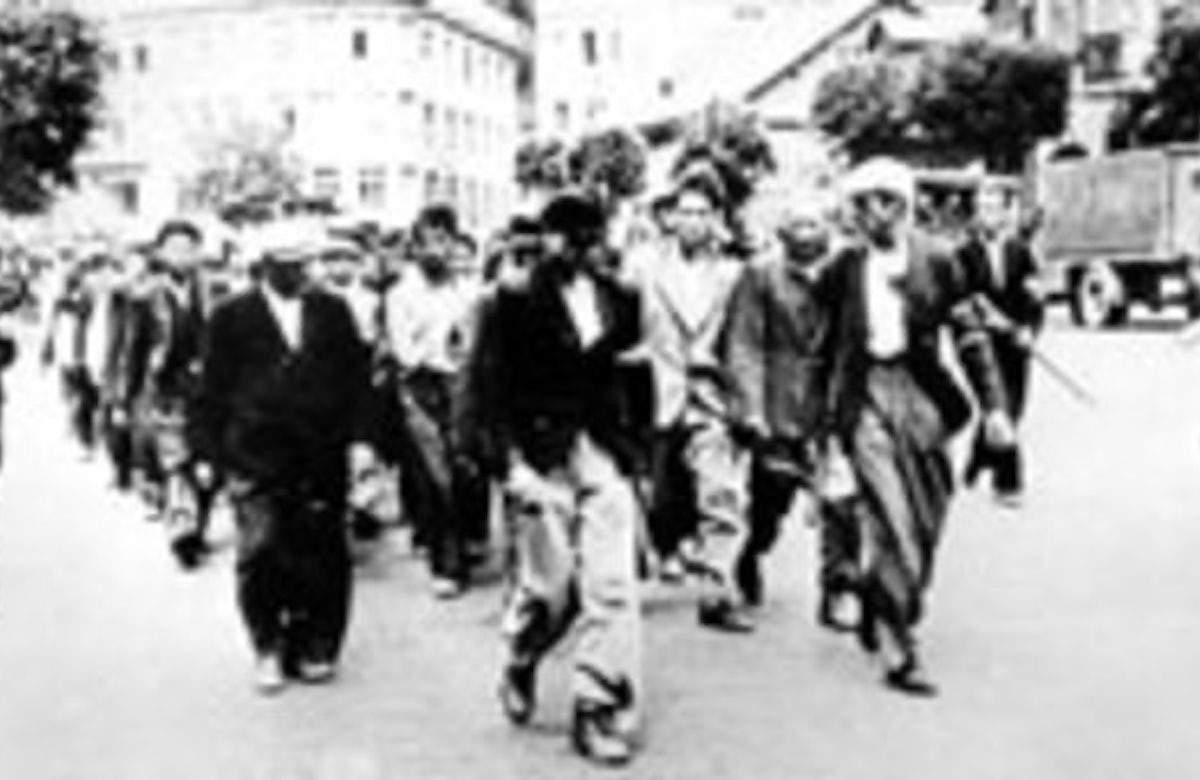 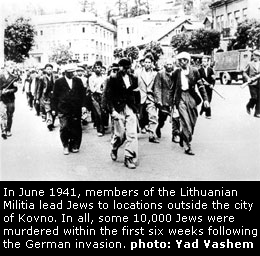 Lithuanian Justice Minister Remigijus Šimašius  has said his country should answer questions regarding its behavior during World War II with its head held high. Writing in his internet blog, Šimašius dismissed accusations that Lithuania had been an anti-Semitic country and collaborated with the Nazis. "First of all, the fact that many Jews were killed in Lithuania does not in itself mean that Lithuanians were Jew killers. Quite on the contrary: Lithuania was a place where Jews were safe and lived in peace. Until the Nazis came. Had Lithuanians been anti-Semitic, Lithuania would not have become a haven for the Jews, and Vilnius would not have been known as ‘Jerusalem of the North’," the justice minister argued.

According to Šimašius, Jews were neither persecuted not oppressed in Lithuania, "contrary to the United States, which at first did not want to take in Jews fleeing Hitler's Germany, and to the Soviet Union, which would return fleeing Jews to the Nazis, or even Britain, which had its share of pseudo-archaic nonsense. "Throwing accusations of anti-Semitism, or collaboration, at Lithuania is insulting to the memory of the hundreds of Lithuanians, who were helping Jews. How can anyone accuse Lithuania of collaborating with the Nazis, if this collaboration simply never took place in any official or formal ways.”

World Jewish Congress President Ronald S. Lauder called the Lithuanian official’s statements "disingenuous"  and a distortion of the historical facts. Lauder declared: “Such rewriting of history is totally misleading and unacceptable. Instead of recognizing that many ethnic Lithuanians actively collaborated with the Nazi occupiers to round up Jewish citizens Minister Šimašius chooses to placate the revisionists in his country. It beggars belief that someone should today still argue that anti-Semitism played no role in the extermination of  Lithuanian Jewry when the collaboration of so many Lithuanians with the Nazi occupiers is well-documented.

More than 90 percent of Lithuania's pre-war Jewish population of 220,000 was annihilated during World War II. A total of 6 million Jews perished during the Holocaust. In 1995, Lithuania's President Brazauskas apologized in a speech the Israeli Knesset to the Jewish people on behalf of the Lithuanian nation for those Lithuanians who had taken part in the Nazi persecution and killing of Jews during World War II.