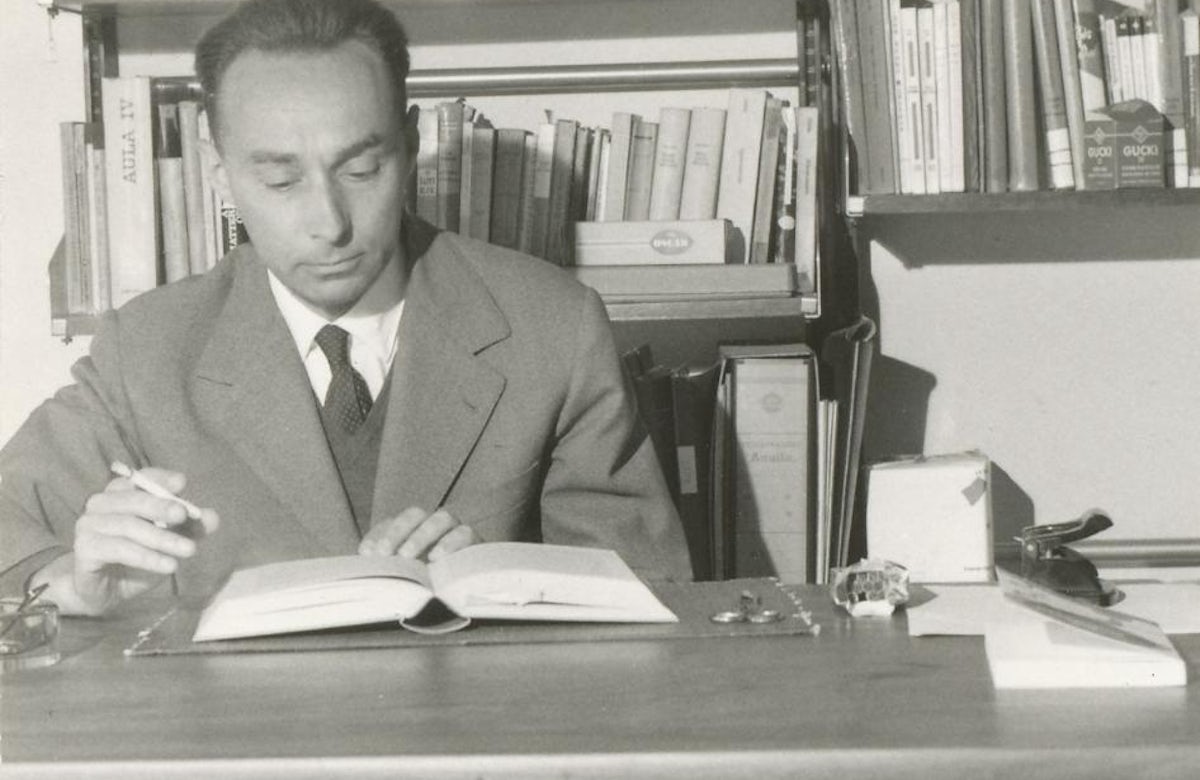 Primo Levi, who would have turned 101 this year, discovered his Judaism by facing antisemitism. The horrific antisemitism and discrimination that he experienced, and the ways in which he courageously shared his experience, made him a prominent figure of the 20th century.

Levi was born in Turin, Italy, at a time when the country's political  landscape was changing rapidly and fascism was strengthening across Italy, with anti-Marxism as its main ideology. Racist and antisemitic ideologies were not yet present, to the point that Primo Levi's father, Cesare, joined the Fascist movement in the 1920’s. However, during the following decade, Primo Levi began to experience antisemitism, which first manifested itself in his being harassed at school because he was Jewish.

During Levi’s student years, the political situation in Italy changed drastically, increasingly influenced by Nazi Germany. Inspired by Adolf Hitler and Nazi Germany, Mussolini promulgated antisemitic laws and declared that the Jews were an impurity among the Italian people. This led to a total ban on Jewish citizens from newly enrolling in public schools. As Primo Levi was already enrolled in school, he could complete his studies. In 1941, Levi graduated with high honors. His diploma noted that he was of the “Jewish race,” making it impossible to obtain employment upon graduation. He acquired false papers and concealed his identity to find work as a chemist.

In 1943, the situation for Jews in Italy worsened upon the creation of the Republic of Salò, a Nazi puppet state led by Benito Mussolini. Levi went into hiding and joined a small group of resistance fighters.

Later that year, the group was infiltrated by fascist forces and denounced. To avoid being killed immediately like some of his fellow resistance fighters, Levi disclosed his Jewish identity to the fascist soldiers who proceeded to arrest him. He was imprisoned in the Fossoli di Carpi camp, then handed over to the Germans and deported to Auschwitz on February 20, 1944.

This is how the horror, which he would bear witness to throughout his life began. Primo Levi is not only a survivor of the Shoah, but became, as early as 1945 when he began to write If This Is a Man (Se questo è un uomo), one of the spokespersons of the duty to remember. However, in post-war Italy, as in many places in Europe, it was not yet easy to communicate the atrocity of the camps to the rest of the population. While trying to publish If This Is a Man as early as 1947, he could not find a publisher who was willing to publish the truths he was telling. He eventually found a small publisher, De Silva, who printed only 2,000 copies.

After the publication of his second work, The Truce, Levi’s If This Is a Man gained recognition and he began to achieve literary success. Although a chemist by training and profession, Levi became recognized as one of the most renowned authors of the 20th century.

Levi’s life was profoundly affected by the trauma he endured. He died on April 11, 1987, following a fall on the stairs of his building. Medical examiners officially concluded that his death was a suicide, though this remains a subject of debate. The suicide theory was supported by many of his biographers who have said that Primo Levi suffered from depression and a sense of guilt for having survived, unlike other members of his family. Elie Wiesel, who believed Levi committed suicide, would eventually say: “Primo Levi died in Auschwitz 40 years later.” However, others forcefully disagree with this theory, arguing that Levi’s literary work is a declaration of the force of life.

The story of Primo Levi's life is above all a story of survival. At an age where he was molding his future, fascism disrupted his studies. He found himself sent to the worst hell, with his bitter testimony leaving us horrified by the existence of such evils.

Despite everything, his need to remember the past and to bear witness was present throughout his life. Beginning shortly after his return from Auschwitz to Italy, he gave voice to his wartime experiences when “others” did not want to accept what had occurred. In doing so, he opened the door to the path of remembrance. With 25% of Italy’s pre-war Jewish population murdered during the Holocaust, Primo Levi incorporated their testimonies into his own, addressing the reader in the opening words of If This Is a Man:

“You who live safe

In your warm houses,

You who find, returning in the evening,

Consider if this is a man

Who works in the mud

Who does not know peace

Who fights for a scrap of bread

Who dies because of a yes or a no.

Consider if this is a woman,

Without hair and without name

With no more strength to remember,

Her eyes empty and her womb cold

Meditate that this came about:

I commend these words to you.

Carve them in your hearts

At home, in the street,

Repeat them to your children,

Or may your house fall apart,

May illness impede you,

May your children turn their faces from you.”