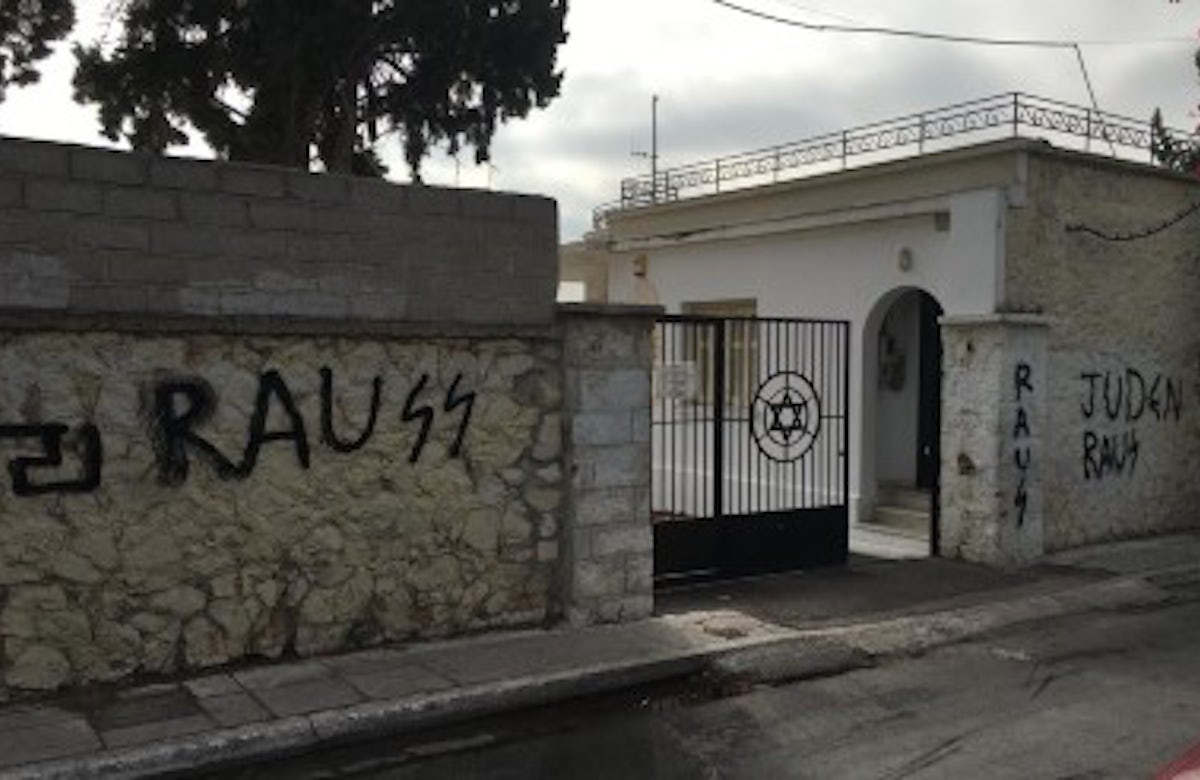 (c) Central Board of Jewish Communities in Greece

Greek police are investigating after unknown vandals desecrated an outer wall of a Jewish cemetery in Athens with Nazi slogans.

The WJC-affiliated Central Board of Jewish Communities in Greece condemned the incident, saying, “Nazism has no place in our democracy... law enforcement and justice authorities have to be in alert and make sure that the Nazi crimes against humanity will never be committed again. Antisemitism lays in the very root of the “absolute evil” that Nazism expresses. It starts with the Jews but never stops at them."

Education Minister Niki Kerameus reacted to the incident on Twitter, by saying: “I have contacted the President of the Jewish Community of Athens to express our condemnation for the desecration of the Jewish Cemetery of Athens as well as our commitment that the Greek Ministry of Education will persistently continue with its practices to combat antisemitism.”

The Israeli Embassy in Greece echoed the sentiments, stating that, “the heinous antisemitic graffiti found today on the walls of the Athens Jewish Cemetery during Jewish High Holidays is yet another reminder of the existence of evil.”