More than 1,500 rally in Bulgaria's first-ever march for tolerance and unity in face of neo-Nazis - World Jewish Congress

More than 1,500 rally in Bulgaria's first-ever march for tolerance and unity in face of neo-Nazis 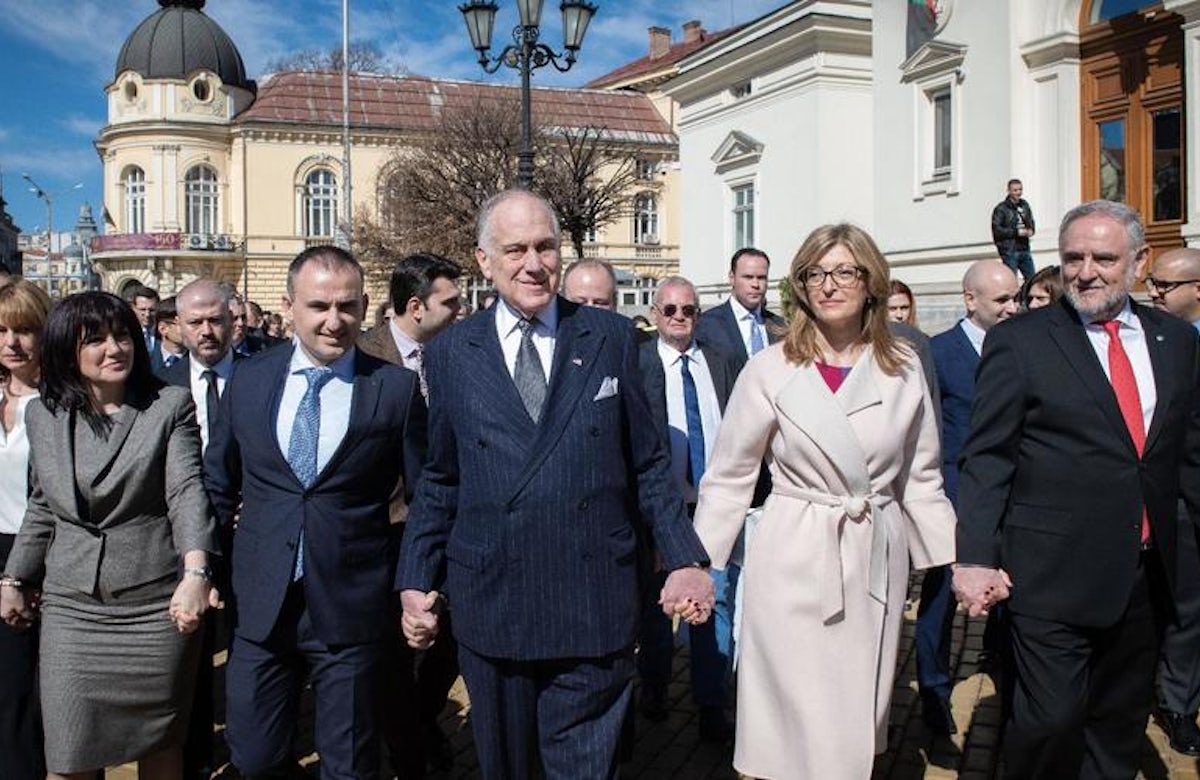 SOFIA, Bulgaria – The  World Jewish Congress and its affiliate, the Organization of Jews in Bulgaria Shalom, drew more than 1,500 people from across Bulgarian society onto the streets of Sofia on Sunday in the first-ever march of tolerance and unity held in response to the neo-Nazi Lukov March that takes place each February despite strong government opposition. The march was initiated by WJC President Ronald S. Lauder, who traveled to Sofia to take part.

"Together for Bulgaria, together for Europe” was organized in cooperation with the Sofia municipality on the heels of organized efforts by the WJC and Shalom to abolish the Lukov March, a torch-lit parade honoring a Nazi collaborator who sent 11,300 Jews from Bulgarian-controlled territories to their deaths in Treblinka. The march for tolerance took place on the 76th anniversary of the rescue of the Jews in Bulgaria proper from being murdered in the Holocaust. 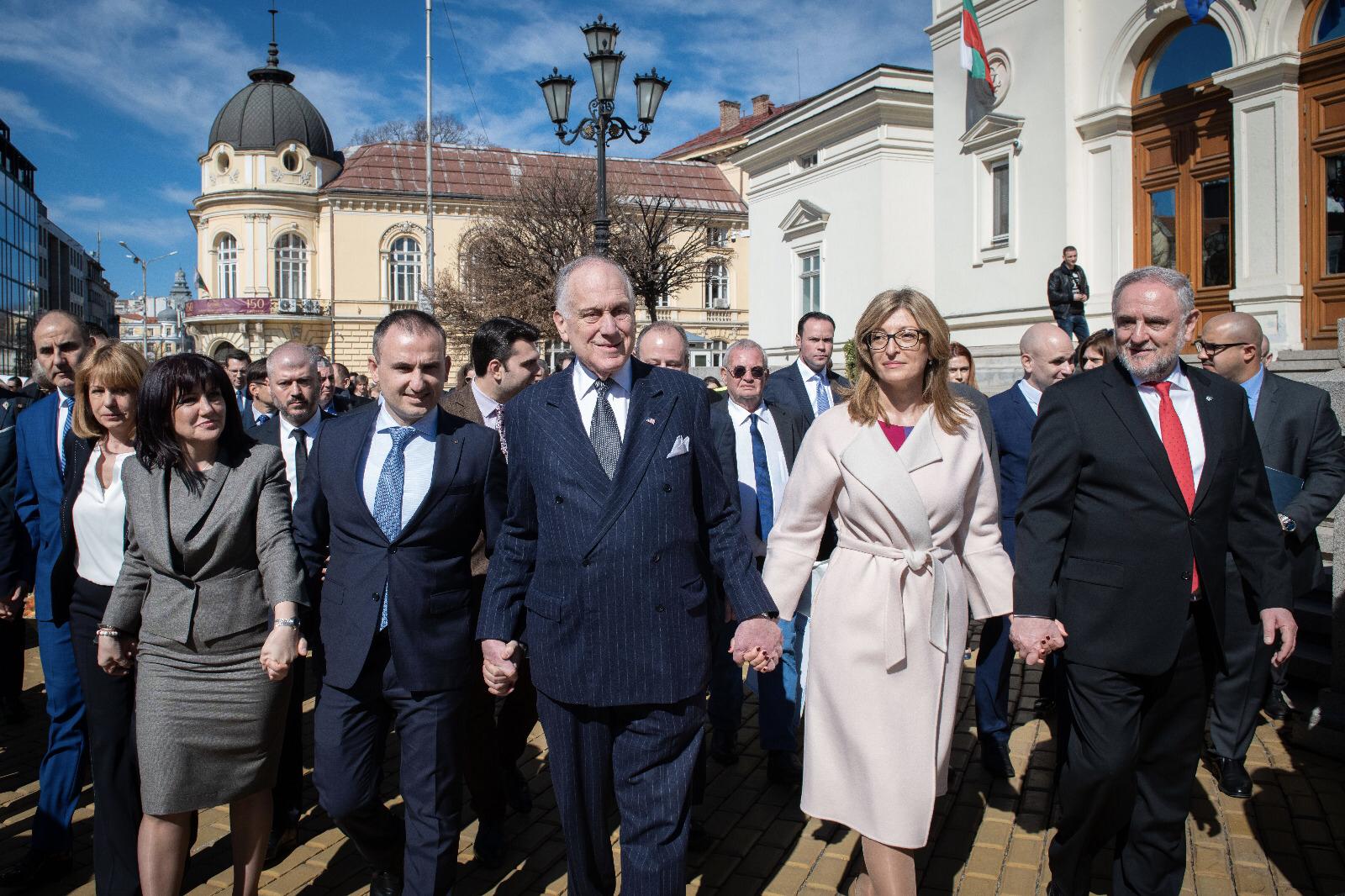 The march began at the City Square in front of the St. Sofia Church, and continued past the Holy Synod building, the Bulgarian Academy of Sciences, and the National Parliament, culminating with a flower-laying ceremony at the Monument of Gratitude, which recognizes the rescue of Bulgarian Jews. The more than 1,500 marchers were led by WJC President Lauder and Bulgarian officials including Foreign Minister Ekaterina Zakharieva, Speaker of Parliament Tsveta Karayancheva, Chairman of GERB Tsvetan Tsvetanov and Sofia Mayor Yordanka Fandakova, along with the President of the Organization of Jews in Bulgaria Shalom Dr. Alexander Oscar and WJC CEO and Executive Vice President Robert Singer. The march was also joined by ambassadors from countries including the United States, Israel, Germany, and the United Kingdom, among others.

Following the march, Bulgarian President Rumen Radev awarded Lauder with the Stara Planina Order 1st Degree, the highest honor given to non-Bulgarian citizens. The award celebrates Lauder's extraordinary dedication to the development and strengthening of friendly relations and cooperation between the global Jewish community and Bulgarian state institutions, civil society, and the local Jewish community, and also for his contribution to the development of education in Bulgaria.

In his address, President Radev noted that the joint initiatives of the World Jewish Congress and the Organization of the Jews in Bulgaria Shalom contributed not only to increasing intolerance and opposition to xenophobia and discrimination, but also to better cooperation with the Bulgarian institutions for action against antisemitism and hate speech. 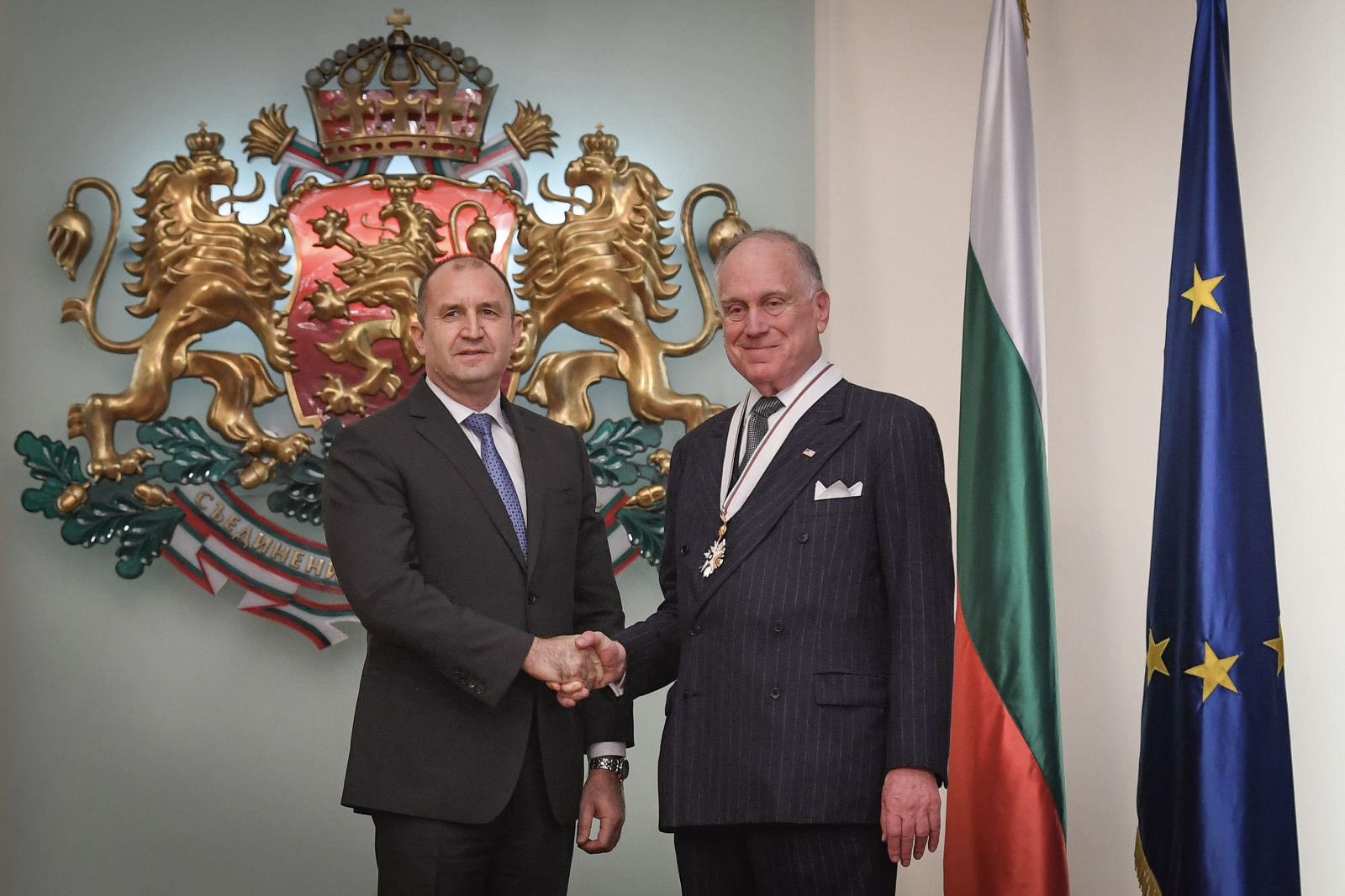 Lauder praised the Bulgarian people for standing up to the Nazis during World War II, and again now, against the rise of neo-Nazis. “Once again today, you showed the entire world that courage, moral clarity, and decency begin right here in Sofia,” he said. “Once again, the Bulgarian people, along with their leaders have stood together and said: ‘We will not tolerate anti-Semitism or hatred of any kind.’ President Radev and Prime Minister [Boyko] Borisov have been so responsive to any kind of anti-Jewish hatred, setting an example for all world leaders. The World Jewish Congress thanks you for your outspoken clarity.”

Dr. Alexander Oscar, the President of the Organization of Jews in Bulgaria Shalom, said: “The Sofia Municipality and the government of Bulgaria have sent an important message to the world today that hatred and manifestations of antisemitism have no place in this country. We are both grateful and encouraged by the unbelievably strong show of support given by the thousands of Bulgarian citizens who took part in this march, making it clear that while neo-Nazis may be gaining steam across Europe, unity and tolerance will always be the way of life here in Bulgaria. March 10th is a day to remember the responsibility we bear today to never stand still when other people are trying to destroy the world we are living in.”