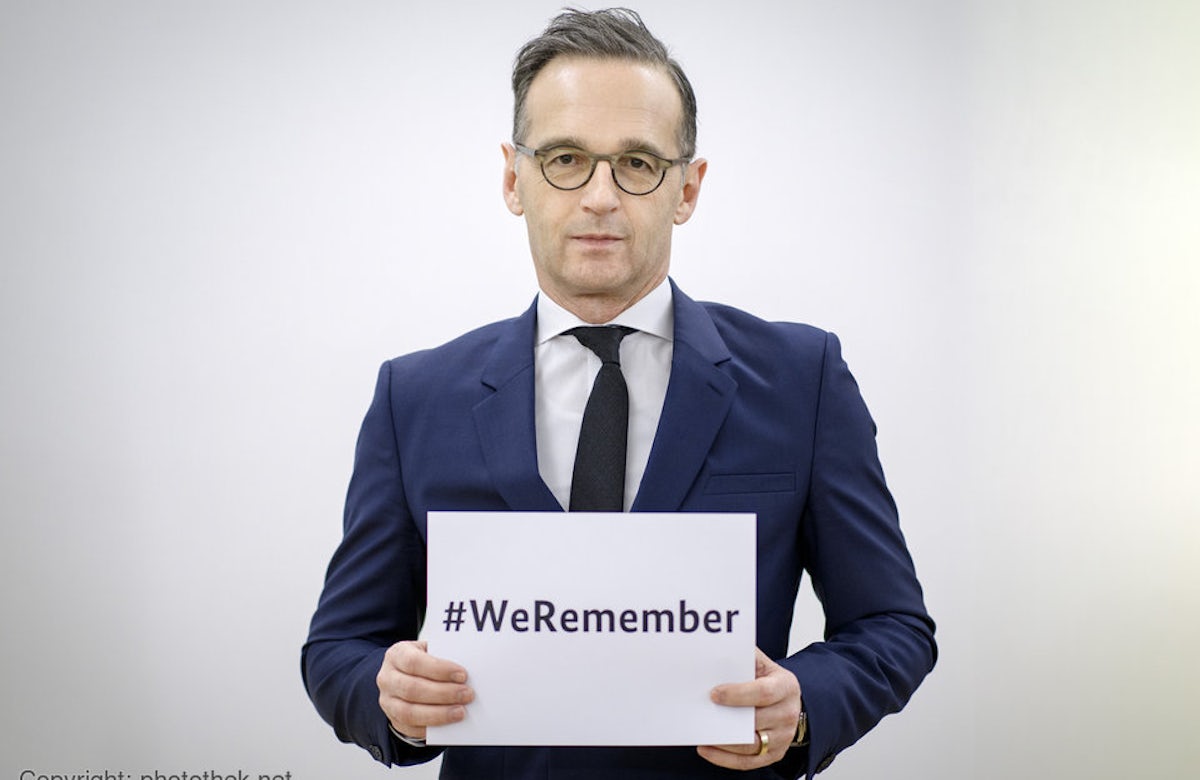 OSWIECIM (Poland) – As World Jewish Congress President Ronald S. Lauder joins Holocaust survivors and dignitaries from around the world on 27 January 2020 to mark the 75th anniversary of the liberation of Auschwitz-Birkenau, the WJC continues to encourage people from around the world to take part in the fourth annual #WeRemember campaign to raise awareness about the greatest crime in human history.

The #WeRemember campaign culminates Monday evening, as WJC President Lauder delivers his keynote address at the official commemoration ceremony on the site of the former death camp. The campaign urges social media users to post a photo of themselves holding a “We Remember” sign, together with a #WeRemember hashtag. Launched on 13 January in the lead-up to International Holocaust Remembrance Day, the #WeRemember campaign was trending on Twitter on Monday as high as fourth in the world, and first in Germany.

The #WeRemember campaign is part of the World Jewish Congress’s efforts to advance education as a means to combat ignorance and distortion of historical fact, particularly when it comes to the denial of the Holocaust, and symbolically culminates at the site of the former Auschwitz-Birkenau Nazi concentration camp with a live-streaming of participant photographs. Posting on social media and spreading the campaign is a small step the average citizens around the world can take to spread awareness of the Holocaust.

Recent polls have consistently demonstrated that consistently show that millennials and adults from around the world are in dire need of Holocaust education. A Pew Research Center study released last week found that half of American adults are unaware of basic facts about the Holocaust, including the number of Jews killed and how Adolf Hitler and the Nazis came to power. Other polls have reached similar conclusions, including that only 19% of French respondents were familiar with the Dachau concentration camp. Unfortunately, as more and more Holocaust survivors pass away, the challenge to ensure that people know about the atrocities of the Holocaust will increase. It is incumbent on everyone - Jewish or not - to ensure that the survivors’ memories are never forgotten and that the horrors of the past are not repeated

World Jewish Congress President Ronald S. Lauder will highlight the need for Holocaust education and the importance of preserving their memory during his address to Holocaust survivors, and dignitaries during the commemorative ceremony for the 75th anniversary of the Auschwitz liberation. The ceremony can be viewed live here.

In a statement submitted this month to the U.S. Commission on International Religious Freedom (USCIRF), President Lauder called for educational curriculums to “include courses and programs to educate students about the history of the Holocaust and the dangers of racism, discrimination, and indifference to the suffering of others.”

Board of Deputies president Marie van der Zyl (@BoDPres) together with Board of Deputies CEO Gillian Merron and the @MayorofLondon, Sadiq Khan, at today's ceremony at Auschwitz on #HMD2020 #WeRemember pic.twitter.com/1ADbNx6VFy

— Board of Deputies of British Jews (@BoardofDeputies) January 27, 2020

Auschwitz stands for the responsibility that we bear. 'Never again’ is and remains a guideline of our policy. Remembering Auschwitz is central for our everyday’s work. It must always stay that way, especially in Germany. – Foreign Minister @HeikoMaas #WeRemember pic.twitter.com/eKWIFedYeP

On the 27th January we commemorate the over six million Jewish victims of the Holocaust. It is our duty to make sure the world never forgets those horrors and to resolutely fight against all forms of anti-semitism & anti-zionism! #WeRemember pic.twitter.com/pY0puqlP81

It's been 75 years since the liberation of Auschwitz. Today, we honor the memory of those murdered in the Holocaust, and recommit to ending anti-Semitism, and all forms of bigotry and hate. #NeverAgain #WeRemember #HolocaustMemorialDay pic.twitter.com/Up8bJoHZ4p

Players from throughout the club have shown their support for the @worldjewishcong #WeRemember campaign ahead of International Holocaust Remembrance Day.

This is part of our #SayNoToAntisemitism campaign - educating our players, staff, fans and the community about antisemitism. pic.twitter.com/kcrYp1e26L