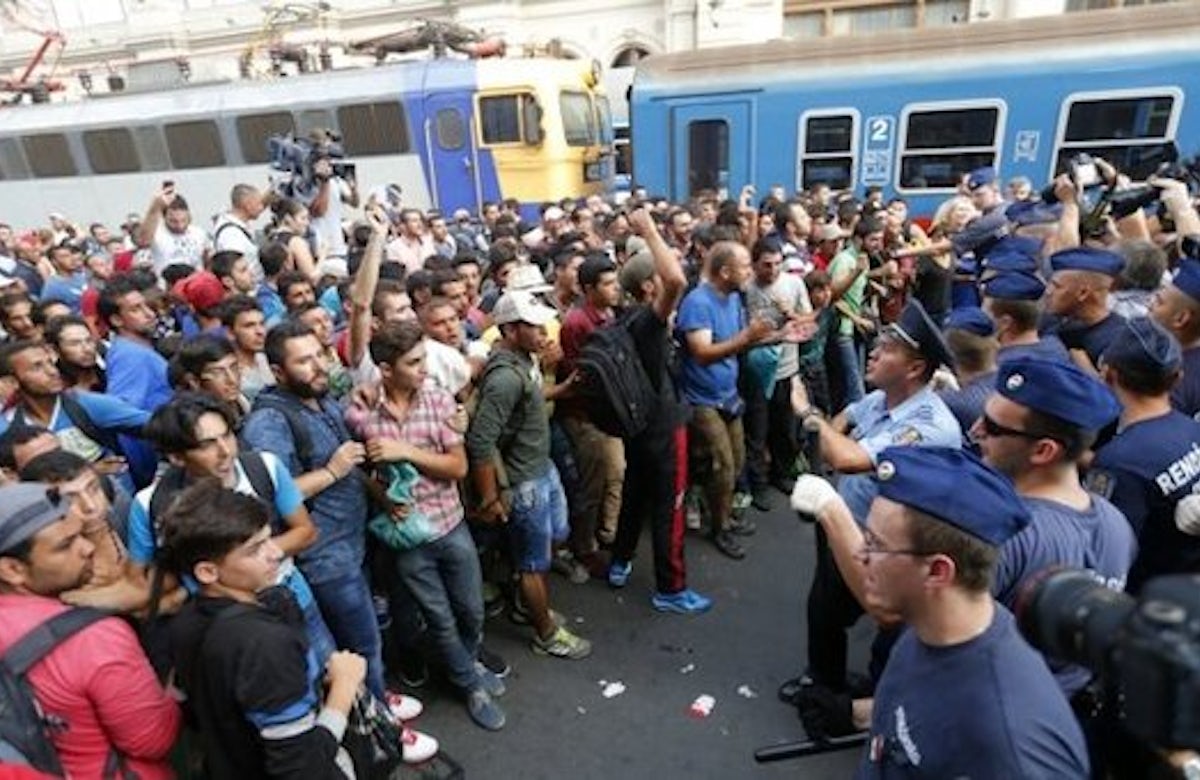 This summer’s TV images have been disturbing: Crying children, desperate women and men somewhere in Macedonia as they try to cross the border but are prevented from doing so by police and military forces wielding batons and spraying tear gas. In Austria, more than 70 refugees, including children, are found dead in a truck. In Germany, xenophobes torch yet unfinished new homes meant to house asylum seekers in an effort to prevent the refugees from coming to their town. And in Calais, every day refugees risk their life to somehow get to Britain. 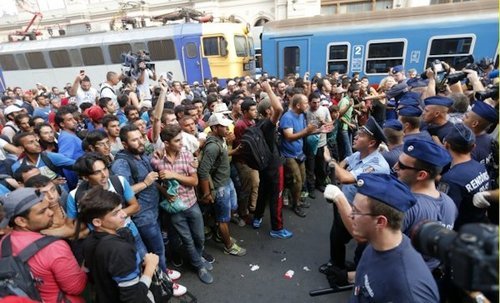 Although in recent years we saw regular updates about the atrocious wars in Syria, Iraq and Afghanistan, and the conflicts in Northern and Central Africa, watching TV in our living rooms, these appeared to be far-away conflicts. But now, the maltreated people come in their hundreds of thousands to Europe. Oftentimes, they walk here. Now, Europe can’t just turn away from the misery any more.

Of course, some here are tempted to just bolt the door of the living room to prevent any more people from entering. Some EU countries are under the illusion that stepping up border controls is the best response to the crisis. It isn’t.

Europe needs to act now. It needs to act as one, and not each country separately and differently. It’s high time for a united march towards more responsibility.

Our answer can’t be to close the doors. Not only would it not work, it would be immoral. The often heard statement that it’s better to fight the causes of migration in the refugees’ countries of origin instead of letting them all come here sounds a bit cynical in light of the current situation in Syria and Iraq where each year tens of thousands are being slaughtered.

In our collective Jewish memory, this refugee crisis may be reminiscent of the situation in Germany 80 years ago. When Hitler took power in 1933, there were 500,000 Jews in the German Reich. About half of them managed to escape the Nazis through flight and emigration. Most German Jews who left their homeland did so with a heavy heart. Yet doing so was a life-saving decision.

Let’s not forget that back then, most countries also tried to keep their borders closed. At the infamous Evian Conference of 32 states in 1938, there was only one country that declared its readiness to accept a higher number of Jewish refugees: the Dominican Republic. The catastrophe - the Shoah - came shortly after Evian, and some Jewish refugees were still sent back to Nazi Germany although it was already clear what awaited them there.

Not only governments, but also many citizens have learnt the lessons from the Holocaust era, and through television and social media, we are today not just better informed about what’s going on in some regions, we can also create pressure on the politicians to act in the right way.

Clearly, there is readiness among many Germans to help the refugees. It manifests itself not just through donations, but also through a number of private initiatives aimed at providing support to people when they arrive in Germany in a direct and down-to-earth manner. Jewish communities and groups are also very active in this field.

This sends an important message, especially in light of the disturbing pictures coming from places such as Heidenau. Decent Germany is rising, and it is not just talking, but taking action.

Recent opinion polls which show that a majority of people in Germany want to help these refugees are a signal to the politicians: We will overcome this problem, we will help these people, we will welcome them with open arms, we will be able to shoulder this.

These people are setting an example. One is inclined to tell the German president: Award them the Federal Cross of Merit, and please do so quickly!

And to the German federal and regional governments, one wants to say: Provide support to these volunteers!

The importance of learning the lessons of History is highlighted in many speeches. But it also needs to translate into action. The president of the Central Council of Jews in Germany, Josef Schuster, recently put it very succinctly: “Germany has brought the world so much disaster and is indebted to so many countries that ours is the last country that can afford to reject refugees and people who are persecuted.”

Of course, to a lesser extent that also rings true for other European countries. Therefore, Europe must not just resort to reinforcing its border controls, it must create adequate capacities for humanitarian aid.

Solidarity cannot be decreed by politicians, it needs to be implemented by the citizens. In Germany, to the surprise of many, that is happening right now. It was the best possible response to the negative events in Heidenau and elsewhere in the country.

And in this regard, Germans can and should be proud of themselves.

This opinion article by the WJC's Deputy CEO for Diplomacy Maram Stern was first published in the German Jewish weekly 'Jüdische Allgemeine'.