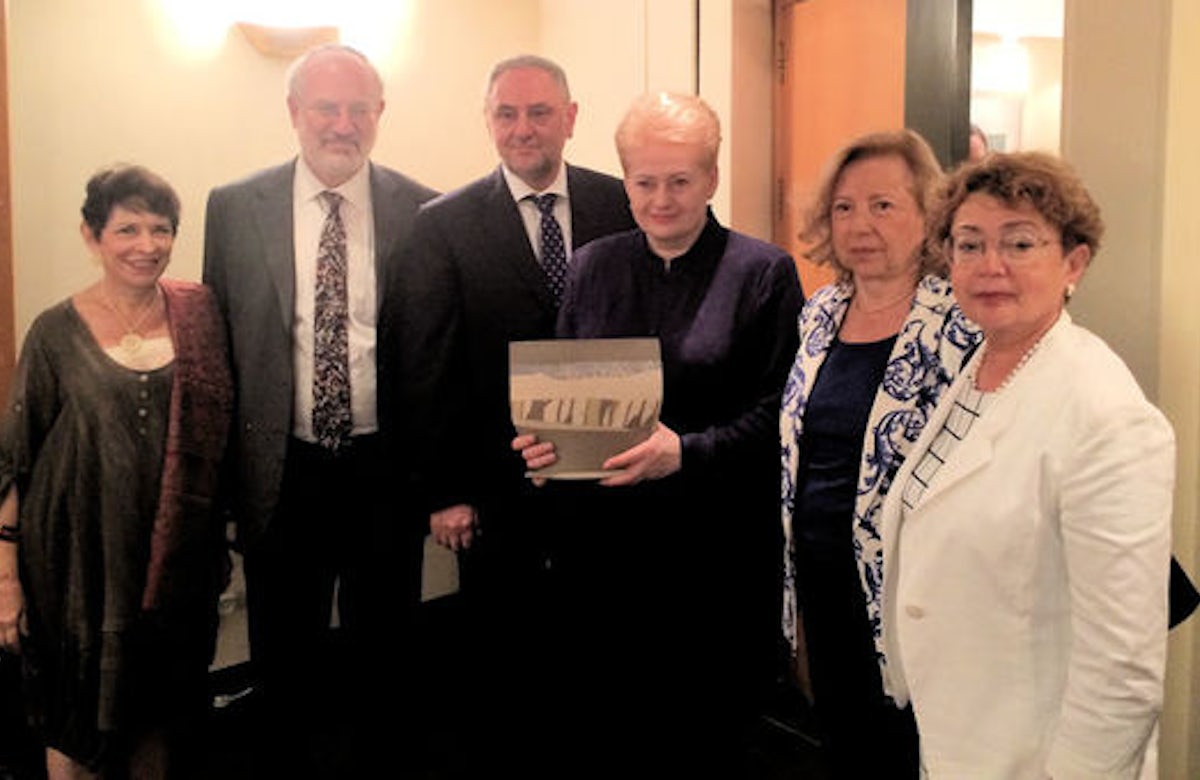 A delegation of the World Jewish Congress (WJC) and the Israel Council on Foreign Relations (ICFR) met with Lithuania’s President Dalia Grybauskaitė in Tel Aviv on Wednesday morning to discuss a number of issues. The meeting was also attended by the Baltic country's foreign minister, Linas Linkevičius. 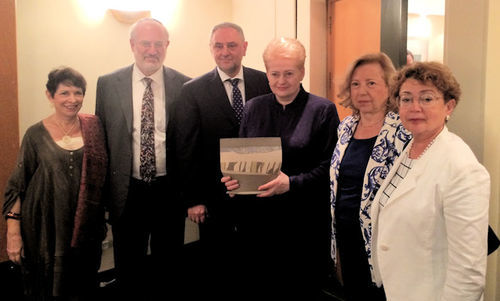 Grybauskaitė told the WJC-ICFR delegation: “Our society acknowledges its history. Our Jewish heritage is part of the heritage of Lithuania. Our support for Israel comes automatically. We understand what is going on in the Middle East, and we coordinate our position with the United States.”

WJC CEO Robert Singer praised the strong relations between Israel and Lithuania and added: “Lithuania’s support is much appreciated.”

Singer also raised the issue of neo-Nazi rallies held each year in Vilnius and Kaunas and said the Jewish world was “very distressed by this phenomenon, especially given the tragic history of Lithuanian Jewry.”

Grybauskaitė agreed that this was a problem but said it was difficult for the government to act unless the groups involved openly used Nazi symbols or explicitly incited to anti-Semitism and racism. She assured the delegation that this was an entirely marginal phenomenon. “They make lots of noise, but represent very few people.”

In recent years, Lithuania has tried to foster good relations with the World Jewish Congress Israel. In an address to a WJC-ICFR event last month, Lithuanian Prime Minister Algirdas Butkevicius pledged to ensure that all Jewish cemeteries in Lithuania would be “memorialized and marked” by the end of 2017.

In 2014, the World Jewish Congress established the WJC International Yiddish Center in Vilnius aimed at promoting cultural treasures created in Yiddish and the continuity of Yiddish learning and research.

Dalia Grybauskaitė took office as Lithuania’s head of state in 2009 and was re-elected in 2014. She previously served as a government minister and was Lithuania’s first European commissioner between 2004 and 2009.