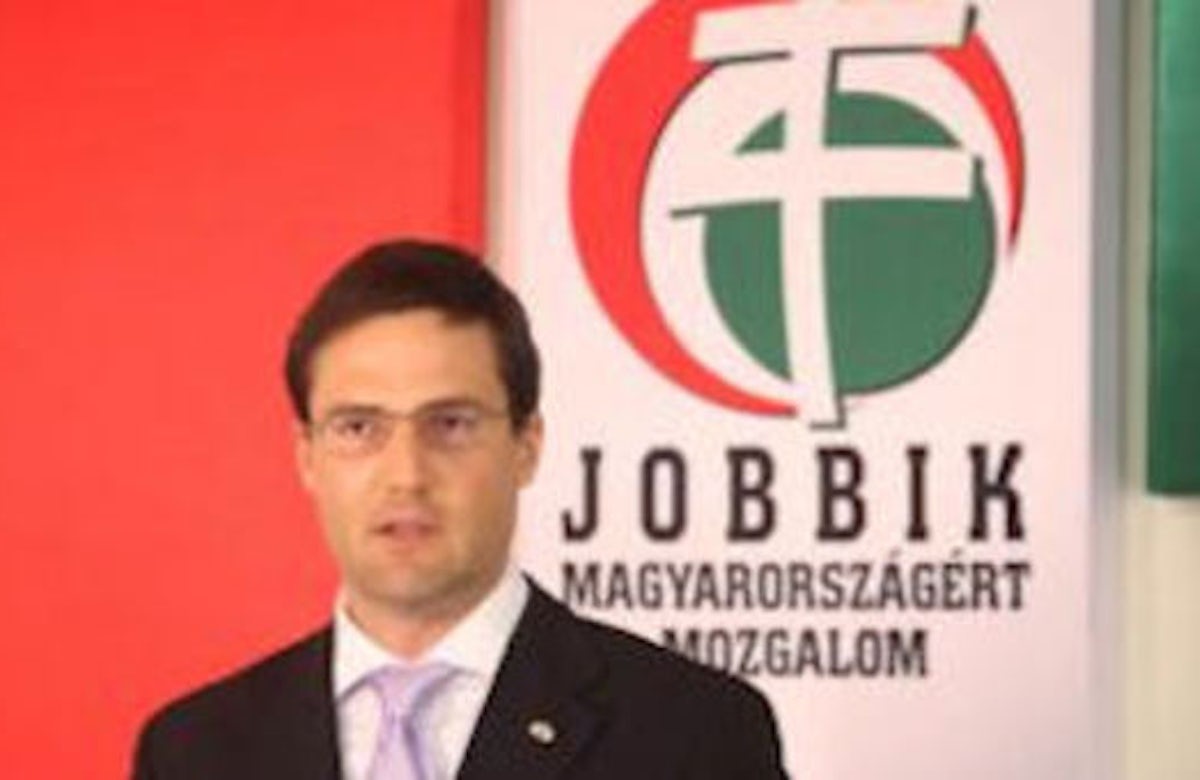 Márton Gyöngyösi, deputy leader and foreign affairs spokesman of Jobbik, the far-right party with representation in the Hungarian parliament, has openly questioned the Holocaust, claimed that Jews were colonizing Hungary and that Israeli treatment of the Palestinians amounted to a "Nazi system". In an interview with the Britsh weekly ‘Jewish Chronicle’, Gyöngyösi questioned whether Jews have “the right to talk about what happened during the Second World War".

Gyöngyösi - a member of parliament - questioned whether 400,000 Hungarian Jews really were killed or deported to the Nazi camps during the World War II. "It has become a fantastic business to jiggle around with the numbers," he told the newspaper.  Jobbik (which translates as Movement for a Better Hungary) currently holds 47 parliamentary seats and is the country’s third largest party. It is notorious for its homophobic, anti-Jewish and anti-Roma stance. An official in the Hungarian Foreign Ministry told the ‘Jewish Chronicle’: "We are very, very worried. The prime minister [Viktor Orban] could easily fall in the coming months, taking the ruling party down with him, and Jobbik is well-placed to become the largest party in Parliament in an election." 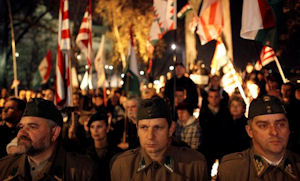 In 2007, Jobbik leader Gabor Vona set up the paramilitary Hungarian Guard, a now-banned civil defense force which patrolled the streets and used insignia similar to the Arrow Cross, the Hungarian fascist movement that helped the Nazis murder many of the country's Jews. Jobbik is opposed to foreign investment and sees Israeli business as a threatening force inside the country.  Referring to a speech made by Shimon Peres in 2007 in which the Israeli President celebrated the success of Israeli businessmen around the world, including Hungary, Gyöngyösi said: "Jews are looking to build outside of Israel. There is a kind of expansionism in their behavior. If Peres is supporting colonisation, it is a natural reaction for people to feel that Jews are not welcome here."

Israel was founded by "terrorists" and today ran a "Nazi system, based on racial hatred. Look at [Foreign Minister Avigdor] Lieberman, he's no different to Goebbels. He is a pure Nazi", Gyöngyösi declared in the interview.

Meanwhile, the ‘Jewish Chronicle’ said Jobbik is seeking to cultivate a relationship with Iran. In January last year, Vona took the Iranian ambassador to the Hungarian town of Tiszavasvari, which he called "the capital of our movement". And in October, Jobbik hosted a large Iranian delegation to Hungary, at which Vona declared: "For Iran, Hungary is the gate to the West." Gyöngyösi told the Jewish newspaper that “Iran is in the center of a Middle East axis that Israel and the US want to subjugate and keep under their control. Iran is an extremely peaceful country and never started a war, unlike Israel which has declared wars on anything and everybody around it."