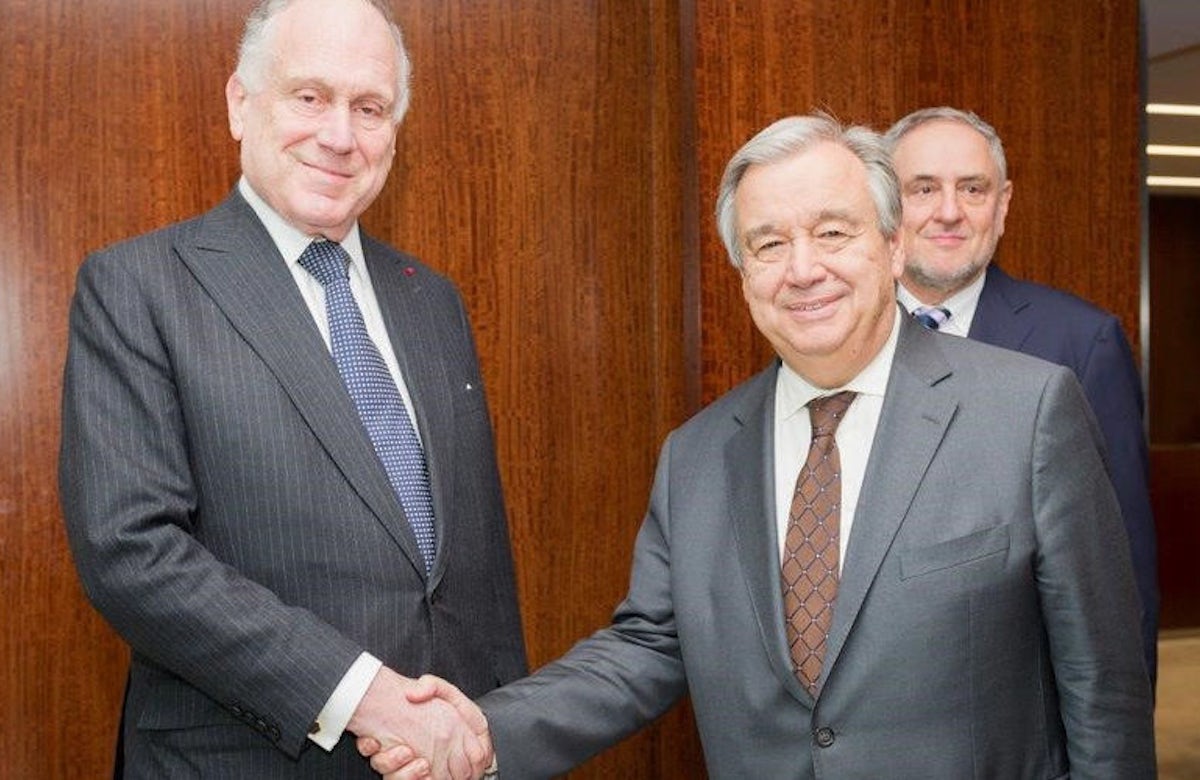 United Nations Secretary General António Guterres met with World Jewish Congress President Ronald S. Lauder this week and reiterated an earlier comment he made on Israeli radio that there is an absolute tie between the Jewish people and the land of Israel. 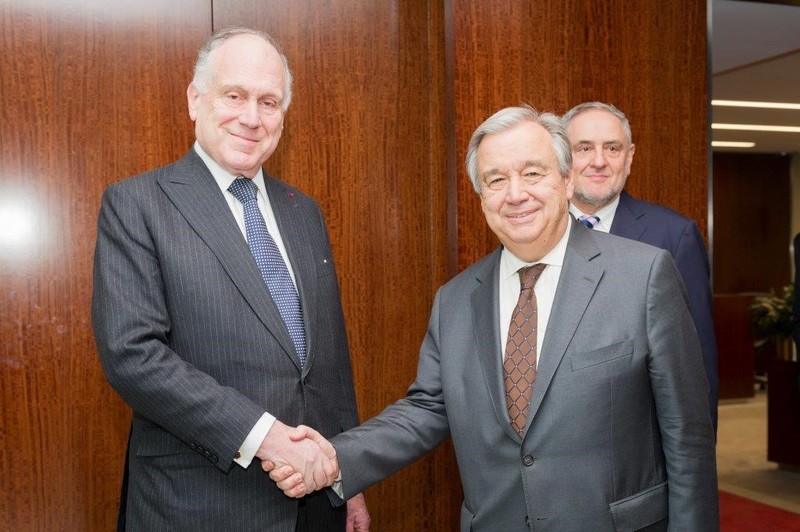 “It is completely clear the Temple that the Romans destroyed in Jerusalem was a Jewish temple,” Guterres said in the radio interview, referring to a recent Palestinian claim that the Jewish people have no historic ties to Jerusalem. In the radio interview, Guterres had also said there is “no doubt that Jerusalem is, today, a holy city for three religions. These are the facts that nobody can deny.”

Lauder told the secretary general that he found it “obscene” that 20 out of 26 resolutions passed by the General Assembly condemning all the countries in the world in 2016 were passed against Israel, a mere three were passed against Syria, where more than 500,000 have died, and only one each against Iran, North Korea, and Crimea.

“The UN was built on the broken bones of the Jewish people after World War II,” Lauder told Guterres. “It is an institution dedicated to making sure that what happened in the Holocaust never happens again.”

“So it is particularly outrageous that the UN has been hijacked by Israel’s enemies to delegitimize the Jewish state,” Lauder added. Guterres promised the he was “committed to act with impartiality” on all matters relating to Israel and the Middle East.

For his part, Guterres said that, while he could not keep the Human Rights Council from passing its anti-Israel resolutions, he could and would curtail any biased pronouncements. Just three days earlier, Guterres demanded that a vitriolic anti-Israel report written by two former UN functionaries, Richard Falk and Rima Khalaf, be withdrawn from the UN website. In response, Khalaf submitted her resignation.

The meeting between the UN secretary general and the WJC president took place hours after the UN Human Rights Council, meeting in Geneva for its 34th session, debated its contentious agenda Item 7 dealing with Israeli “human rights abuses” in the Palestinian territories.