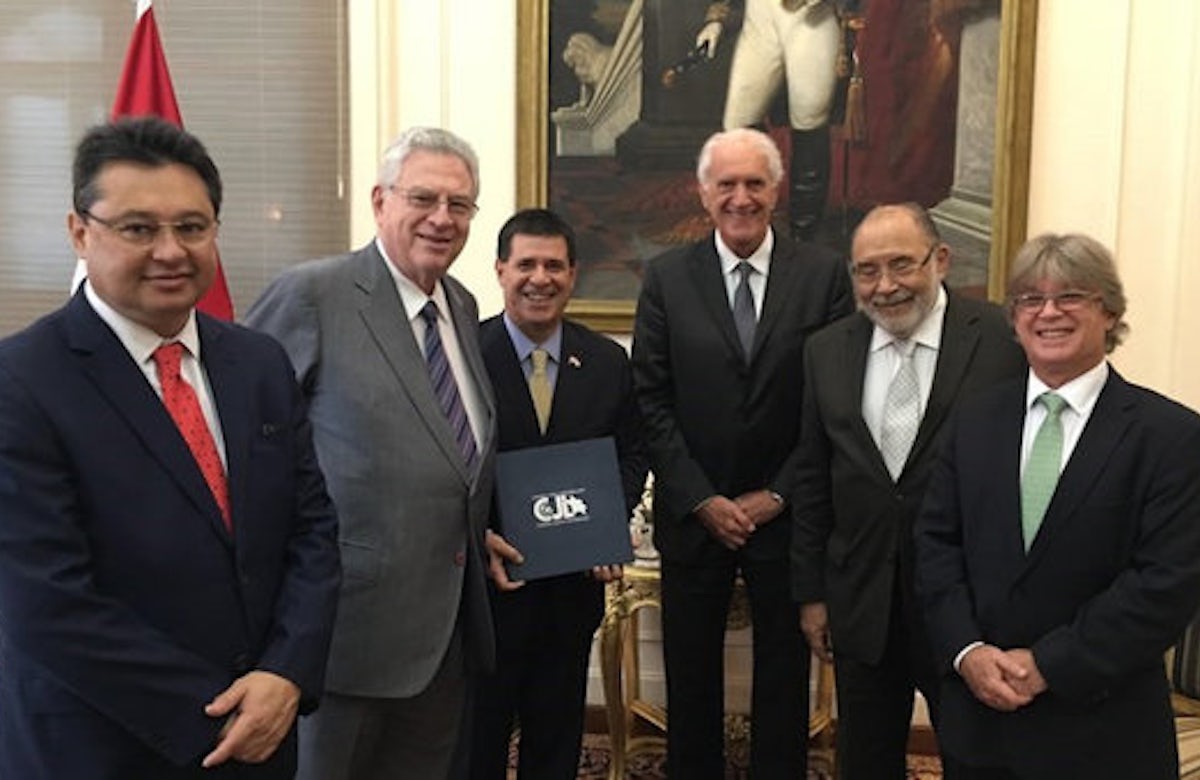 Paraguay’s President Horacio Cartes will receive the Shalom Prize from the Latin American Jewish Congress for his contributions to building coexistence. 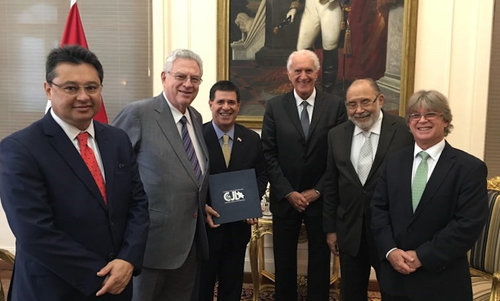 The Latin American branch of the World Jewish Congress awards the prize annually. In March, at a ceremony to be held in Buenos Aires, Cartes will be presented with the honor.

Jack Terpins, president of the Latin American Jewish Congress, said the LAJC was happy to recognize “people who make a significant contribution to building  coexistence” and explained that Cartes was selected for his “constant support of dialogue and negotiation, from a neutral place, about the situation in the Middle East."

Cartes declared: "The Jewish people have a lot of history, is very rich in tradition and memory, so this award is an honor for me. An LAJC delegation met with the Paraguayan president in the capital Asunción on Tuesday.

The award ceremony on 16 March will be part of the World Jewish Congress plenary assembly meeting in Buenos Aires. Cartes has already confirmed that he will be present in Buenos Aires to receive the award.

In July 2014, World Jewish Congress President Ronald Lauder thanked the government of Paraguay for refusing to sign an unbalanced resolution offered by the Mercosur, a trade group of five South American nations, during hte month-long Gaza war. “President Cartes of Paraguay took a brave stand by refusing to sign the harmful and unbalanced resolution on the Israel-Hamas conflict offered by the other Mercosur nations. We thank him for insisting on fairness, which this declaration lacked.”

The Shalom Prize was established to recognize individuals or organizations who seek peace. Other Latin American presidents that have received the award include  Michelle Bachelet of Chile in 2008 and Juan Manuel Santos of Colombia in 2012.