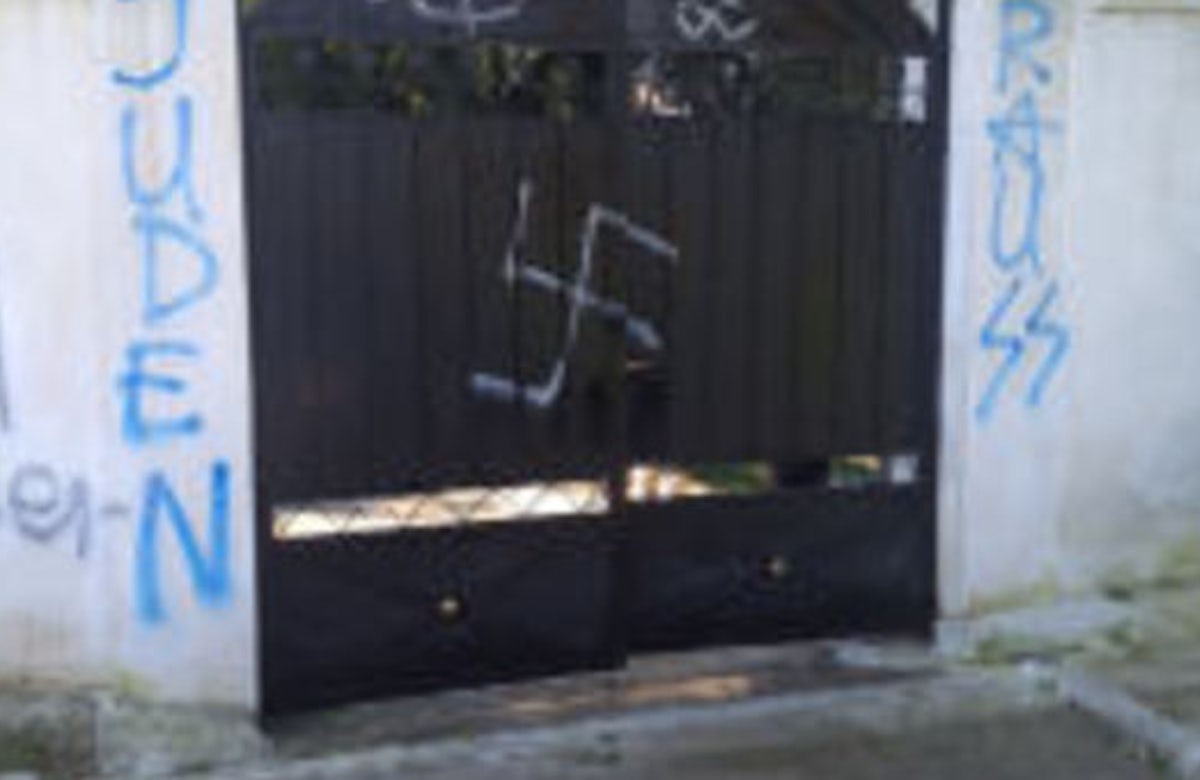 The Jewish cemetery in the Greek town of Larissa was vandalized with anti-Semitic graffiti signed by “Larissa Skins” on December 23rd.

Following this act of vandalism, the Central Board of Jewish Communities in Greece, the WJC affiliated umbrella organization of Greece’s 5,000-strong community, issued the following statement:  "The Central Board of Jewish Communities in Greece, the Jewish Community of Larissa, and Greek Jewry express their sorrow and indignation and strongly condemn the desecration of the Jewish cemetery of Larissa with swastikas, threats such as “six million more” and anti-Semitic phrases similar to those used by the Nazi to exterminate the Jews of Europe. The desecration of a cemetery, which is a holy place for all religions, is not only an insult to the memory of our dead brothers, but also an insult to the culture of our country and the city of Larissa,” the statement says.

The organization called upon the Judiciary, and Municipal and State authorities to take all the necessary measures to apprehend and punish those responsible and also to protect the Jewish holy places in the country, in order to avoid repetition of such phenomena. “We also expect the representatives of the State and the Civil Society, to come forward and express a strong and determined condemnation of this specific act as well as of any act of anti-Semitism, which is not only a threat to Jews, but also a threat to our democracy,” the organization stated.