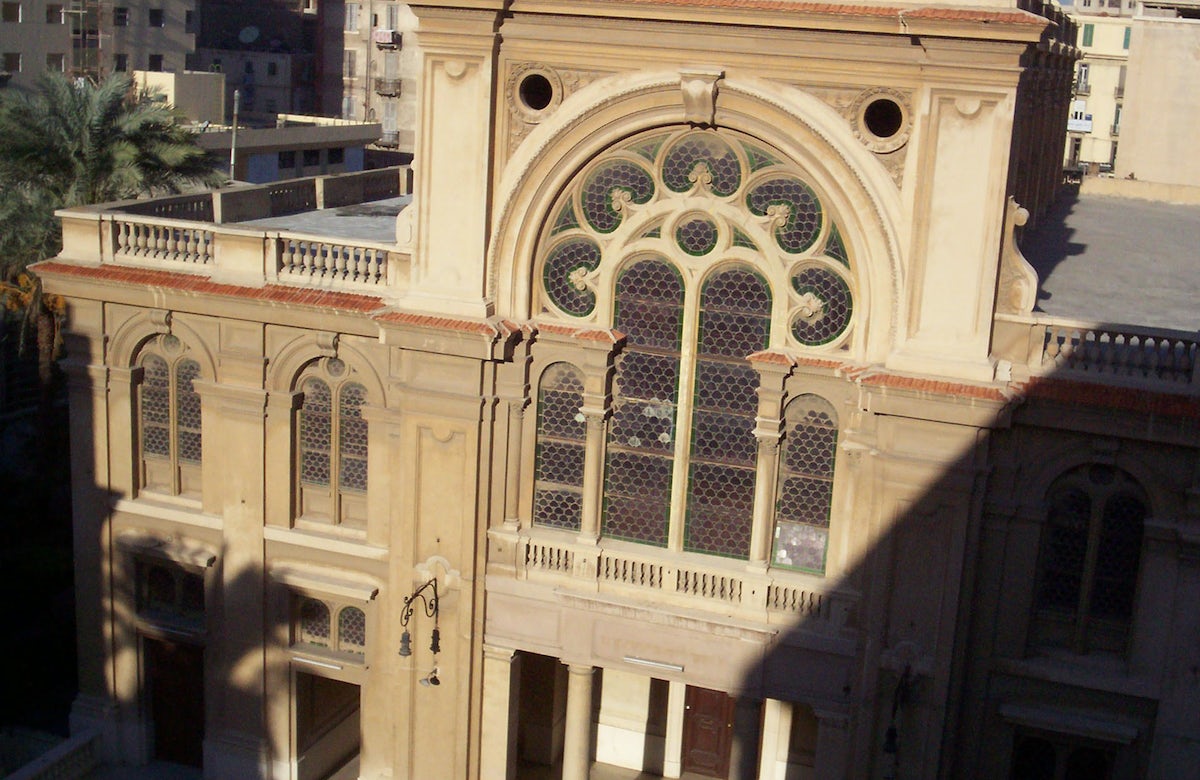 The city of Alexandria in Egypt once stood as the quintessential example of a cosmopolitan society, earning the title of “Pearl of the Mediterranean” and by the turn of the 20th century, it was home to several different sects of Muslims, Jews, and Christians, all living and working together. While regional shifts have whittled the number of Jews living in the city down to just a handful, their remaining grandiose structures stand as daily representations of the city’s storied past, one of which has been described as among the most magnificent in the world, according to Egyptian newspaper, Akhbar El-Yom.

Detailed in Egyptian news outlet Masrawy, the Egyptian Secretary-General of the Supreme Council of Antiquities, Dr. Mostafa Waziri, announced at the end of 2018 that Egypt would designate 1.27 billion EGP ($76.1 million) to restore heritage sites in Egypt of national importance, including several Jewish synagogues.

One of the largest in North Africa, the Eliyahu Hanevi Synagogue in Alexandria has been the site of much restoration and rejuvenation of Jewish heritage, following President el-Sisi’s interest in incorporating Jewish history into the greater Egyptian narrative, according to the Jerusalem Post. On August 6, 2019, the Ministry of Antiquities announced on their Facebook page that the restoration efforts were about seventy-five-percent complete, and the project would be finished by January 2020, with the possibility of a future museum to be constructed.

The Supreme Council of Antiquities further documented the Yaakov Menashe Synagogue in Alexandria and recommended a revitalization effort after designating it as a site of significant national heritage. The report, Egyptian Facts: Number 179, published on August 8, 2019 by the Supreme Council, extensively details the minutia of the synagogue as its congregants left it almost sixty-years ago, down to the names inscribed on the seats of the pews. It is not clear yet what project the Ministry of Antiquities plans to undertake in this synagogue.

In a country whose industry is fueled by the preservation of antiquities for tourism, Egypt has made it clear that the restoration of its Jewish heritage sites will be prioritized on its agenda, strengthening its image to Jewish tourists in a similar fashion as Morocco or Tunisia.