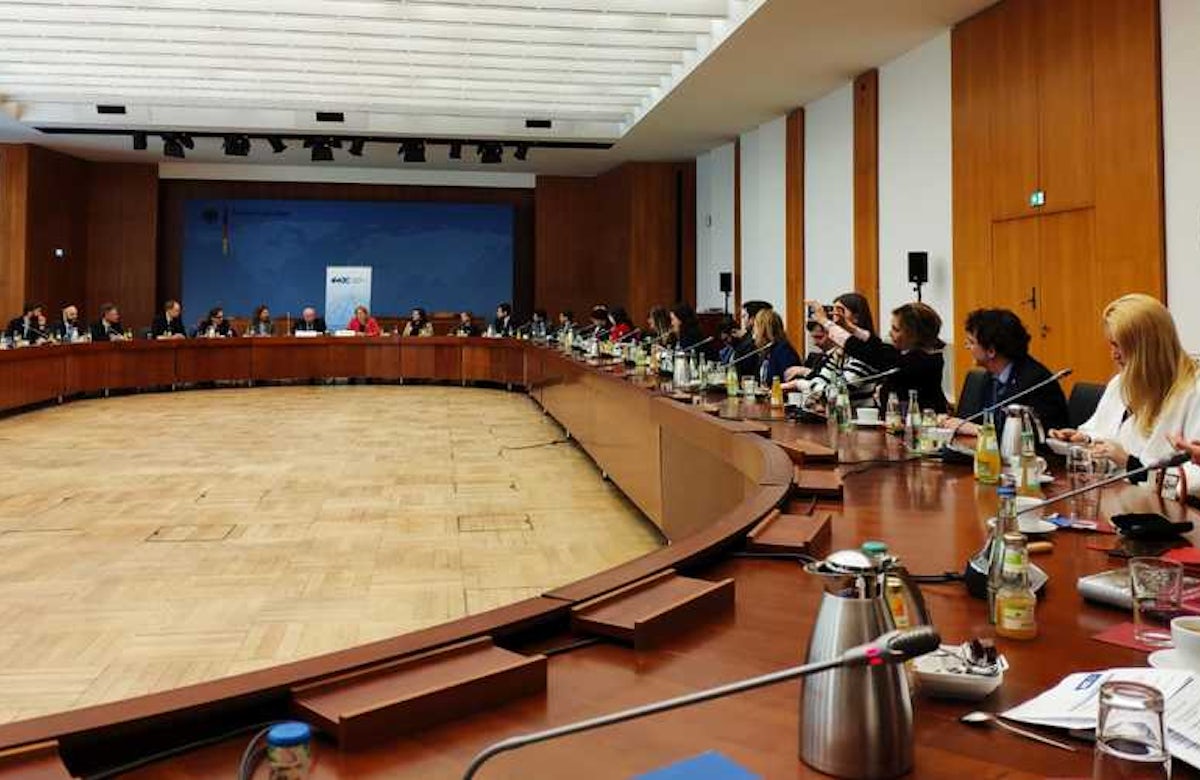 BERLIN – The World Jewish Congress convened 45 members of its Jewish Diplomats Corps from 20 countries this week in Berlin for a regional induction meeting, and to conduct top-level diplomatic meetings on behalf of world Jewry.

As part of the conference, members of the WJC’s flagship diplomatic program met on Tuesday with several top officials at the German Ministry of Foreign Affairs to discuss the rise of antisemitism worldwide, the importance of Holocaust remembrance, and the unfair treatment of Israel at international organizations such as the UN.

German State Secretary Antje Leendertse welcomed the WJC Jewish Diplomats and expressed her great appreciation for the work of the WJC. She gave an overview of the work and policies of the MFA related to the Jewish people and Israel, including that it is a long-standing position of Germany that “Israel should be treated like any other member state” at the UN.

WJC Jewish Diplomat Philip Rosenberg (UK) raised the UK’s recent decision to oppose all resolutions under Item 7 – the only permanent agenda Item at the UN Human Rights Council which singles out one country for criticism, Israel – and stated that it would make a big difference if Germany would take the same stance.

State Secretary Leendertse replied that while Germany’s position is to put an end to the singling out of Israel at the UN, “trying to abolish Item 7 is too bold of a position.”

Jacob Turner (UK), WJC Jewish Diplomatic Corps Steering Committee, thanked Germany for adopting IHRA’s working definition of antisemitism, and pointed out that one example of antisemitism under the definition is “applying double standards by requiring of Israel a behavior not expected or demanded of any other democratic nation,” asking the State Secretary why Germany could not condemn Item 7 under this premise.

“If asked, we would say that Item 7 is antisemitic,” State Secretary Leendertse responded. 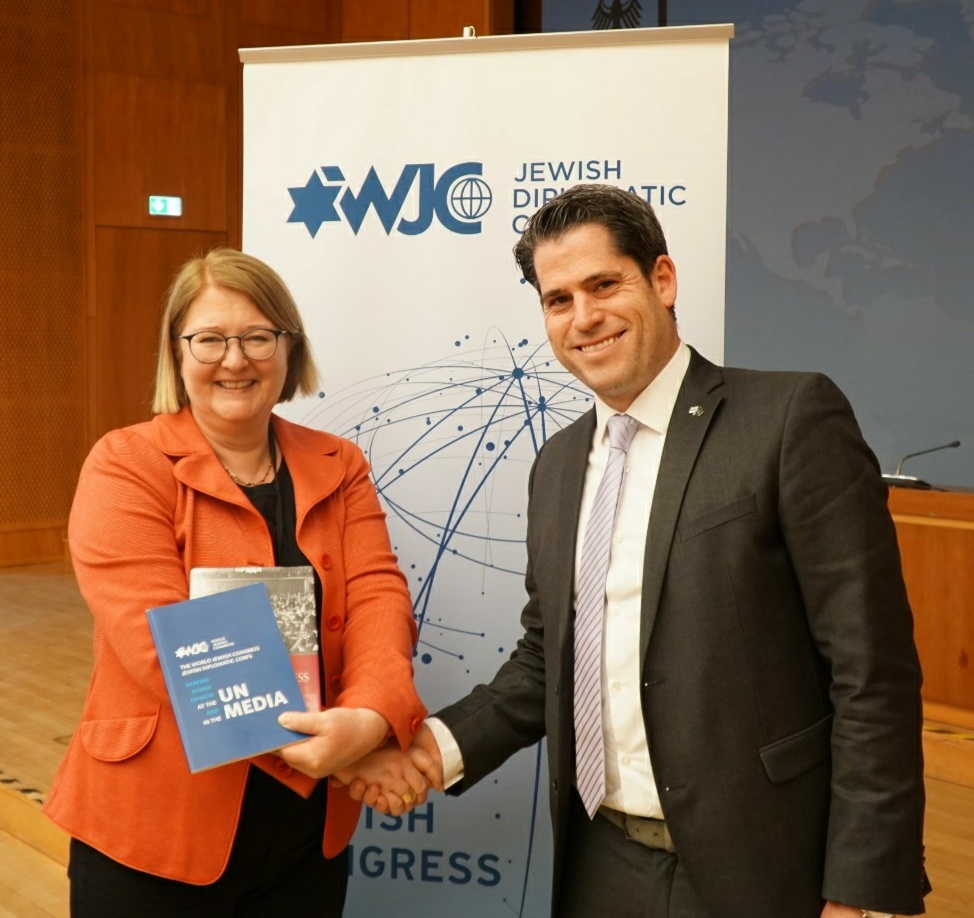 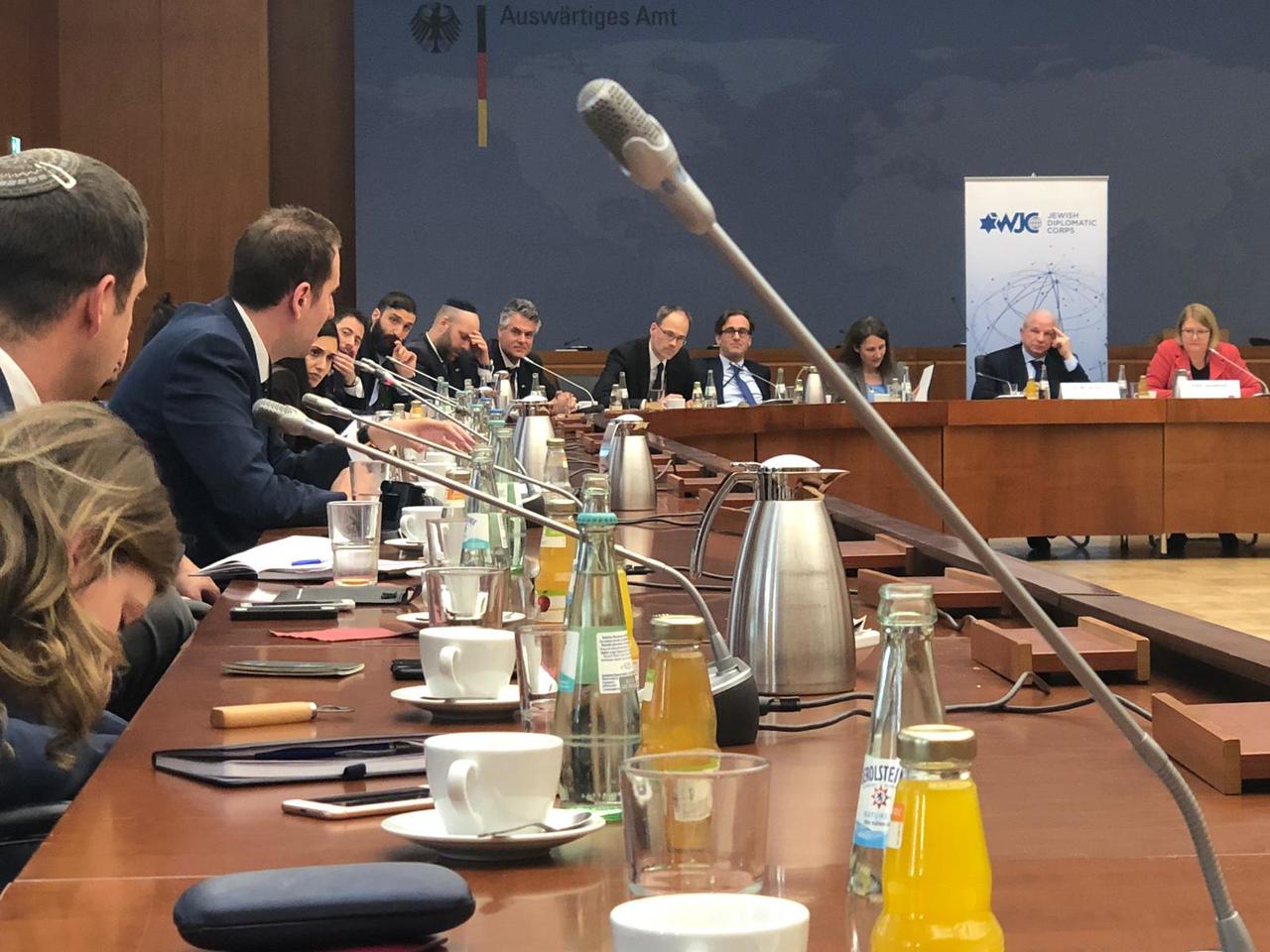