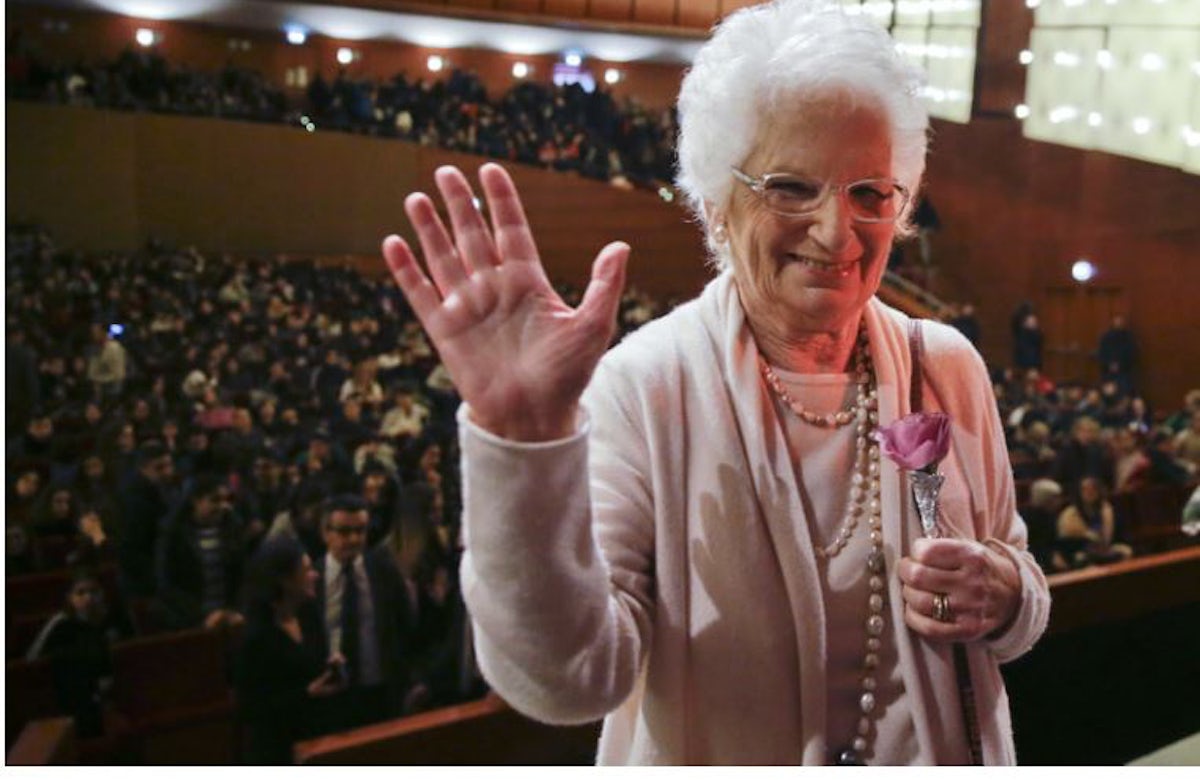 Amid a rising tide of antisemitism, Ms. Liliana Segre, an Italian holocaust survivor and senator for life, was assigned a police escort last week after receiving hundreds of hateful threats online. Considering the seriousness of some of the threats, the prefect of Milan, Renato Saccone, along with the committee for security and public order, determined that Ms. Segre needed police protection.

While the attacks on Ms. Segre, an outspoken advocate for minority rights and against antisemitism, were not new, she received a barrage of hateful messages over the past few days. This followed a proposal by Ms. Segre to create a parliamentary committee to combat racism, antisemitism and incitement to hatred. The motion passed, even though center-right and right-wing parties decided not to back it.  Among several messages of support received by Senator Segre, President Reuven Rivlin, in a show of solidarity, personally invited her to Israel.

Ms. Segre was 13 when, in 1944, she was deported to Auschwitz along with several members of her family, including her father, who was murdered soon after his arrival at the Nazi death camp. After the war she returned to Italy. She started speaking publicly about her experience during the Holocaust in the 1990s, especially in schools. In recognition of her efforts, Ms. Segre was made a senator for life by President Sergio Mattarella in January 2018.

"Italy cannot afford to be ripped apart again the way they were in the 1930s and '40s. And the people today don't remember what happened," WJC President Ronald S. Lauder told NPR while on a visit to Rome last week, warning that Italy today risked forgetting its past as a Fascist ally of Nazi Germany.