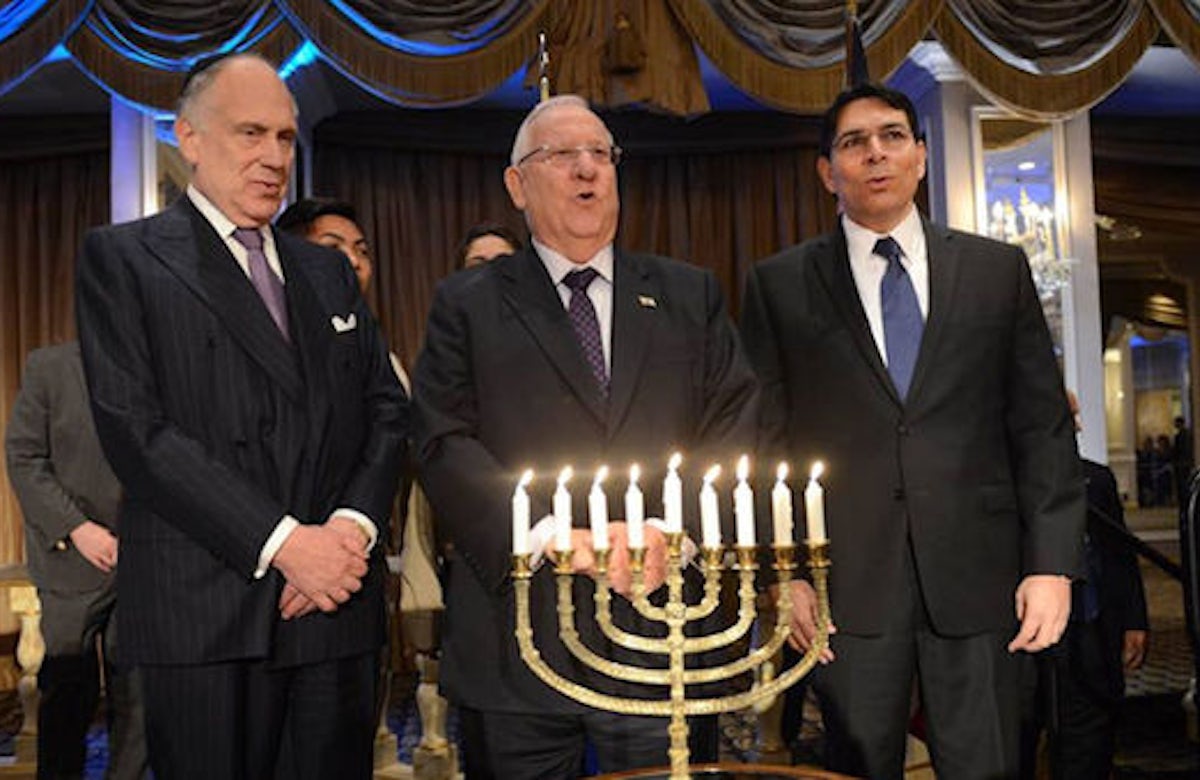 Israel's President Reuven Rivlin, World Jewish Congress President Ronald Lauder and the Israeli ambassador to the United Nations, Danny Danon, lit the last candles of Hanukkah at an event in New York on Sunday along with diplomats and officials in the Jewish community. 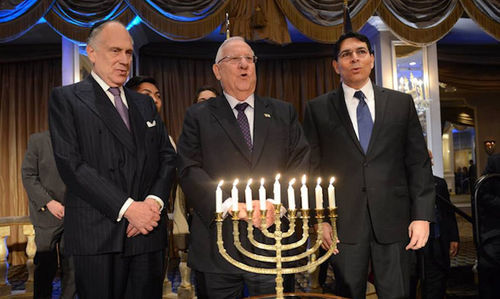 The ceremony was initiated by the UN’s Israeli Embassy with the World Jewish Congress (WJC), and the message delivered was the desire to harness the international community to understand the “darkness” that terror attacks spread around the world.

Rivlin said at the event that he was impressed with the way that the UN was trying to change its way, but was is still not a fan of Israel.

"During Hanukkah, we remember the events of the past yet turn to the future. This year, the United Nations Development measures will be adopted for the next 15 years, and only last week, Israel has set the goal to assist in the development of technology and farming in developing countries. As a Jewish and democratic state, Tikkun Olam and healing are parts of our basic principles," said the Israeli president.

He noted that "too often, Israel finds itself a target at the United Nations to attacks motivated by politics. Yet we will not shy away from expressing our position, even as the few against the many, due to the belief that light that Israel distribute, not only on Hanukah, but every day, will overcome the darkness of extremism , violence and terrorism. "

Danon said that at this time the UN must also understand the position of Israel better. "We must unite against global terrorism, and to illuminate the darkness that prevails around the world."