Is there a future for Jews in Germany? | By WJC Jewish Diplomat Aaron Serota - World Jewish Congress

Is there a future for Jews in Germany? | By WJC Jewish Diplomat Aaron Serota 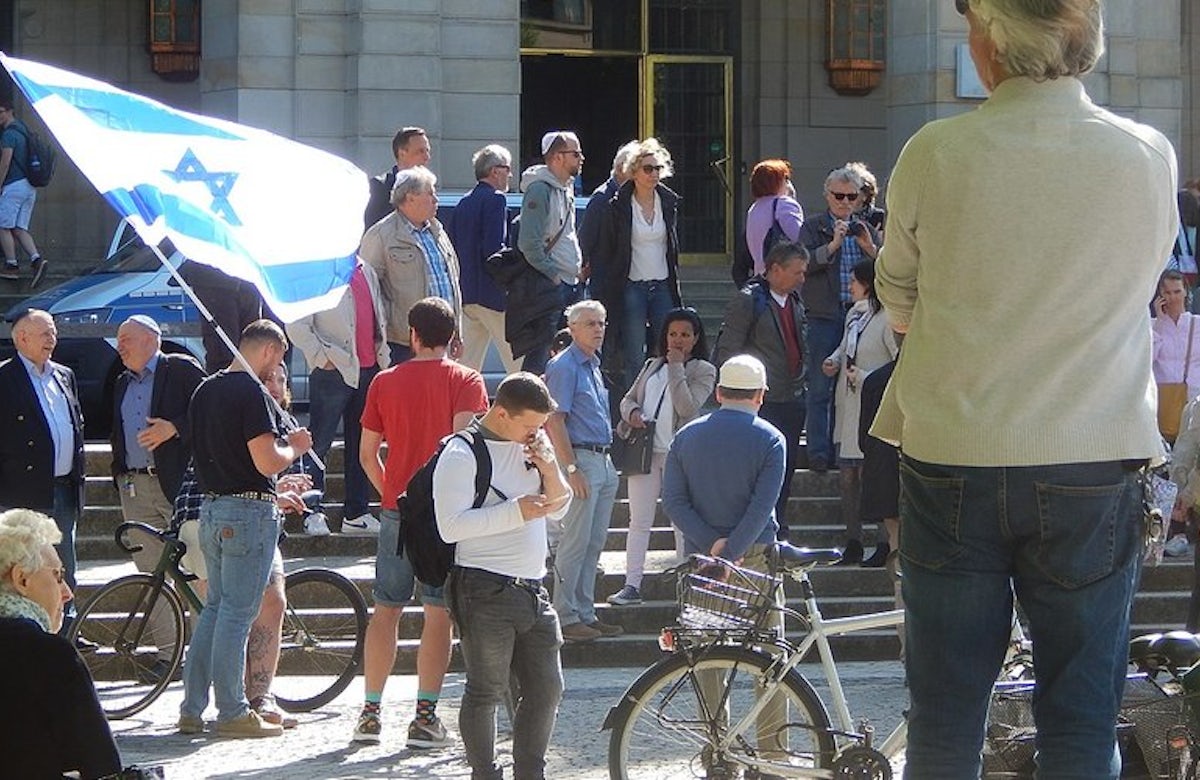 Over the past few years, the number of antisemitic incidents in Germany has been rising sharply.

One of the first headlines I read a few weeks ago was about a 17-year-old Jewish boy who was slapped in the face in a school in Berlin's Charlottenburg district. Recently in Hanover, a young family’s front door was sprayed with the word "Jew” and their doormat had been set on fire. The neo-Nazi party Die Rechte (The Right) also changed the slogan of their newspaper from “The Jews are our misfortune!” to “Israel is our misfortune!”

Despite the dangerous history of antisemitism in Germany, and the efforts of its post-war governments to repent for it, there is still rise in hatred against Jews. While many antisemitic incidents are still committed by the far-right, there are increasing levels of antisemitism on the far-left, as demonstrated primarily by the boycott movement against Israel.

Media coverage of Israel is often problematic, with increasingly unbalanced reporting of Israel and an obsession with criticizing the world’s only Jewish state. These sentiments have led to Jewish children and adults alike being targeted, just because they are Jewish. This was most evident during the 2014 military confrontation between Israel and Hamas, in which opposition to the war manifested in an  increase in antisemitic incidents and attacks against Jews in Germany.

Antisemitism did not suddenly disappear in Germany after the Holocaust. Antisemitism continues to exist today and it presents itself in vastly different ways than it did before the Second World War. The advent of social media has allowed hatred to be spread much more openly, conflating antisemitism and anti-Zionism, and paving way for the spread of Holocaust denial and obfuscation. It is louder and it is more socially acceptable than any time since the Holocaust to express negative sentiments against Jews.

It is of great concern that the resurgence of antisemitism around the world has reached such a point. Jews must be wary of displaying in public even the most basic symbol of their Jewish identity out of fear for their own safety. Certainly, this is a reality that cannot be allowed to continue.

And sadly, this reality has been the case for years. Jewish community centers, synagogues, and Jewish institutions across Europe are been being protected by the police. Socially acceptable antisemitism might be on the rise – but Jews have always been faced with adversity and the need for proper security.

Although Germans are aware of the history of the Holocaust, daily Jewish life is unknown to a significant amount of people living in Germany.  Jews often feel very alone and automatically have to be prepared to deal with being questioned about everything people may have heard about Jews.

A research paper on Jewish perspectives on antisemitism (Jüdische Perspektiven auf Antisemitismus) from 2017 showed that around 78% of the Jews in Germany feel that antisemitism is a growing problem in Germany and has increased in over the past 5 years.

But who is going to take a stand? Who is responsible? To whom does this concern? How visible is Jewish life in Germany and how visible can it be in the future?

Having all those questions, what can be done in order to combat antisemitism?

Governments and the international community must prioritize the fight against antisemitism. One such step would be to recognize Hezbollah – often glorified by Palestinian activists in the annual Al Quds March - as a terrorist organization in its entirety. Several states such as the United States, the United Kingdom, Canada, Bahrain, the UAE as well as the Arab League and the Gulf Cooperation Council, have already recognized Hezbollah as a terrorist organization in its entirety. Others have designated only the military wing as such, including the EU and Germany.

On a personal note, I have lived in Frankfurt my whole life and have not experienced antisemitism personally. Because Jewish life is highly visible in Frankfurt, this may have helped preserve Frankfurt as a positive example of how Jewish life can look like in Germany.

Still, about half of the Jewish population in Germany is over 60. Many Jewish communities may not exist in 20 years. That being said, Germans are left to wonder how Jewish life will look like in the future.

There are many questions concerning the future of Jewish life in Germany, Europe and worldwide. But are there more questions than answers?

On June 17-18, 2019 the WJC will convene in Bucharest, together with the Romanian Presidency of the EU, an unprecedented meeting of dozens of countries’ special envoys on combating antisemitism and protecting Jewish life around the world for in-depth discussions on best practices and collaboration.

Maybe in Bucharest we will find the answers to many of the questions we all have. However, the fight against antisemitism cannot be left to Jewish organizations and special envoys alone. All of society must join together to fight this plague that has haunted the world for thousands of years and realize one vital truth - while antisemitism always starts with the Jews, it never ends there.

By Aaron Serota, member of the of the flagship diplomacy program of the World Jewish Congress (WJC), the WJC Jewish Diplomatic Corps, a worldwide network of 300 Jewish professionals from 50 countries acting in the fields of diplomacy and public policy on behalf of world Jewry.