Iran's top leader spells out plan for the 'elimination of Israel' 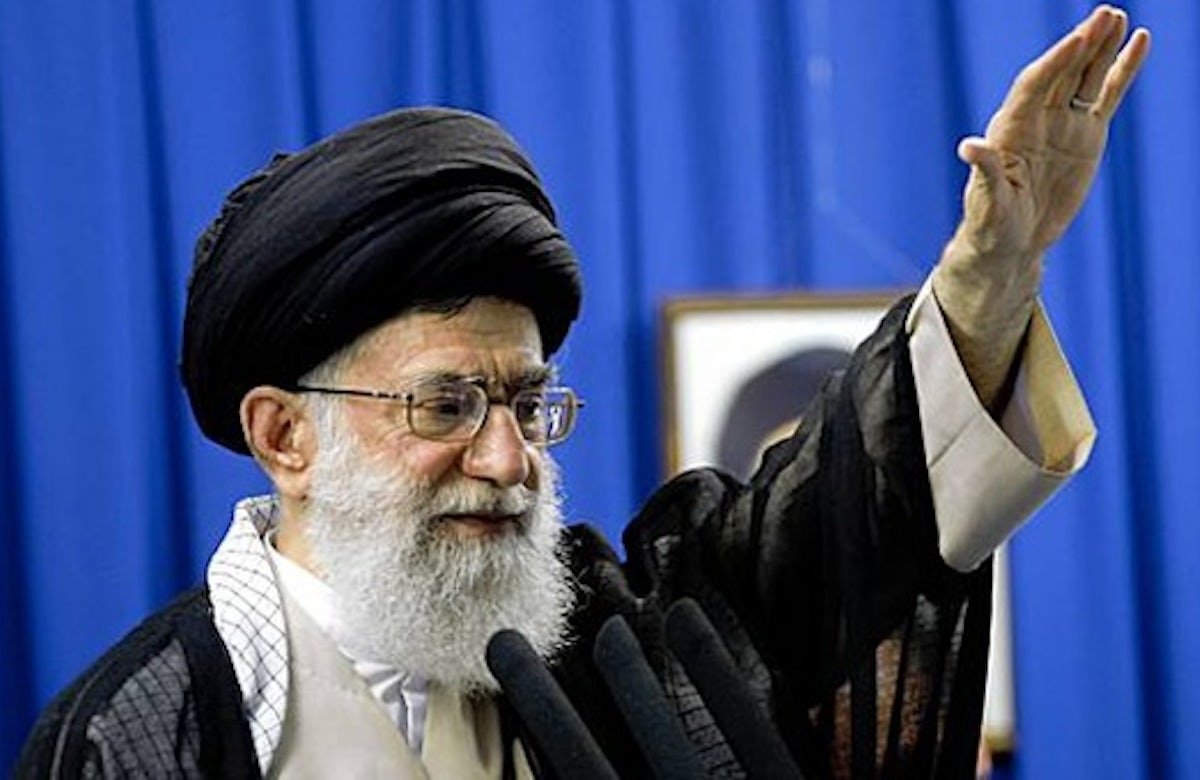 Ayatollah Ali Khamenei, the supreme leader of Iran, released a detailed plan Sunday on how to wipe Israel off the map of the Middle East. 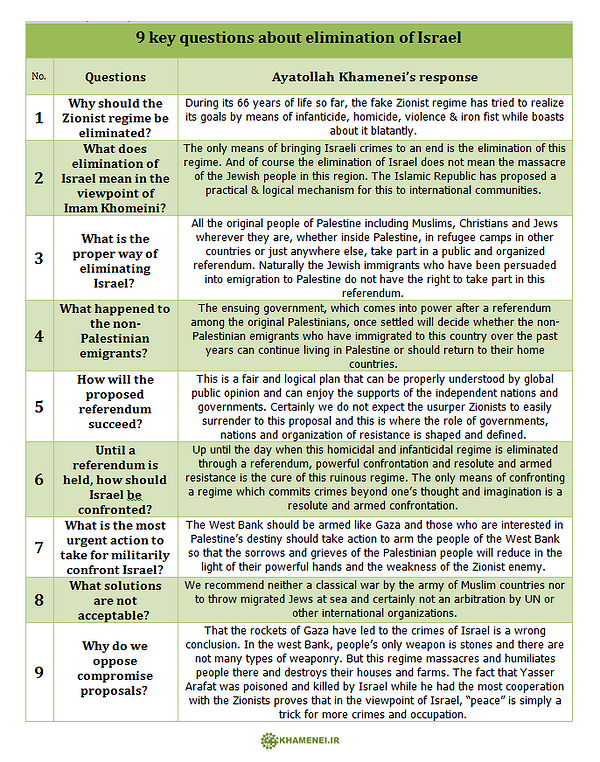 On his official Twitter account, Khamenei published a 'plan' that in his view represents "the only means of bringing Israeli crimes to an end. "During its 66 years of life so far, the fake Zionist regime has tried to realize its goals by means of infanticide, homicide, violence and iron fist."

Mixed in with Twitter messages insisting that Iran was committed to diplomacy on other issues, Khamenei posted a series of tweets slamming Israel. Among them was a document called "9 key questions about elimination of Israel."

He proposed a public referendum to install a new government that will decide, "whether the non-Palestinian [i.e. Jewish] emigrants who have immigrated to this country over the past years can continue living in Palestine or should return to their home countries."

Khamenei also recommended that until such a plan can be implemented and a fair referendum conducted, Israel should be fought through a "powerful confrontation and resolute and armed resistance." His recommendations involve arming the West Bank "like Gaza."

However, the Iranian leader qualified his plan, stating that "the elimination of Israel does not mean the massacre of the Jewish people in the region."

'This is a fair and logical plan that can be properly understood by global public opinion and can enjoy the supports of the independent nations and governments," Khamenei said.

The news came only few days after it was revealed that the Obama administration had secretly contacted Khamenei to try and gain support in fighting the Islamic State terrorists on the condition that Iran reaches a nuclear agreement with the West by 24 November.

Israel's Prime Minister Benjamin Netanyahu condemned Khamenei's latest outburst against the Jewish state. "There is no moderation in Iran. It is unrepentant, unreformed, it calls for Israel's eradication, it promotes international terrorism," Netanyahu said in a statement. He added: "This terrorist regime in Iran must not be allowed to become a nuclear threshold power. And I call on the P5+1 countries -- don't rush into a deal that would let Iran rush to the bomb."