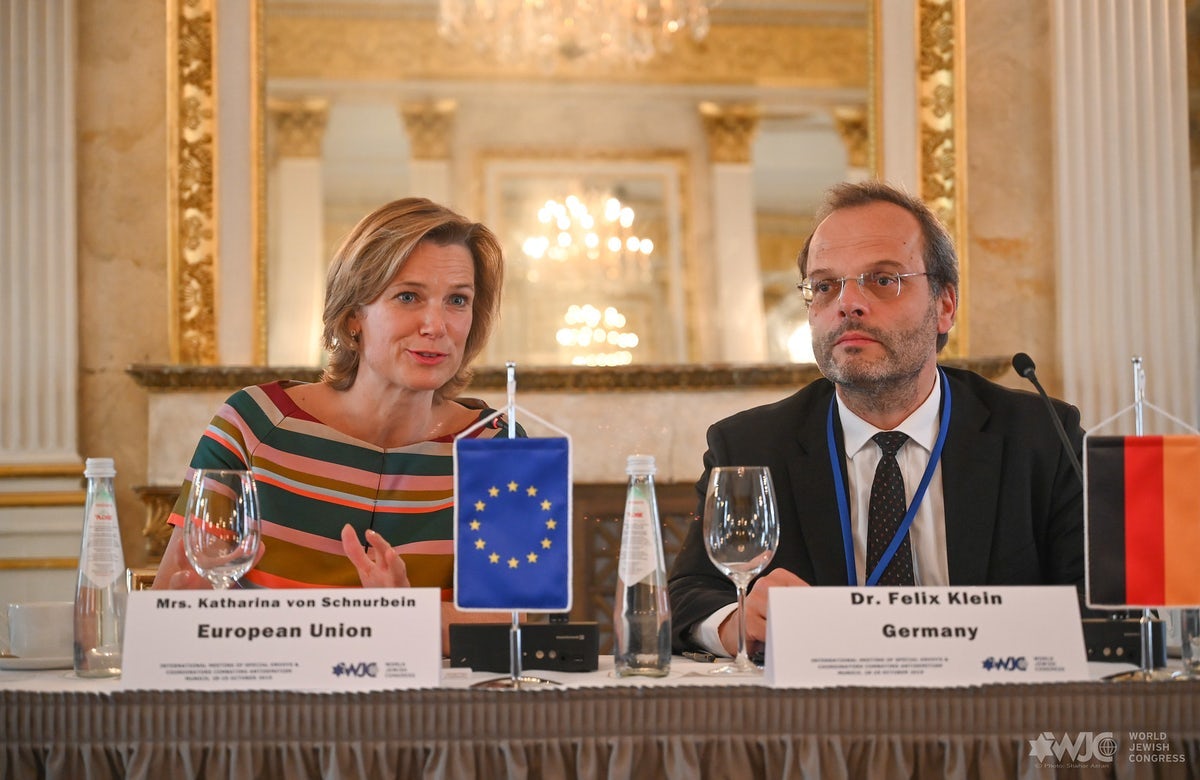 The letter signed by the group of International Envoys and Coordinators on Antisemitism was initiated by Lord John Mann, the United Kingdom’s Independent Adviser on Antisemitism. The letter notes that several Premier League clubs, including the Chelsea Football Club, West Ham United, AFC Bournemouth and Borussia Dortmund, have already adopted the internationally accepted non-binding definition of antisemitism as a “statement of their values”.

The envoys emphasize in their letter that, “There has been a rise in antisemitism around the world, which has only been exacerbated by the spread of the Coronavirus. Antisemitic conspiracies have been used on posters at rallies where protesters have been demonstrating against government restrictions and for the reopening of their countries. Combating the rise of antisemitism is an ever-important priority.”

“Clubs so far have adopted this definition of antisemitism as a statement of their values. It not only sets clear guidelines, but also acts as a specific reference point for employees, stewards, and fans on what is antisemitism. It is a working definition, not a legal definition, meaning its whole purpose is to raise awareness and to be of practical assistance in addressing any incident of antisemitism and in preventing future incidents.

“Its adoption will of course send out a very strong message about your club’s ethos that will be very warmly received by local and global Jewish communities and especially Jewish football supporters and employees. This message is key for all citizens and football lovers, as antisemitism and all forms of racism and xenophobia constitute an attack on democracy and is contrary to our values of human rights, equality, freedom, respect of human dignity, regardless of identity, origin or belief.”

In an interview with The Guardian, Mann explained: “Good procedures can isolate and remove the problem. If stewards and clubs know what they’re looking for there won’t be any antisemitic banners. They’ll be removed. Some of it is straightforward. Some of it is more challenging.”

“If the club gives a message of ‘These aren’t our values’ and invites the individual in for some education, most people would accept the invitation. We’re getting to people who, perhaps because of their ignorance, are creating distress. It pulls away the majority of people who, when antisemitism is explained to them, don’t want to repeat what they’ve said.”

As of early November 2020, the IHRA definition of antisemitism is adopted by over 25 countries, including Germany, Hungary, Italy, the United Kingdom, the United States, the European Parliament, dozens of local governments and other institutions.