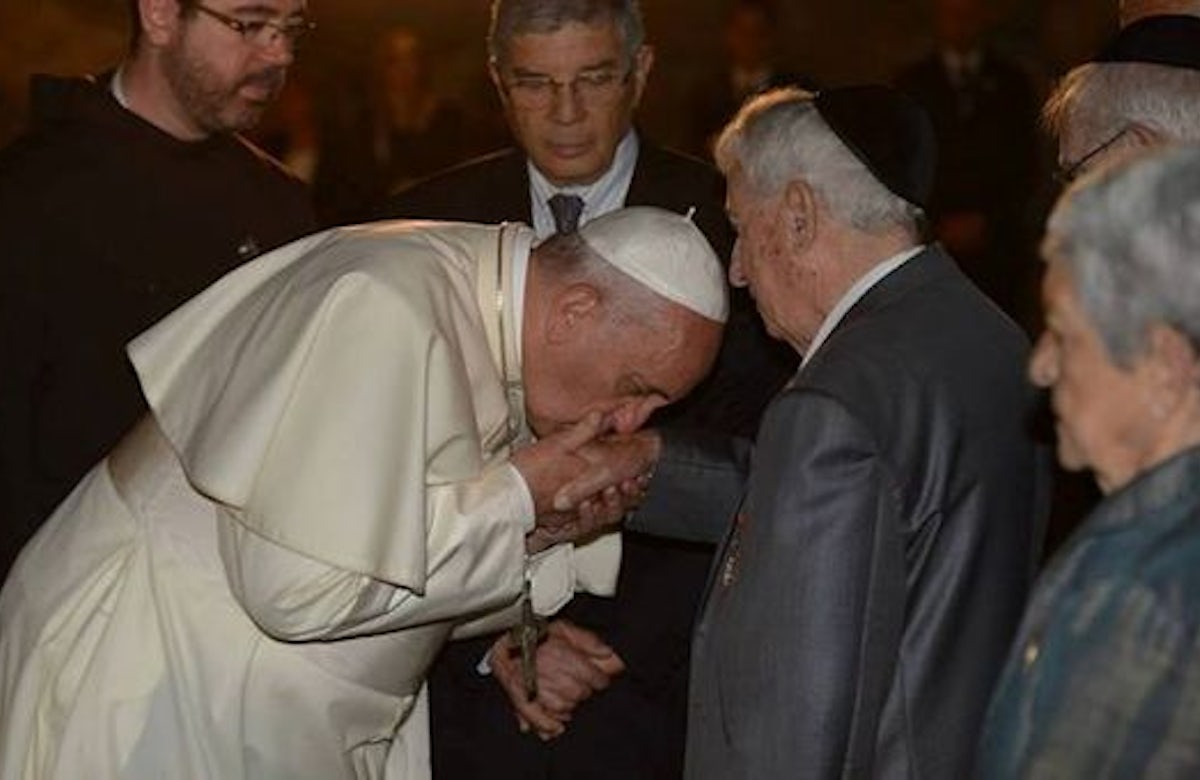 In a moving gesture, Pope Francis on Monday honored the victims of the Holocaust and in terrorist attacks. 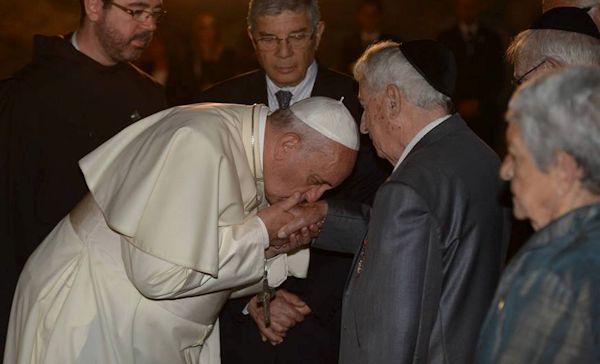 Visiting Yad Vashem in Jerusalem, Francis laid  a wreath of yellow and white flowers in the Hall of Remembrance and then kissed the hands of the six Shoah survivors in a sign of humility and honor as he heard their stories and of loved ones killed by the Nazis during World War II.

"Never again, Lord, never again!" the pope pronounced. "Here we are, Lord, shamed by what man, created in your own image and likeness, was capable of doing."

On Sunday, speaking in Bethlehem. Francis condemned the Holocaust as the "enduring symbol of the depths to which human evil can sink."

The pope also expressed hope for peace in the Middle East, lamenting that the holy city of Jerusalem remained "deeply troubled as a result of longstanding conflicts." He called for a "just and lasting solution" so that Israelis and Palestinians may live in peace. He said Israel deserves peace and security "within internationally recognized borders," while the Palestinians have a "right to live with dignity and with freedom of movement" in their own homeland.

Francis also deplored "this criminal act of anti-Semitic hatred" in Brussels, where four people, including two Israelis, were killed in Saturday's shooting at the Jewish Museum. "With a deeply pained heart, I think of those who have lost their lives in the cruel attack that occurred yesterday in Brussels," he said. "I entrust the victims to God's mercy and invoke recovery for the injured." 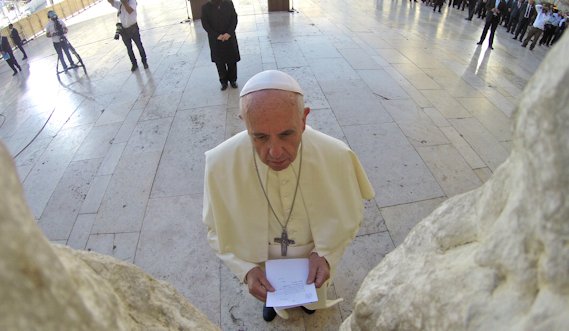 On Monday, Francis also said a prayer for the victims of terrorism and prayed at the Wailing Wall, Judaism's holiest place, where he left a note with the text of the "Our Father" prayer written in his native Spanish in one of the cracks between the stones. He then embraced his friend, Argentine Rabbi Abraham Skorka, and Omar Abboud, a leader of Argentina's Muslim community, both of whom joined his official delegation for the trip in a sign of interfaith friendship.

The Catholic leader's busy trip has been marked by his surprise invitation to the Israeli and Palestinian presidents to come to the Vatican next month to pray for peace. Both men have accepted, and Francis met with the Israel's President Shimon Peres on Monday.

The pope had started the day by taking off his shoes to enter the Dome of the Rock, the iconic shrine is located on Temple Mount and considered the third-holiest site in Islam.

Speaking to the grand mufti of Jerusalem and other Muslim authorities, Francis deviated from his prepared remarks to refer not just to his "dear friends" but "dear brothers."

"May we respect and love one another as brothers and sisters!" he said. "May we learn to understand the suffering of others! May no one abuse the name of God through violence!"

Meeting with Israel's two chief rabbis, Francis called Jews the "older brothers" of Christians. The pope is due to return to Rome later on Monday.