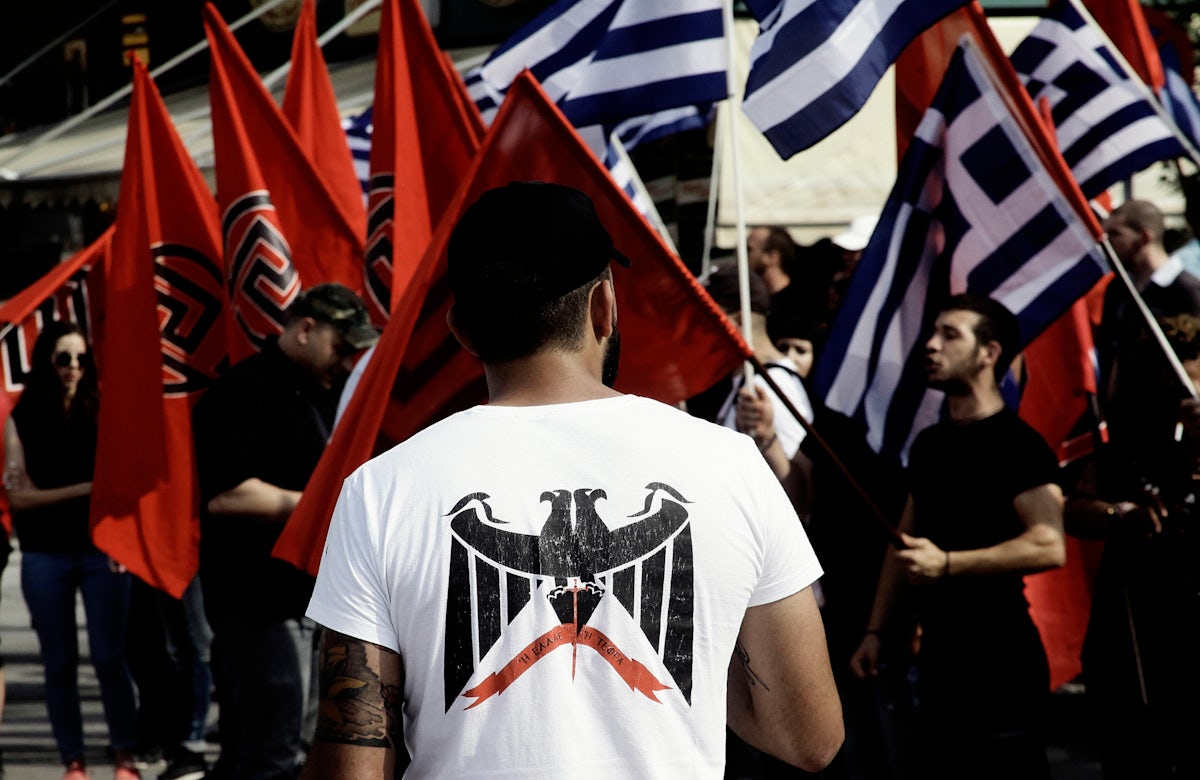 By David Saltiel, President of the Central Board of Jewish Communities in Greece

I never doubted…Probably due to the fact that I am not a lawyer or just because of it.

To this day my way of thinking relies upon a combination of history and current data consideration – yet, I never ignore my instinct… And on this occasion, there was perfect concordance between critical thinking and instincts that Greek Justice would convict the neo-Nazi party.

Indeed, Justice concluded its mission – an onerous task of high significance- and ruled that Golden Dawn is a criminal organization and that its leadership is not blameless of its member’s activity. This verdict was very rightfully described as a “historic” one and a “landmark decision”. Epic, I would add.

With the representation in Parliament of the neo-Nazi group, our Democracy suffered a strong blow. Eight years later, with the outcome of the trial, Justice showed how strong the foundations of Democracy are in our country because they are built upon the principle of the respect of Human Rights.

Let’s not fool ourselves though! Golden Dawn was dangerous both as an organization or as a party in parliament. The elections of 2012 offered an official platform to the neo-Nazis. From the backstage of society, they were upscaled to the central scene of public life.

Since day one the Central Board of Jewish Communities in Greece (KIS) has sounded the alarm. How can one avoid cringing at the sight of red-and-black flags waving throughout downtown squares in the hands of raged fanatics? Dark memories rose up again, unbearable for the Greek Jews who saw hands extended in Nazi salute, swastikas not only on synagogue and cemetery walls but also tattooed on the arm of a Member of the Parliament, as well as the leader of a parliamentary party wondering on national TV “Auschwitz?, What Auschwitz?”.

The economic crisis amplified its popularity. In fact, many attributed Golden Dawn’s electoral success to the crisis. KIS always believed that the crisis was only the catalyst and not the cause. The price of complacency was high! Sadly, it took the murder of Pavlos Fyssas, the violence in the streets, the beatings of immigrants for the society to acknowledge, regroup, and react against the assault of the neo-Nazis. Yet, ultimately, society did react and it did resist! We, the Greek Jews, were not alone and our calls to action were massively responded. Governments, political parties, municipalities, Church, civil society, all, said NO to Nazism! I will never forget the memorable moment when the Prime Minister at the time, Antonis Samaras, from the Bimah of the Monastiriotes Synagogue of my hometown, Thessaloniki, in the presence of WJC President Ronald S. Lauder and EJC President Moshe Kantor said: “Zero tolerance to Golden Dawn”. And it was not just a p.r. statement!

Nonetheless, it was the Greek Justice that put under the microscope every action, statement, video, printed material, and audio document, and examined them all with scrutiny under the prism of the Law. It revealed the truth and reached the core of the nature of the neo-Nazi organization. Justice brought vindication!

The court decision does not mean that racism and antisemitism have been eradicated. The path to this end is long in front of us and the social problems –which are constantly being exploited by the deceptive preachers of hatred- are enormous. Let us not be off-guard. As a society, we have proven that we can actually do it.