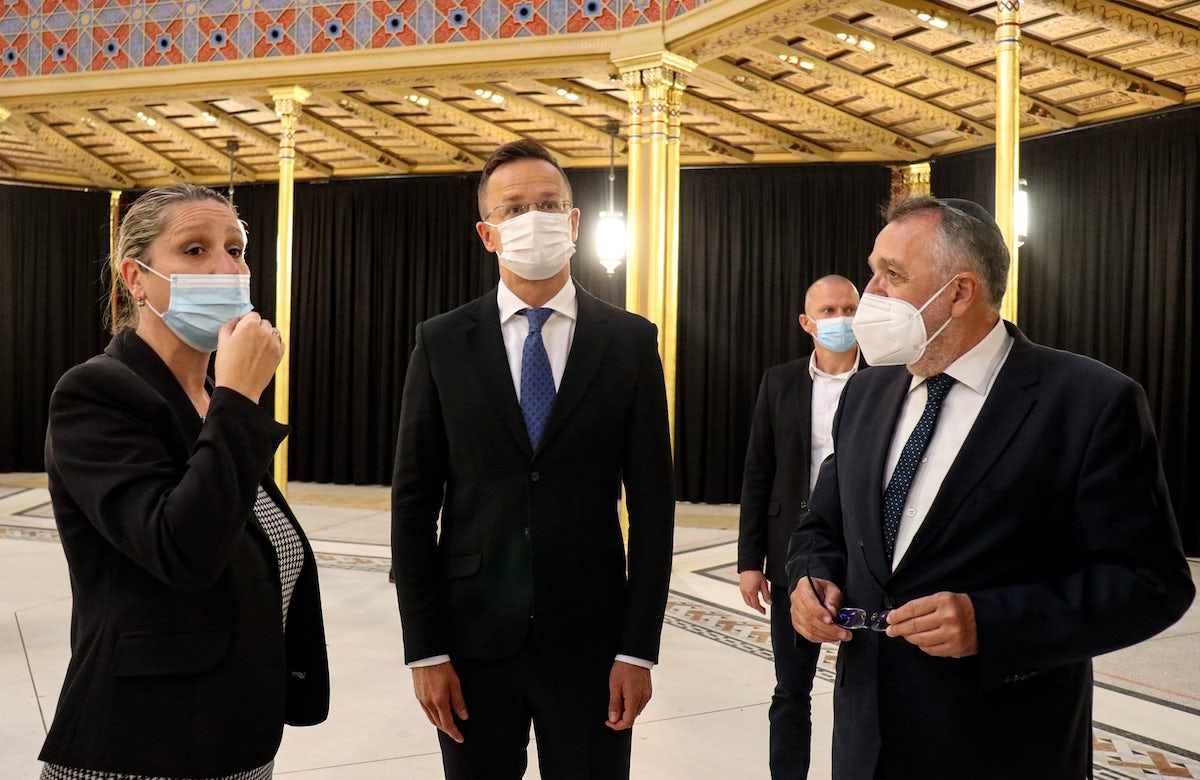 Heisler, who also serves as a WJC Vice President, briefed Szijjártó during the visit about recent developments within the Hungarian Jewish community, and thanked him for the Hungarian government’s warm relations with Israel. Heisler also highlighted key areas where the Hungarian government and MAZSIHISZ could work together to further enhance their relationship.  World Jewish Congress European Affairs Manager András Ligeti and MAZSIHISZ board member and World Jewish Congress Jewish Diplomatic Corps Member András Büchler were also in attendance at the meeting

The nearly $10 million (€8.3 million) renovation project, which was funded by the Prime Minister’s Office and the Ministry of Human Resources, is scheduled to be finished by the end 2020.