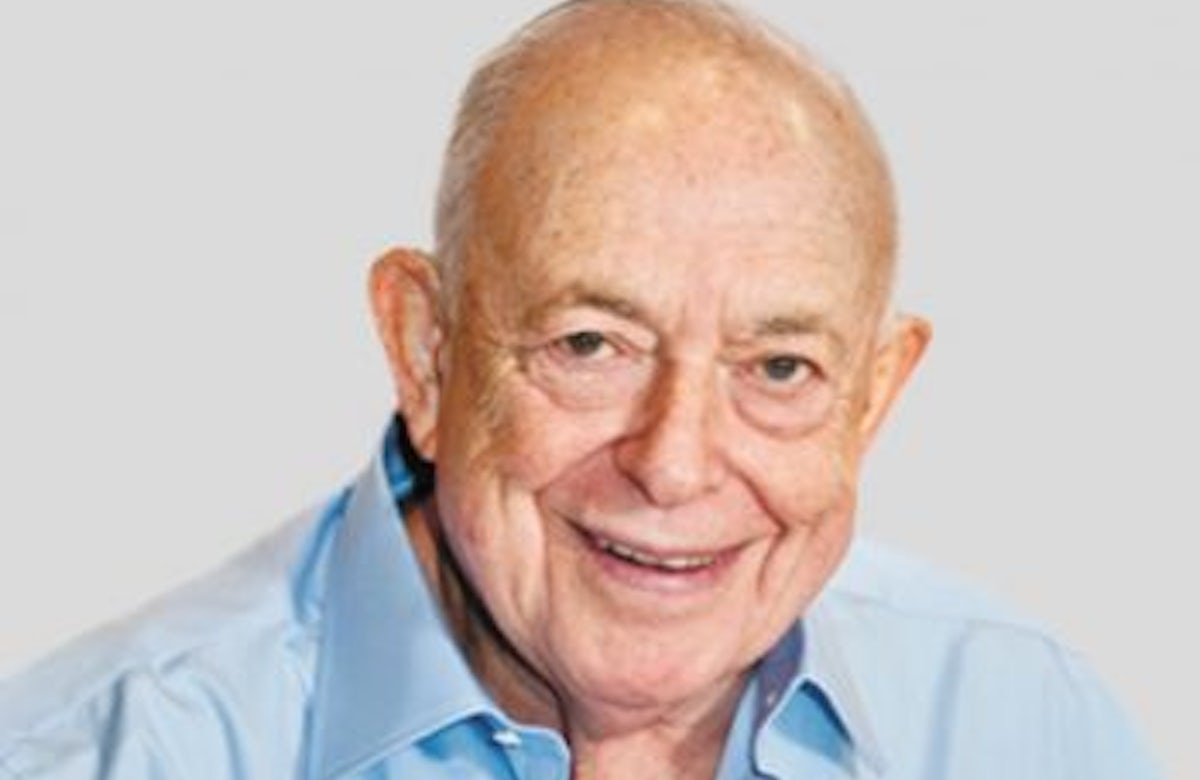 Isi Leibler helped with the sustainability of Australian, Soviet Jewry Throughout his Life

JERUSALEM -- The World Jewish Congress (WJC) is deeply saddened by the passing of Isi Leibler, who served the organization in various capacities including as Senior Vice President, Chairman of the Governing Board, and most recently as Honorary Vice President.

Known as a leader committed to the future of world Jewry, Leibler developed his skills at a young age by helping oversee the Bnei Akiva youth movement in Melbourne, Australia. He eventually served as a community leader of Australian Jewry, following his father in being elected to the role of president of the Victorian Jewish Board of Deputies, then a national leader as president of the Executive Council of Australian Jewry, and subsequently as an international leader of world Jewry through his roles with WJC. He was also an international businessman with significant interests in the diamond, travel and hi-tech industries.

Leibler played a guiding role in assisting with the liberation of Soviet Jews and helping them to reclaim their Jewish heritage.

Eulogizing Leibler, WJC President Ronald S. Lauder said, “Isi Leibler was a World Jewish Congress stalwart for over five decades and an eloquent and indefatigable champion of Australian Jewry and the Jewish people worldwide. It was Isi who convinced me to run for the presidency of the WJC in 2007, and I owe him a debt of gratitude for it.

“Isi never forgot his family's good fortune in leaving his native Belgium in 1939, on the eve of the war, nor did he forget those left behind who met a terrible fate. Already as a young adult, he was a pioneer in waging the struggle to free Soviet Jewry, going head to head with those who sought a quieter approach. That dynamism and perseverance characterized Isi's passionate commitment to the well-being of the Jewish people and the Jewish State and were always evident in the campaigns he undertook to advance Jewish and Israeli causes in every corner of the globe.

“The Jewish people have lost one of our noblest sons. May his untiring spirit always be a blessing and may Naomi and his family be comforted amongst the mourners of Zion and Jerusalem."

Added Jillian Segal, President of the Executive Council of Australian Jewry and WJC Vice President, “The sudden passing of Isi Joseph Leibler AO CBE in Jerusalem closes a chapter on one of the most remarkable and accomplished periods of Australian Jewish leadership. Isi successfully brought passion, intellect, learning and unflinching commitment to so many areas critical to Jewish life both in Australia and on the wider international stage, the likes of which we will probably never see again.”

Robert Goot, Deputy President of the Executive Council of Australian Jewry and Co-Chair of the WJC Policy Council, shared, “I had the great good fortune of working closely with Isi Leibler for more than 50 years in Australia and overseas. His lifetime of Jewish leadership was truly extraordinary in its vision, intensity and impact. Isi was an educated, passionate and articulate Jewish advocate of the highest order. He was incisive and uncannily perceptive. And he changed how we think and act as a community.”

And Maram Stern, WJC Executive Vice President, said, “Isi Leibler was a force to be reckoned with in the Jewish world. Never afraid to speak his mind, Isi was actively involved in the work of the WJC for decades and brought great gusto to the deliberations at our meetings. He was a strong proponent for the Soviet Jewry campaign and, in the early 1990’s, also began discussions with the authorities of the People’s Republic of China which paved the way for diplomatic relations with Israel to be created. His likes will not be seen again. May his memory be for a blessing.”

Leibler was laid to rest on April 13 in Jerusalem. He is survived by his wife of 63 years, Naomi, their children, grandchildren and great-grandchildren, and his brothers, Mark and Allan.