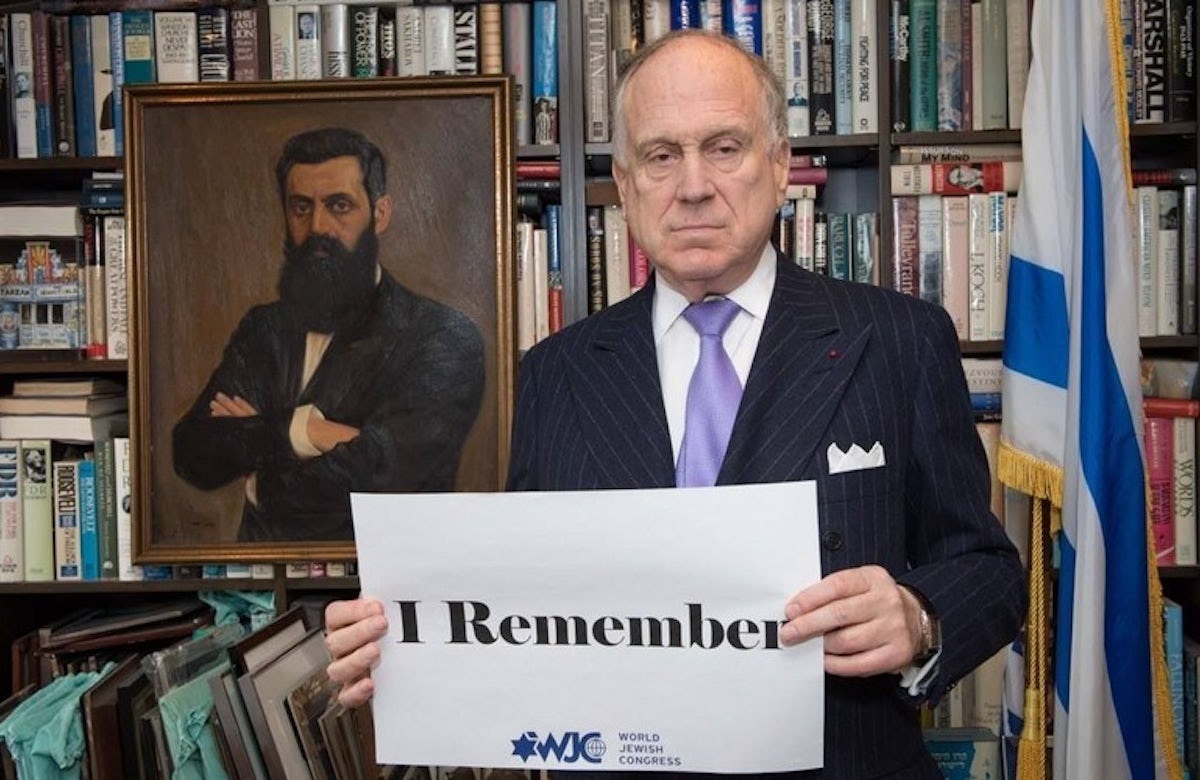 New York, NY (January 6, 2019) – The World Jewish Congress launches today its annual #WeRemember campaign, to combat anti-Semitism and all forms of hatred, genocide and xenophobia. The campaign, which runs January 6-27, will take off simultaneously in 50 countries, in 20 languages, with a number of partners including several social media giants and the United Nations Educational, 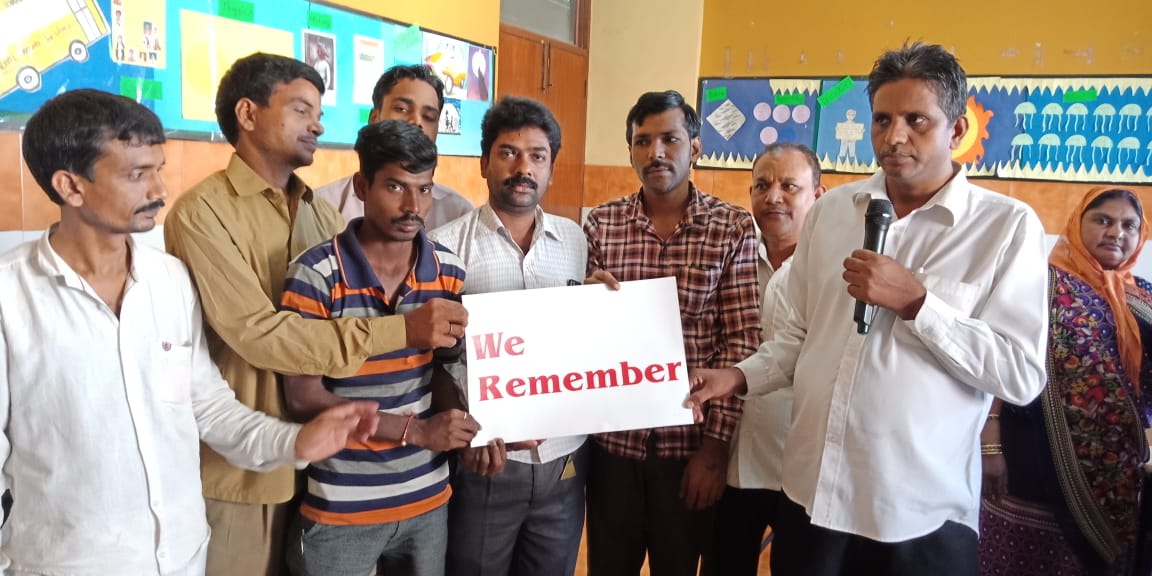 The 2019 #WeRemember initiative, now in its third year, urges people around the world to photograph themselves holding a #WeRemember sign and post it to social media, to spread the message that never again must mean never again. Last year, the campaign reached more than 650 million people – more than one out of 11 people worldwide.

Participant photos, interviews with Holocaust survivors, and messages from influencers of varied backgrounds, professions, ages and religions will be projected on the walls of Auschwitz-Birkenau and live streamed from January 24-27. The campaign is being held in advance of International Holocaust Remembrance Day on January 27, the anniversary of the liberation of the Auschwitz-Birkenau Nazi death camp in 1945. 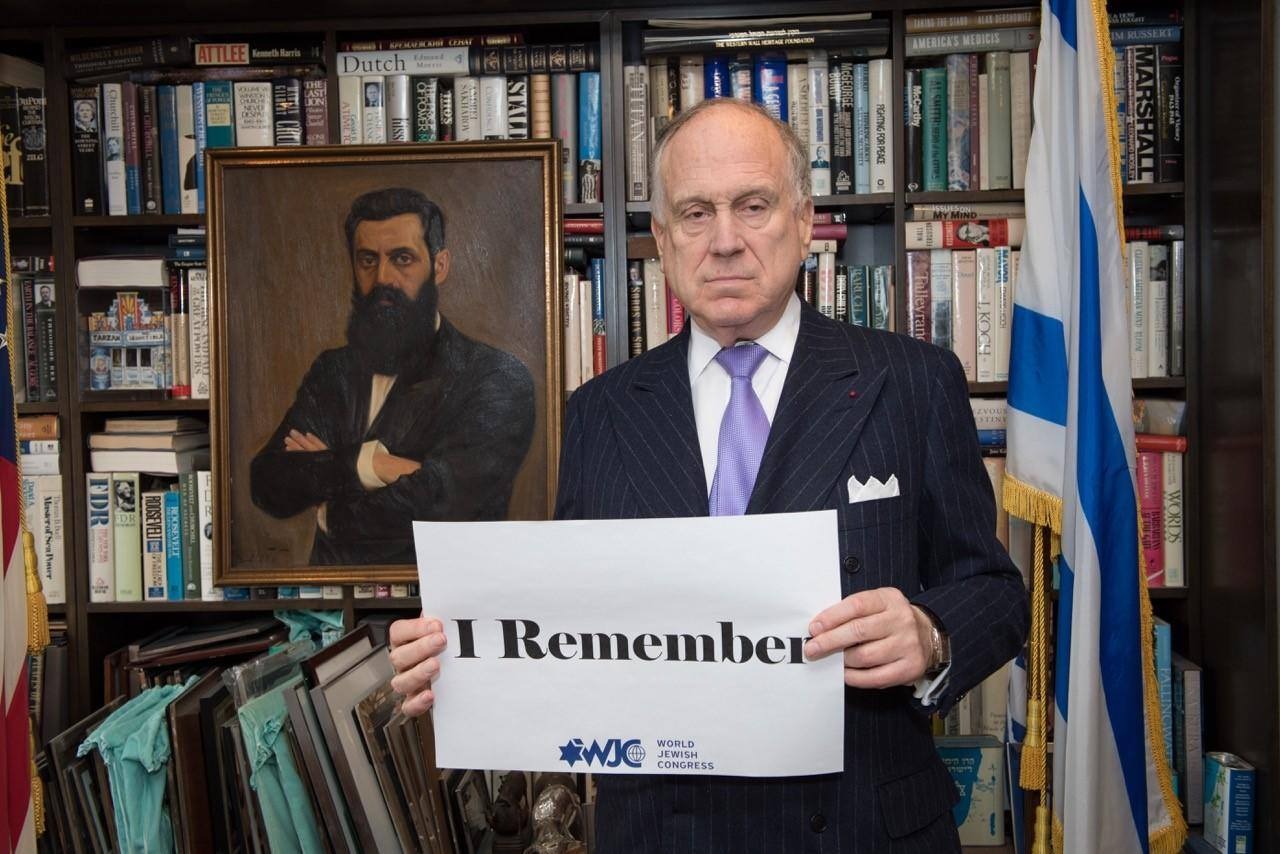 Social media companies, including Twitter and Snapchat, will support the World Jewish Congress’ campaign in various ways. On Snapchat, for example, the Our Story coverage of the day, including content related to Holocaust education, will be available on the Discover page on 27 January 27. Snapchatters can join the conversation by submitting their Snaps to the public Our Story using the available Filters.

The United Nations Educational, Scientific, and Cultural Organization (UNESCO) has also joined the WJC as an integral partner, after launching together a joint website on Holocaust education (aboutholocaust.org).  Roberta Grossman and Nancy Spielberg,  the filmmakers of Who Will Write Our History, and their distributor Abramorama, are supporting the We Remember project during the global event screening in over 200 venues around the globe.

“With levels of antisemitism, xenophobia and Holocaust-denial rampant and rising across the world, it is imperative that the memory of the Holocaust be shared more widely than ever, to ensure that the atrocities we witnessed just seven decades ago never repeat themselves,” said World Jewish Congress President Ronald S. Lauder. “A concerning report by the European Union Agency for Fundamental Rights (FRA) last month found that nine out of 10 European Jews said they believed antisemitism was getting worse, and a

shocking CNN poll released shortly before that found that more than one-third of Europeans know little to nothing about the Holocaust. With fewer survivors among us, it is the responsibility of the next generation to keep their stories and memories alive. Together, we must remember the past to protect our future for generations to come.”


The campaign will launch with a unique call by a number of Holocaust survivors who have a mission to educate the world to create a better future, and to share their stories with younger generations. These survivors include, inter alia, Toby Levy, a social media activist who has dedicated her life to educating the next generation about the danger of hatred, and Saul Dreier, the founder of the Holocaust Survivor Band and an advocate for using music as a form of remembrance. Participants amplifying the 2019 initiative also include reformed neo-Nazis, sports teams and association and people of all religions and backgrounds.

Lauder added: “Education is the key to combatting the spread of antisemitism and hatred, and given today’s digital sphere of influence, social media is the best tool to reach the masses. Since the #WeRemember initiative began, it has become a grassroots movement of wide impact. We urge everyone – Jewish and non-Jewish alike - to participate in the 2019 World Jewish Congress#WeRemember campaign to inspire these important conversations and help further spread awareness.”

Promotional materials permitted for use, courtesy of the World Jewish Congress.