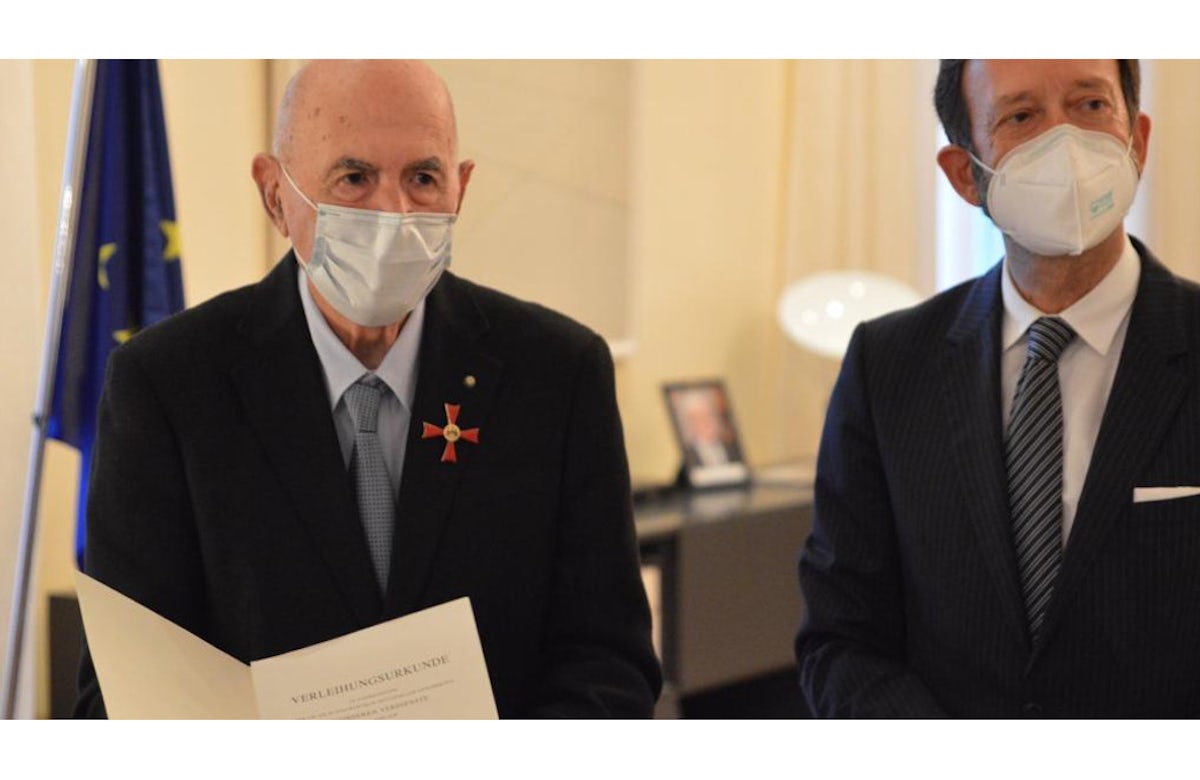 In his remarks, Ambassador Elbling thanked Modiano for his commitment to Holocaust remembrance, noting that “every time he speaks, he relives the horror he experienced. However, he makes this sacrifice because it is necessary, because it helps future generations not to forget and not to commit these horrible crimes again."

At the ceremony, Modiano reiterated his commitment to preserving the memory of the Holocaust and encouraged the audience to "scream to the world" so that the Holocaust is never forgotten.

Modiano, his father Jacob and sister Lucia were deported to the Auschwitz-Birkenau extermination camp in 1944. He was the only survivor of the three, and one of 25 survivors from his hometown Rhodes, Germany.

Modiano returned to Auschwitz for the first time in 2005. In 2012, he led the Italian national football team on a tour to Auschwitz. A year later he published his memoir, For this I lived, detailing his story of survival, as well as his successful attempt to rebuild his life after Auschwitz.

In an interview with the Italian newspaper Pagine Ebraiche reflected on his experience sharing his story, saying, “[talking] about the past has never been easy for me...I do it in order to leave a message to young people and to guide their behaviors.”