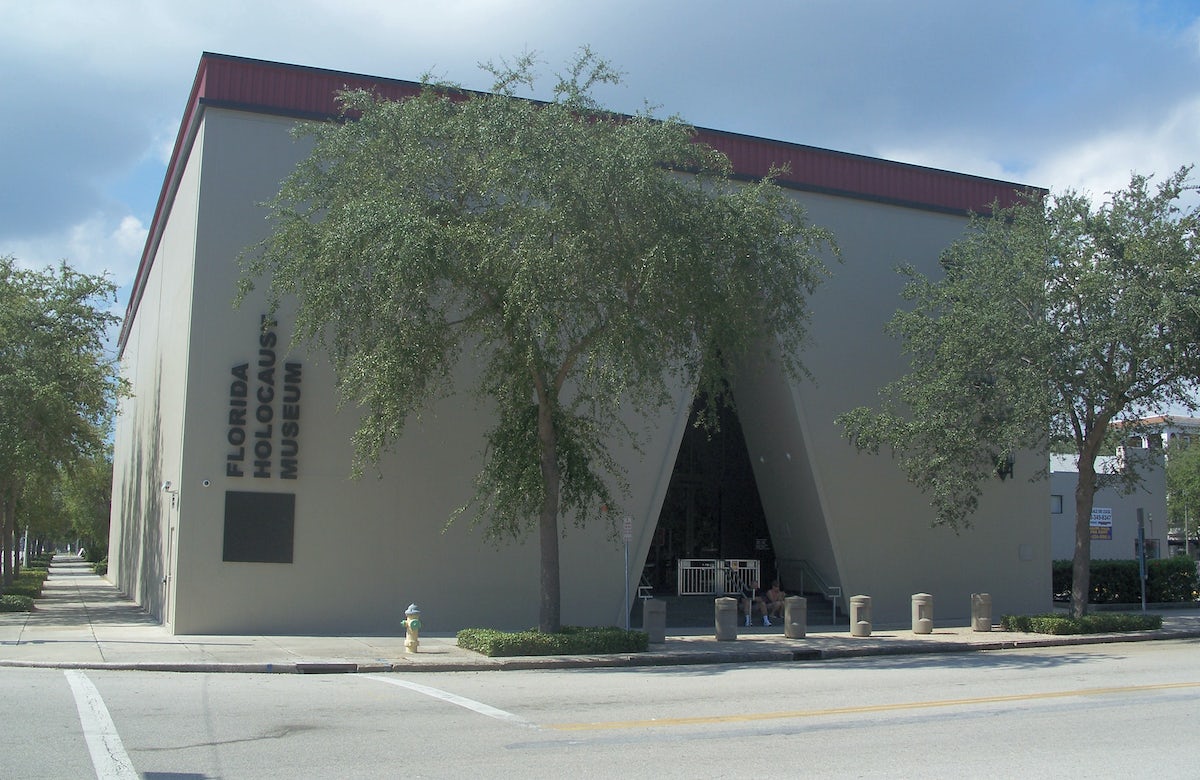 With the number of Holocaust survivors among us dwindling and repeated studies showing a concerning lack of knowledge about the near destruction of European Jewry, Holocaust, museums are taking unprecedented steps to create a more interactive environment to engage visitors in learning about the horrors of the Nazi-era.

At the Florida Holocaust Museum, guests can take a virtual reality tour of Anne Frank’s House in Amsterdam. “Let Me Be Myself: The Life Story of Anne Frank,” includes a 360-degree view of each room and secret passageways in the Frank’s house. Over the course of the tour, guests listen to war reports from the radio, as well as short excerpts from Anne Frank’s diary, to imagine what it would have been like to be in hiding from certain deportation to an uncertain destination. The exhibit remains on display until January 24, 2021.

A similar project recently opened in Argentina, where visitors to the Buenos Aires Holocaust Museum can tune in to the “Dimensions in Testimony” technology, to have a virtual conversation with holograms of Holocaust survivors. The exhibit is produced in conjunction with the Shoah Foundation at the University of Southern California. Buenos Aires Mayor Horacio Rodríguez Larreta announced last year that public and private school students in Buenos Aires will be required to visit the museum as part of their curriculum.

Late last month, Indiana Historical Society (IHS) President and CEO Jody Blankenship announced a similar project during a reception honoring the late Eva Mozes Kor, Indiana’s most prominent Holocaust survivor. During the reception, Blankenship announced the Indiana Historical Society will create a new exhibit focusing on Kor. The exhibit, which will be the first in Indianapolis to focus on Kor and the Holocaust and is scheduled to opening in early 2021, will include virtual reality technology allowing users to have a virtual reality tour of the Auschwitz concentration camp led by Eva Kor.

Blankenship explained the exhibit was the “ideal way for us to honor Eva’s memory and continue to educate people about her remarkable life and the thousands of lives she impacted all over the world.”

World Jewish Congress President Ronald S. Lauder is a strong advocate for the role of education as critical in the battle to combat antisemitism and hatred. During President Lauder’s address to Holocaust survivors, and dignitaries during the commemorative ceremony at the 75th anniversary of the Auschwitz liberation on the grounds of the Nazi death camp, Lauder highlighted the need for Holocaust education and the importance of preserving the Holocaust.

In a statement submitted last month to the U.S. Commission on International Religious Freedom (USCIRF), President Lauder called for educational curriculums to “include courses and programs to educate students about the history of the Holocaust and the dangers of racism, discrimination, and indifference to the suffering of others.”

The WJC’s joint initiative with the United Nations Educational, Scientific, and Cultural Organizations (UNESCO), AboutHolocaust.org is a crucial venture in this journey, bringing basic facts about the Holocaust to those who know little to nothing about the events that took place. The #WeRemember campaign is another critical awareness-raising project, geared toward engaging social media users around the world in positing a visual representation of their pledge not to allow the Holocaust to be forgotten or its memory denied.