Holocaust denial and anti-Semitism on social media up 30 percent in January 2018 compared to 2016, WJC report finds 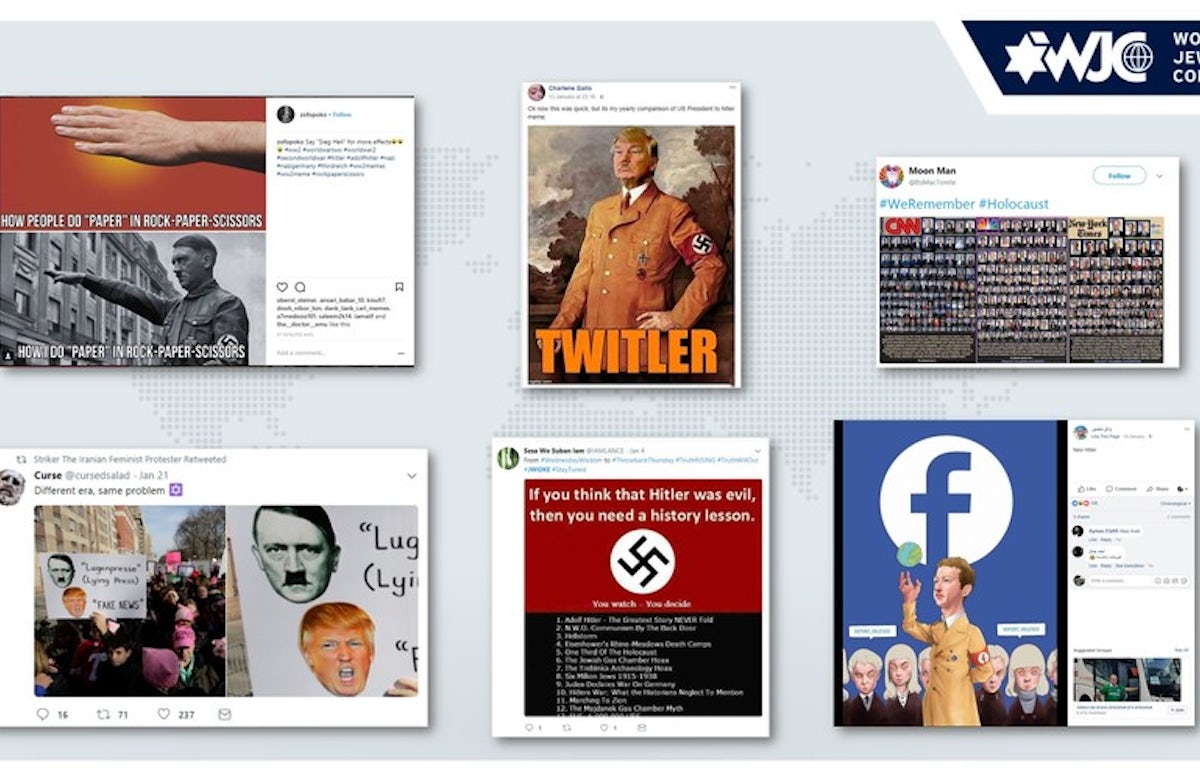 NEW YORK – The use of anti-Semitic symbols and posts denying the Holocaust increased dramatically in January 2018 compared to the same period in 2016, the World Jewish Congress (WJC) found in a recent study commissioned ahead of International Holocaust Remembrance Day. Key findings of the report indicate that 30 percent more posts using anti-Semitic symbols were recorded during this time frame, along with twice the number of conversations denying the Holocaust. 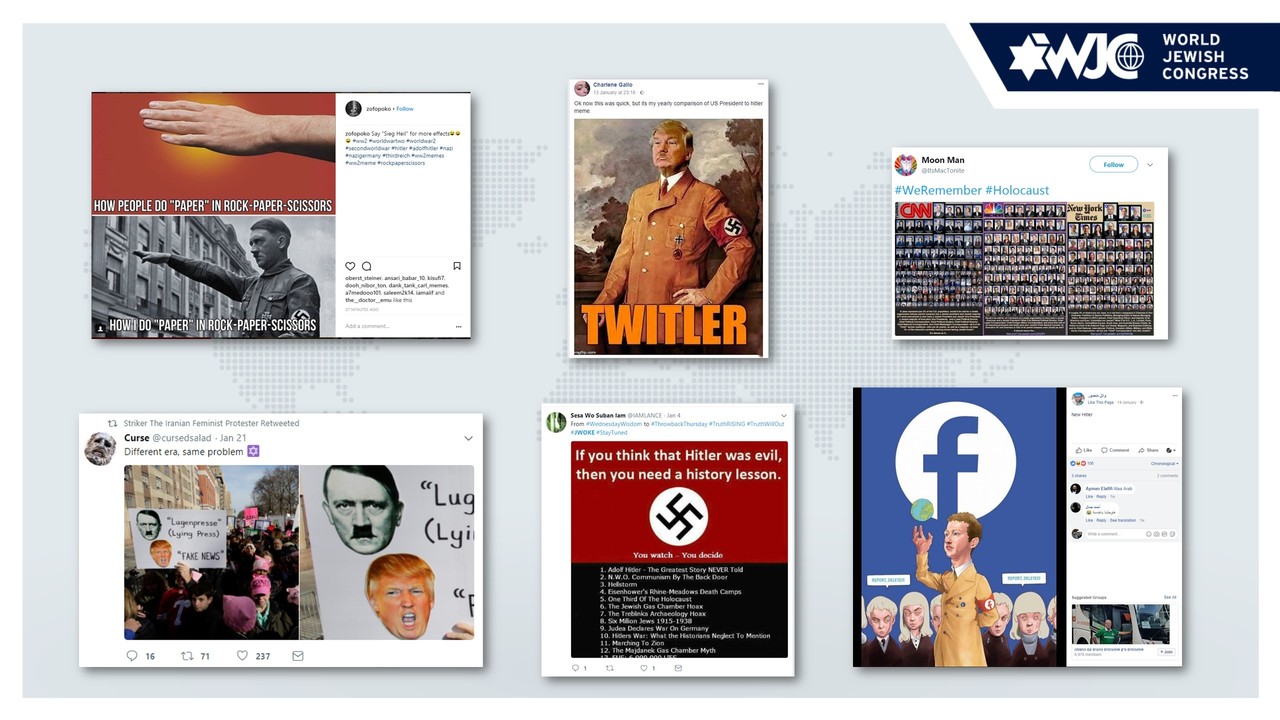 The WJC produced the report ‘Anti-Semitic Symbols and Holocaust Denial in Social Media Posts: January 2018’ in collaboration with Vigo Social Intelligence, as a follow-up to its comprehensive initial study on the scale and impact of anti-Semitism online released in 2016. The secondary study was intended to cover the period of January 1-24, on areas specifically related to Holocaust denial, which holds significant importance leading up to International Holocaust Remembrance Day on January 27 and coinciding with the World Jewish Congress’ 2018 We Remember campaign, the largest Holocaust commemoration initiative in the world. WJC CEO and Executive Vice President Robert Singer presented the findings of the latest report to the Rome International Conference on Fighting Anti-Semitism in the OSCE Area on January 29.

WJC CEO Singer said: “It is easy to believe that anti-Semitism online is reserved for fringe elements, but the true scale of the problem is frightening. Today, nobody has to go looking for such hatred - it is in plain sight on the world’s most heavily used sites: Facebook, Twitter, and YouTube. It is incumbent upon these companies to show moral corporate responsibility and abide by their own guidelines restricting hate speech. We urge governments to strictly regulate this issue to curb its proliferation, and make the digital world a safer space for all.”

Online platforms fared differently in the frequency of posted anti-Semitic content between 2016 and 2018. While there was a sharp increase in anti-Semitic messages on Twitter and on websites and blog platforms, the WJC found a decrease in anti-Semitic messages on Facebook, Instagram and YouTube compared to the same period in 2016. Across the platforms, approximately 550 posts per day on average contained the use of neo-Nazi and anti-Semitic symbols over the course of January 1-24, 2018, at a rate of 23 posts per hour; in addition, 108 posts per day on average denied the Holocaust, for a total of 4.5 posts per hour. A total of 13,200 posts over the course of this period included symbols or signs relating to the Holocaust or Hitler’s regime; 2,600 posts denied the existence of the Holocaust outright, or claimed that Jews were exaggerating its scope and the number of its victims.

Key differences were also seen between nations, where the report found a significant decrease in the use of neo-Nazi symbols in Germany, but noted that Poland, Switzerland, and Serbia, jumped from marginal reference in 2016 into the top 10 in 2018 with regard to the variables surveyed.

Singer said: “The WJC has found that when we bring instances of hate speech to the attention of the major social media companies, their response is swift and effective. But we cannot accept the argument that it is up to the user to police such content. It is the responsibility of the companies to regularly monitor hate speech, educate users and ensure they understand the repercussions of violations, and call anti-Semitism explicitly by its name, without fear of criticism or rebuke.”

Read the WJC's 2016 report, The Rise of Anti-Semitism on Social Media