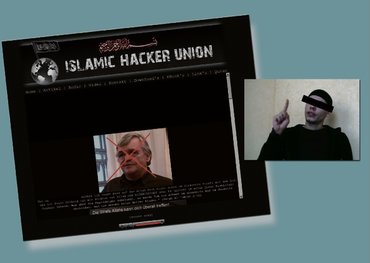 A German Islamist has reportedly issued death threats against Wolfgang Seibert, the head of the small Jewish community of Pinneberg, a town near Hamburg. On the internet, the man, named as Harry S., called Seibert a “dirty Jew”, crossed out Seibert’s photo with red ink and wrote: “Be careful, Allah might punish you with death already in this world. That is not a threat from me, but from Allah the Almighty.” Harry S., a native German who converted to Islam and now calls himself Isa al-Khattab, also wrote on a webpage: “May Allah destroy the infidels.”

Seibert has been put under police protection. He told the German newspaper ‘Bild’ that he once met Harry S. on the street. “He is dangerous and mad,” Seibert said. In recent months, the small mosque in the town of Pinneberg, which is 20 kilometers from Hamburg and has less than 50,000 inhabitants, has become a meeting point for radical Islamists following the decision last August by authorities in Hamburg to close a mosque there over concerns of anti-constitutional activities.

The Jewish community of Pinneberg has 250 members.