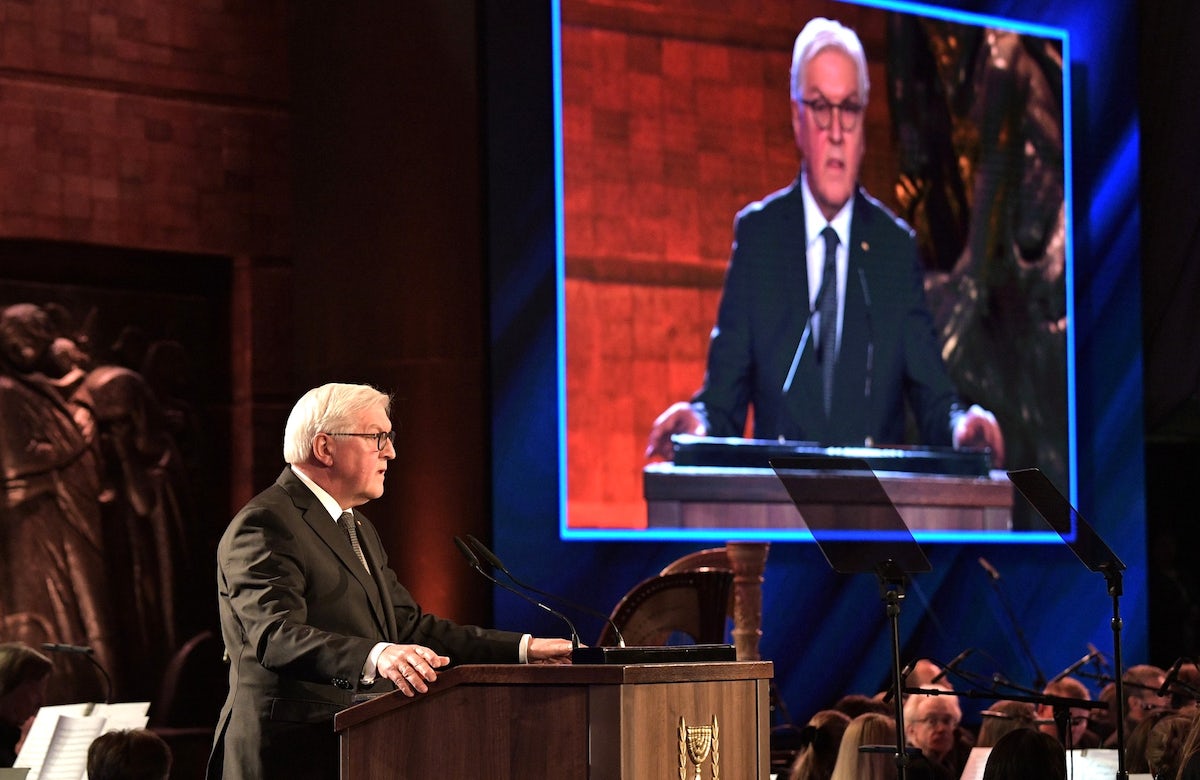 Federal President Frank-Walter Steinmeier will be honored as an official sponsor of events celebrating 1700 years of Jewish life in Germany in February 2021.

The commemoration ceremony will be orchestrated by the association entitled, ‘321-2021: 1,700 years of Jewish Life in Germany,’ or, ‘321,’ for short. The name is a reference to an edict from 321 C.E which allowed Jews to hold some appointments in the city council of Cologne. The festivities will begin with a central ceremony in Cologne on 21 February and will expand to roughly one thousand events throughout Germany.

Lehrer, who serves as the chairman of the association's general assembly, declared: “That our head-of-state has taken over the patronage, shows the social relevance of this year’s festival. We are all working together, both Germans and Jews, to convey the history and diversity of Jewish life in Germany today. The Federal President is thus sending a strong signal for Germany's solidarity for 1700-years of German-Jewish history as well as a strong Jewish life in our country’s future.”

Former Minister President of North Rhine-Westphalia, and Chairman of the association's Board of Trustees Jürgen Rüttgers (CDU), said that the event would create, "a positive impact throughout Germany and beyond Germany's borders: antisemitism is not a Jewish problem." He added, “[antisemitism] is a danger for anyone who wants to live in a democracy."

The festival, which will be jointly funded by Germany’s Interior Ministry, Cultural Ministry, and the states of North Rhine-Westphalia and Cologne, among others, was initiated due to rising incidents of antisemitism, the declining memory of the Holocaust, as well as the desire to bring German Jews into the public eye.