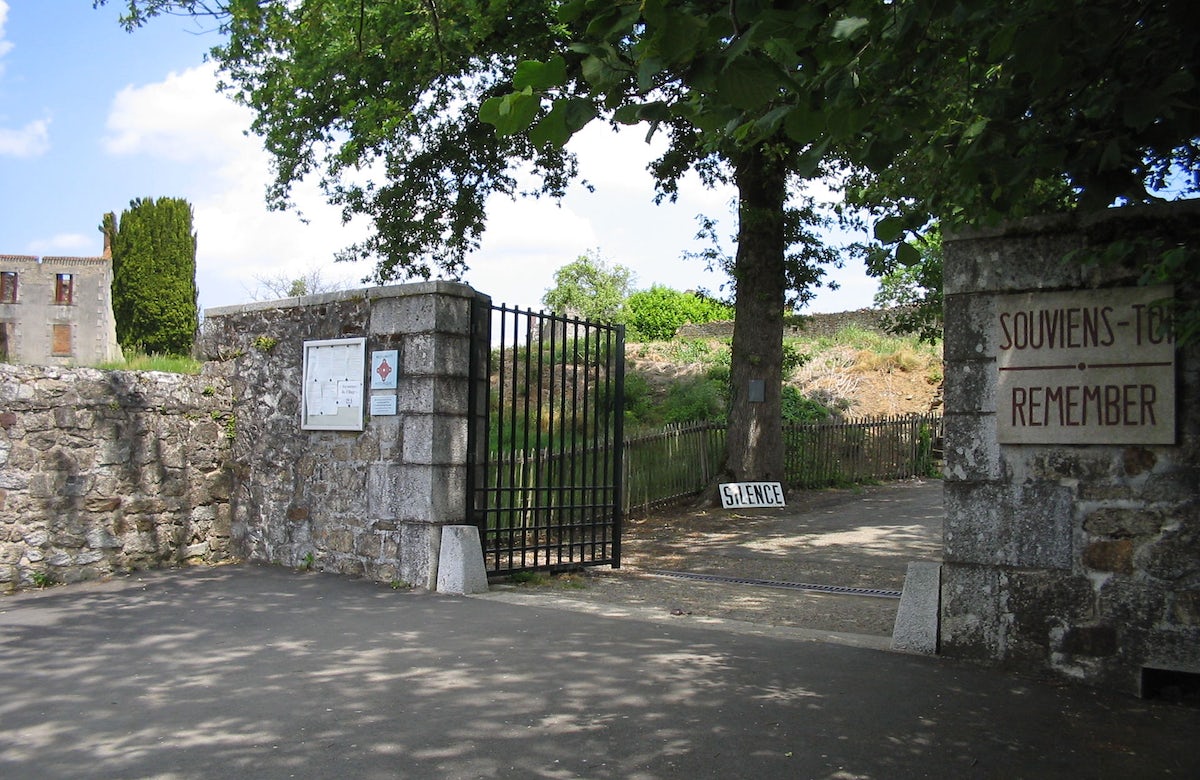 On 22 August, unknown vandals defaced a memorial for the victims of the Oradour-sur-Glane massacre in Nazi-occupied France. According to the regional paper Le Populaire du Centre, the word “lie” was scrawled on the memorial’s wall and the inscription "Martyr Village" was crossed out.

The defacement was condemned by Francis Kalifat, president of the Representative Council of Jewish Institutions (Crif), and a and WJC Vice President, who said that “Holocaust deniers are now attacking France's memory.”

“The fight against Holocaust denial is similar to the one we must wage against racism, antisemitism [and] homophobia. These are poisons that corrupt minds and attack our society. They must be fought with force and in two ways: in the medium term, through education and history, in the short term, by justice, which must act with force,” he added.

On 10 June 1944, SS soldiers rounded up Oradour-sur-Glane’s entire population and killed 642 of them, including seven Jewish refugees. After the mass murder, the soldiers looted and burned down the area; only seven villagers survived the massacre, albeit with severe injuries, and about 15 other inhabitants of the village escaped the Nazis before the massacre began.

Politicians from across the political spectrum in France condemned the Holocaust-denial graffiti. In a statement, French President Emmanuel Macron promised: “[e]verything will be done to ensure that the perpetrators are brought to justice.” Macron added that he, “condemns this unspeakable act in the strongest terms.”

“Shame on those who did this. Everything will be done to find and judge the perpetrators of these sacrilegious acts,” French Justice Minister Eric Dupond-Moretti tweeted.

The last living survivor of the massacre, Robert Hébras, said that while he was angry about the memorial’s defacement, he was not surprised, elaborating, “I have been foreseeing what happened for some time because today we tend to forget.” Hébras told French journalists that, “[m]any generations who come afterwards have a habit of wanting to scratch it all out … I know there are a huge number of revisionists and I’m surprised this hasn’t happened before.”