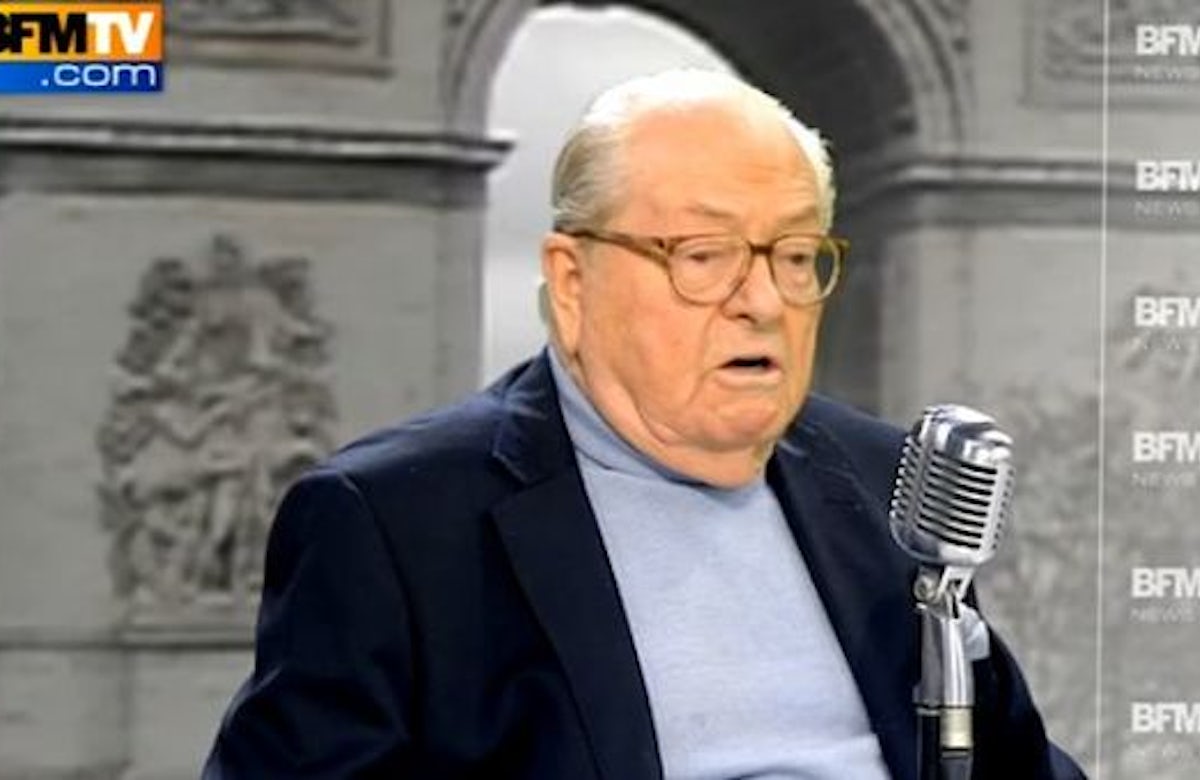 Jean-Marie Le Pen, the founder of the far-right French National Front and father of its current leader Marine Le Pen, maintains his 1987 remarks calling the Nazis' gas chambers "a detail in the history of World War II." 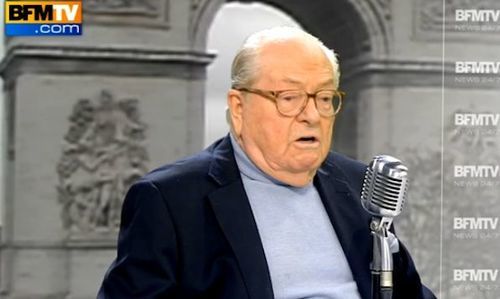 Le Pen, who is still honorary FN leader and a key figure in the party he founded in the 1970s, said in an interview with BFM TV on Thursday that he "never" regretted these remarks and said he still held the view that the Nazi gas chambers, in which millions of Jews were murdered, were a detail of the war. "I maintain what I said because I think it's the truth, and it shouldn't come as a shock to anybody."

In 1991, Le Pen was found guilty by French courts of denying or revising historical understanding of the Holocaust and sentenced to pay hefty fines.

In his interview with BFM, he said the affair had been used against him by "adding the suspicion of anti-Semitism although I challenge everybody to produce a single anti-Semitic quote from me throughout my political career."

Asked by the interviewer why he was qualifying millions of dead people as a "detail" Jean-Marie Le Pen said: "It's not a million dead people, it's the gas chambers, that's another thing (...). I talked about a system, I said that it was a detail of the history of the war."

The Representative Council of Jewish Institutions in France (CRIF) condemned Le Pen's comments. CRIF President Roger Cukierman, who also serves as a vice-president of the World Jewish Congress, said: "These remarks are just a 'detail' in [Le Pen's] long career in the hate business." Cukierman said that many revisionists were hiding behind the FN, and added that the party had to be opposed.

Le Pen's daughter Marine, the current leader of the National Front, distanced herself from her father and expressed her "profound disagreement" with him. “Once again, I strongly disagree with Jean-Marie Le Pen on both the form and the content” of his statement, the 46-year-old party chief told 'Europe 1' radio. She said her father's remarks were not shared by the majority of FN supporters.

In 2009, the European Parliament denied Jean-Marie Le Pen the right to chair the opening session of the assembly’s new term because of his comments.

Some 76,000 Jews were deported to Nazi death camps from France during World War II and only 3,000 returned. France has the largest Jewish community in Europe with about 500,000 members.