Former US Ambassador to the UN H.E. Nikki Haley to be honored with prestigious WJC Theodor Herzl Award 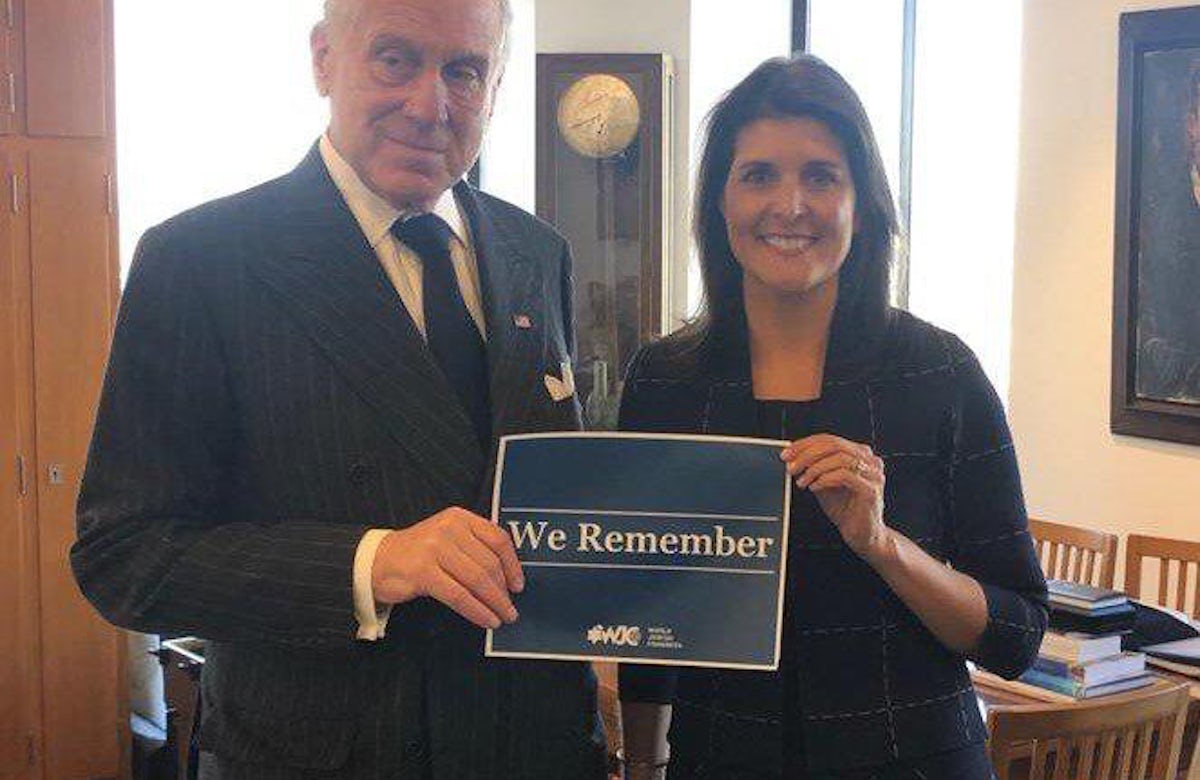 Lauder said: “In my years of service in the diplomatic world and as president of the World Jewish Congress, I have met many heads of state, dignitaries, and ambassadors who have worked diligently in support of Israel and defended it across the international stage. Throughout her tenure, US Ambassador to the UN, H.E. Nikki Haley, proved to be a giant in this realm, exemplifying this country’s unwavering friendship for Israel and commitment to world Jewry, relentlessly calling out the biases and double standards that pervade in the United Nations and its bodies and demanding action. As Ambassador Haley proclaimed in her first days in the position, a new day has dawned indeed at the UN. Thanks to Ambassador Haley, and her allies, the international community is waking up.”

“I am also delighted to present the fourth Teddy Kollek Award to Joel Grey, one of the greatest Jewish entertainers of our time, who has embraced our collective heritage and culture in his work, propelling Yiddish theater and Jewish issues to the forefront of popular discussion. It is a privilege and an honor to welcome Mr. Grey to the family of distinguished laureates of this award,” Lauder said.

WHEN: Wednesday, November 6, 2019
WHERE:  The Pierre, 2 East 61st Street, New York City
PRESS ENTRANCE: Press should arrive at the main entrance and check-in at the press table inside the lobby. Press is required to RSVP in advance.
EVENT START TIME:   6:00 PM
MEDIA RSVP to: aliyana.traison@wjc.org