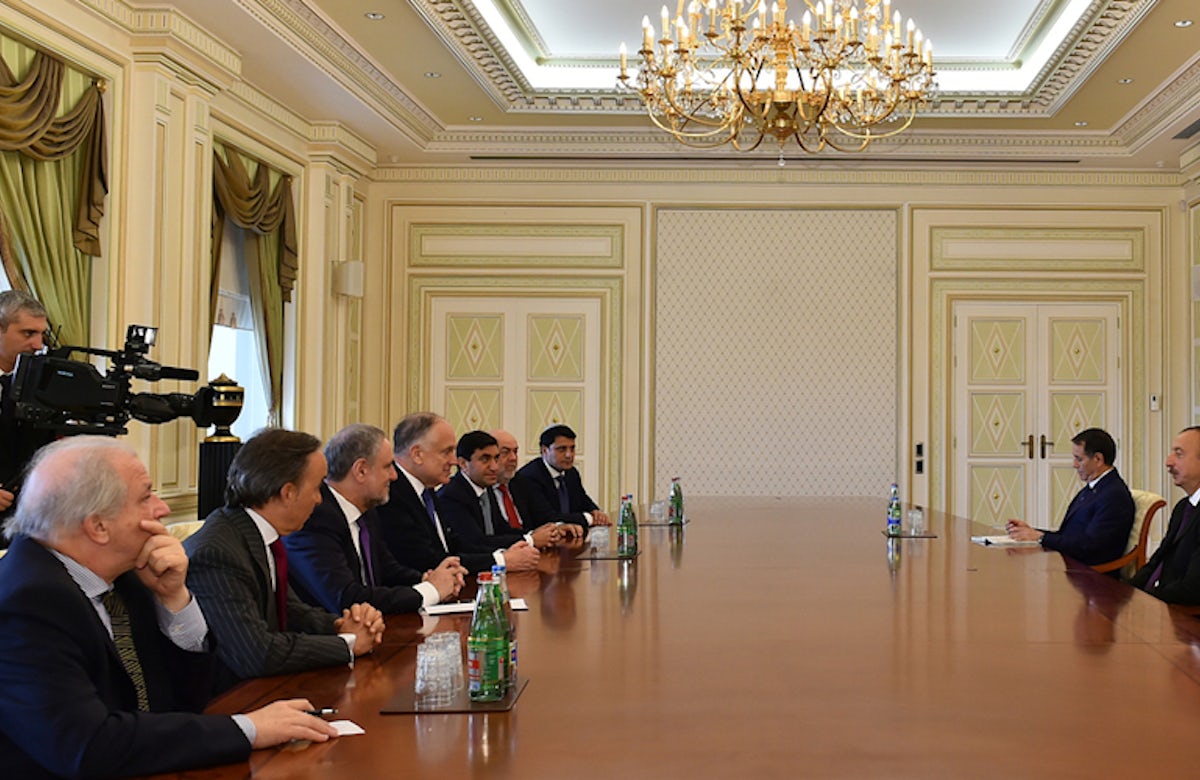 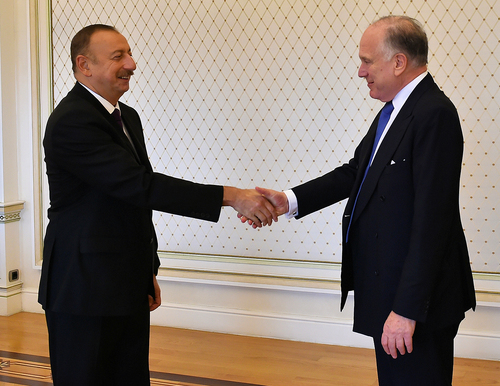 At a meeting with Azeri President Ilham Aliyev, Lauder said the situation of Jews in the former Soviet republic, a predominantly Muslim nation, was very good and he thanked the Azeri head of state for it.

President Aliyev underlined what he said were “excellent relations” of his administration with the Azeri Jewish Community, as well as with the State of Israel and with international NGOs such as the World Jewish Congress.

Aliyev said both Ashkenazi and Mountain Jews had been living in the country for more than two millennia, and all religious and ethnic communities in the country were living in harmony with one another. He also said that there was no censorship, with nearly 70 percent of Azerbaijan’s population having full access to the internet.

WJC Vice-President Yuri Kanner, who is also president of the Russian Jewish Congress, said after the meeting: "This was a very open and substantial discussion of all key issues of concern to Presidents Aliyev and Lauder. The Republic of Azerbaijan celebrates the 25th anniversary of its independence this year, and the people of Azerbaijan have come a long way.

“It is important to understand the processes that happen here today, and to note that they constitute an example for other Muslim-majority countries. The success of this model of multiculturalism was noted by all participants.”

WJC Vice-President God Nisanov declared: "I am very pleased that this meeting with President Ilham Aliyev went very well. Its Importance for the Jews of Azerbaijan cannot be overestimated. For us, it is a great honor that the president of the World Jewish Congress is paying a visit to Azerbaijan. I hope that the delegation will have a chance to see with their own eyes and appreciate that Azerbaijan is a prosperous and flourishing country, and that there is no place for anti-Semitism. All Jews are welcome here."

The delegation also held talks with the chairman of the Clerical Office of Caucasus Muslims, Sheikh-ul-Islam Allahshukur Pashazade, and with the leaders of Baku’s Jewish community. 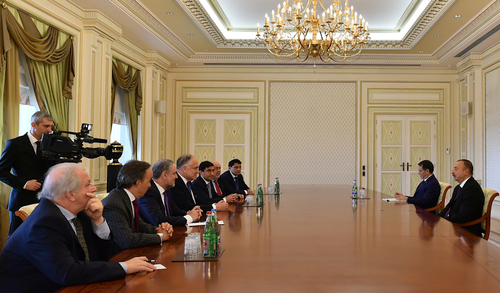 EAJC President Julius Meinl said: “It is heartening that the Jewish community in Azerbaijan is thriving, and we regard it as our role to engage with governments to build productive relations.”

The delegation will also travel the village of Qırmızı (Russian: Krasnaya Sloboda; English: Red Town), considered the national hearth of the community of Mountain Jews, who have been living there for more than 2,000 years. Qırmızı is also the birthplace of God Nisanov and German Zakhariaev.

The WJC and RJC leaders were scheduled to visit Jewish burial grounds and met with representatives of the Mountain Jews community.

Azerbaijan declared independence in August 1991. It has a population of nearly 10 million, with more than 93 percent being Muslims, most of them Shiites. The Jewish community numbers around 15,000. Azerbaijan is one the few Muslim states in the world that recognizes and maintains good economic and political relations with Israel. Judaism is officially protected as a “traditional” religion in Azerbaijan.

Azeri Jews are divided into two distinct groups: the Ashkenazim who arrived in the country during the last century, and the Caucasian Mountain Jews, or Tats, who trace their roots back many centuries and who primarily live the north-western part of the country.

This community numbered over 60,000 a century ago, yet significant emigration to Israel has depleted it. After the fall of the Soviet Union, Azeri Jewish communities were able to once again operate yeshivas and teach religious classes, events that led to a revival of the Jewish community. In 2011, a new synagogue for Mountain Jews opened, built by the government.