East Coast winners of WJC’s 2019 Campus Pitch Competition to use $5,000 grant to bring Israeli and US military vets together 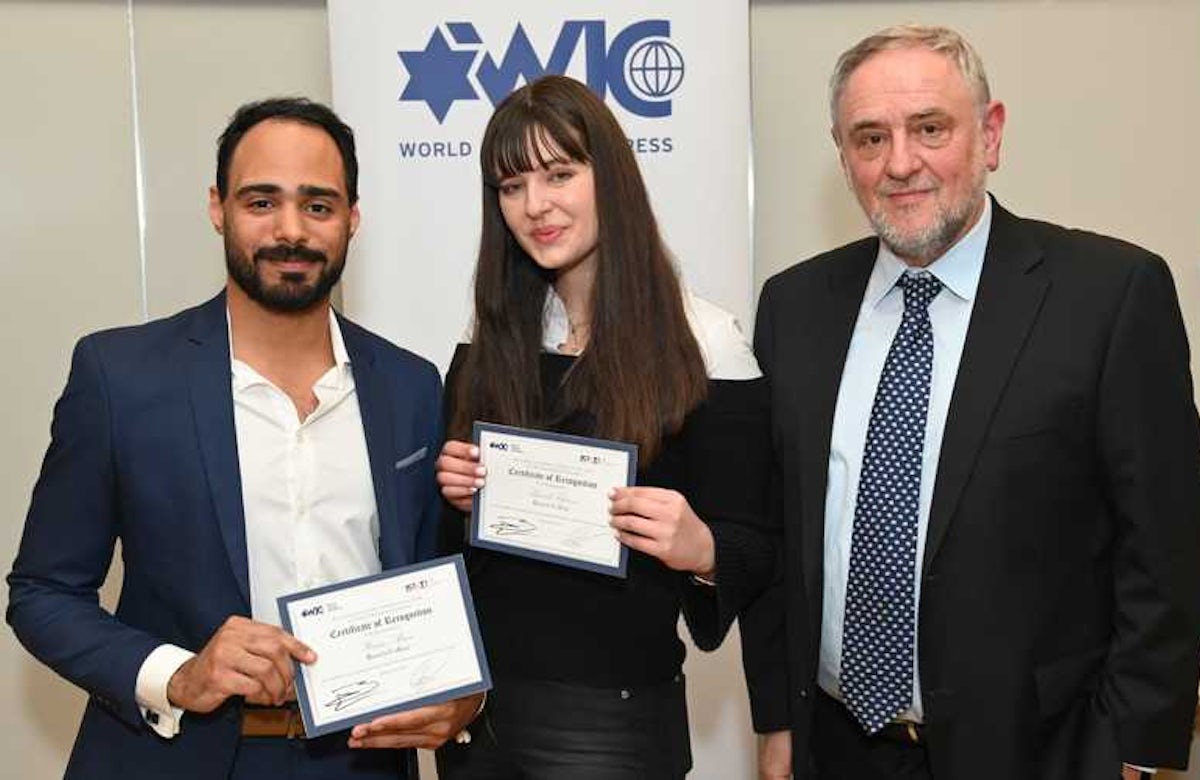 This year’s Campus Pitch Competition, which launched in the tri-state area in 2015 and has since spread across the US and to the United Kingdom, invited university students in New York, New Jersey, Delaware, Pennsylvania, and Ohio to pitch their ideas for an event, strategy, or initiative that explores a new and groundbreaking approach to Israel advocacy on their campus community.

Yerain who is a US Marine Corps veteran, and Shoval who served in the IDF before enrolling at Baruch, will implement their “B.R.A.V.E initiative” with the funds at their disposal by next semester. Reacting to their win Shoval said, “I’m hopeful that we make a difference. Facing antisemitism in the streets of NY first hand, it has become clear to us how important this has become. I think the connection between IDF and US military veterans is critical because we have so much in common and together can show the world the truth.”

At the decision of the judges, the competing teams were also to be awarded $2,500 each to help bring their projects into fruition. The runners up were New York University Freshman Yonatan Lean, who presented his concept for his art platform “Redefining Zionism;” President of Student Supporting Israel at Columbia University, Ofir Dayan, who proposed a week full of events, being called Israel Liberation week; and Eilona Feder, Neil Dasgupta, and Naomi Gluck, of Stony Brook University who pitcher their idea of an Israel Weekend, full of cultural and political event to educate their campus’ student body.