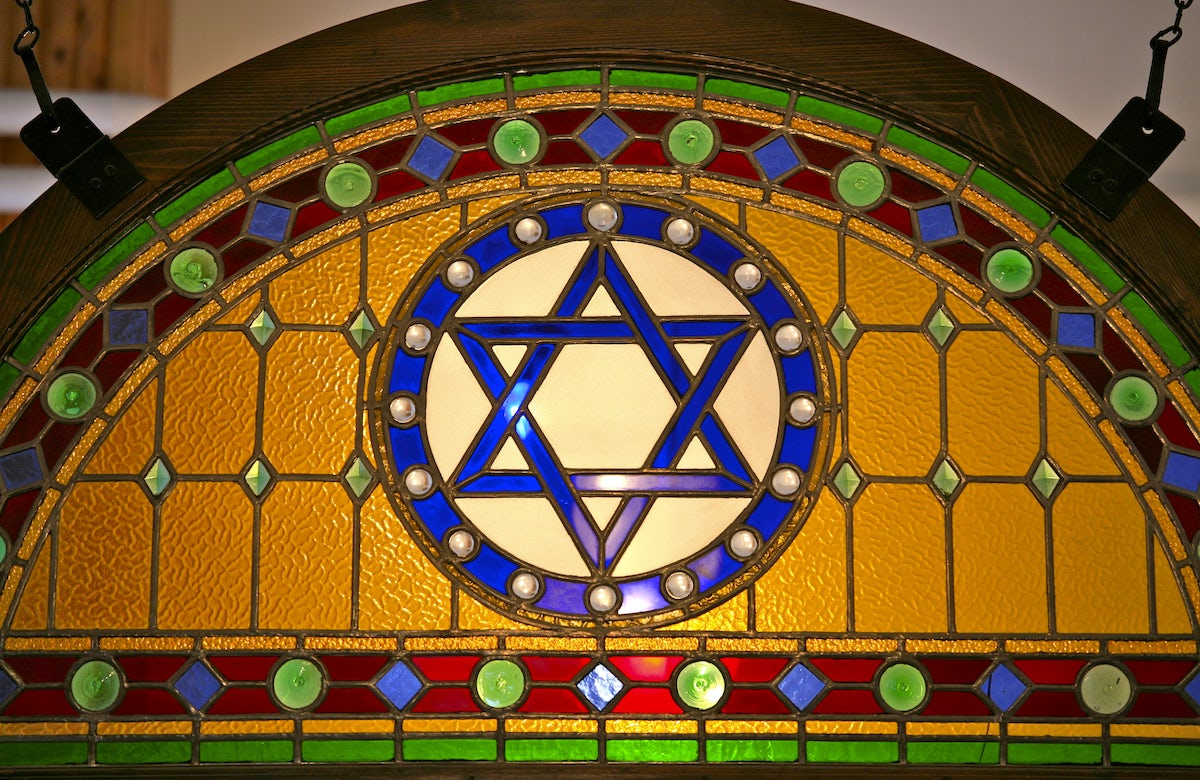 What: Among several hateful and antisemitic posts on Twitter were tweets mocking circumcision, others referencing the antisemitic stereotype of Jews being cheap, and yet others using a slang expression referring to the idea of killing Jews to make soap during the Holocaust.

Responding to the controversy the WJC-affiliated Delegation of Israelite Associations of Argentina (DAIA) tweeted: “The hatred and racism referring to different groups reveals the contempt for equality and human diversity from who today is one of the representatives of Argentina.”

Despite the derogatory tweets, only two days after being suspended, the players were reinstated following pressure from the national team and other Argentine rugby clubs. Click here to read more.

What: Police have arrested a teenager who expressed interest in plotting a mass casualty attack, as well as support of white supremacy and antisemitism. Australian intelligence agencies have consistently warned of an increased threat by right-wing extremists, one year after a white supremacist gunman from Australia killed 51 Muslim worshippers in two mosques in Christchurch, New Zealand. Click here to read more.

What: Austrian police have confiscated nearly a hundred firearms which were going to be sent to German neo-Nazis. Five individuals, including the group’s alleged leader, have been arrested.

“Every single one of these weapons has an appalling effect,” said Karl Nehammer of the Austrian People's Party. “When we talk about the discovery of more than 100,000 rounds of ammunition, you must imagine what incredible damage they could do in the hands of terrorists,” Nehammer added that the weapons depot find was particularly worrisome, noting that it mirrored similar efforts to transport weapons along to Germany for nefarious purposes and possible future attacks.  Click here for more.

Anti-vaxxers put up a poster saying “Impfen Macht Frei- Wacht Auf” (Vaccination sets you free - wake up). The slogan was a reference to the words at the entrance of the Auschwitz Concentration Camp, reading “Arbeit Macht Freit” (Work sets you free).  While there are currently no suspects, Austrian police have opened an investigation.

What: Police are investigating an incident in which four passengers  took control of the public address system on a Belgian train and said “the cancer Jews need to leave the train now or we’ll blow you all up.”

In response to the incident, the Union of Belgium’s Jewish Students (UEJB) broadcasted the following message of inclusivity:

“On Wednesday,  four individuals took control of the intercom of a train connecting Antwerp and Mechelen to order ”Jewish cancers to get off the train.”

"In reaction to that, we would like to wish the Jews, but also all the other people present on this train who are discriminated against on the basis of their culture, their religion, their gender, their sexual orientation or their skin color, an excellent journey on board the SNCB trains [the National railway company of Belgium]." Click here to read more.

What: Vandals vandalized the gate of a synagogue in Plovdiv with the words “Free Palestine Israel=Nazis Antifa Bulgaria.” Police currently have no suspects in the vandalism case.

The International Holocaust Remembrance Alliance’s universal working definition for antisemitism, which was adopted by Bulgaria, includes comparing the State of Israel’s policies to the Nazis as an example of antisemitism. Click here to read more.

What: The youth wing of the ultra-right Workers Social Justice Party tweeted a statement stating that its members would not be vaccinated, along with an image of an anti-Jewish caricature. In an effort to dissuade members for receiving the vaccine, the group tweeted, “We will not allow ourselves to be vaccinated against COVID-19! Those globalizing bastards can blackmail us all they like!”

The group is known for  frequently posting neo-Nazi propaganda, and the Czech Interior Ministry has characterized it as being an extreme-right party. Click here  for more.

What: Miss France runner-up April Benayoum was the target of antisemitic tweets after she mentioned her “Israeli-Italian” father during remarks at the Miss France 2021 beauty pageant. The case was referred to the prosecutor’s office by Minister Delegate for Citizenship Marlène Schiappa.

The antisemitic tweets also prompted condemnations from political figures from across the political aisle.

Interior Minister Gérald Darmanin said he was "deeply shocked" by the comments and stated that "the police and gendarmerie services are mobilized."

“In the face of this barrage of hatred … platforms don’t want to act, didn’t act,” said Aurore Bergé, a lawmaker with Emmanuel Macron’s La République en March. “We need to be much faster in deleting these messages.” Click here to read to more.

French police arrested two adults and two minors who allegedly verbally assaulted a Jewish family in their car near Paris in an antisemitic hate crime. According to media reports, the perpetrators screamed antisemitic insults, including “fuck the Jews,” rocked the car and threw bottles at the car. The perpetrators have been apprehended.

What: A German court has concluded its five-month trial of the 2019 Yom Kippur attack on a synagogue in Halle, sentencing the attacker, who attempted to break into the synagogue before shooting wo bystanders, to life in prison. During the trial, the perpetrator showed no remorse, saying Jews were ruining Germany” and denying the Holocaust, an act that is illegal in Germany.

“I commend the German justice system for imposing the harshest possible sentence on a heartless, vicious antisemite who attempted to murder Jews in a synagogue on the holiest day of the Jewish year, and took the lives of two innocent people who happened to be in his way.

“Federal Prosecutor Kai Lohse appropriately emphasized to the court and the world that the assailant attacked ‘Jewish life in Germany as a whole,’ and that the rampage was a product of his ‘racist, xenophobic and antisemitic ideology.’

“The speed, follow-through and decisiveness of this trial is a definitive example of how the judicial system must respond to such horrific violence, making crystal-clear there is no place for such hateful, harmful rhetoric or behavior in society.” Click here to read more.

A German neo-Nazi paramilitary group Wolf Brigade 44, named after an SS war criminal, was banned by the federal government. It has recently come to light that a significant number of individual German police officers have ties to neo-Nazi organizations, and the German federal government has recognized this systemic problem as a potential threat.

A Holocaust memorial in Leipzig has been smeared with swastikas. The perpetrators are unknown and Leipzig police are investigating the situation.

What: Unknown vandals sprayed a Christogram cross with the words “Jesus Christ Conquers” on the Holocaust monument, and broke a part of the marble base of the monument. A similar incident occurred on the doors of a tobacco warehouse in the city of Drama where, on 3 March 1943, the Bulgarian occupying forces arrested and imprisoned the Jews of the city before deporting them to the Nazi extermination camps.

The incident was condemned by the Central Board of Jewish Communities in Greece, which said that the incident “offends the city's history and culture.”

The vandalism was also condemned  by the Greek Foreign Ministry, which called the incidents "heinous and “an affront to the memory of the victims of Nazi brutality.”

This was the latest incident in what  has become a disturbing pattern in Greece, where Jewish sites have become regular targets of antisemitic sentiment. There have been at least six deliberate desecrations of Jewish cemeteries and sites in Greece since October, according to reports. Click here to read more.

What: Graffiti reading “good Jew dead Jew” and “murdering Jews we will hang you” was written on the gate of a Jewish cemetery near Madrid, Spain. The perpetrators also painted a Star of David with the word Raus, German for “out,” on the gate.

The WJC-affiliated Federation of Jewish Communities of Spain condemned the incident as “intolerable” and called for the culprits to be brought to justice. Click here to read more.

What: The Foundation Against Racism and Antisemitism published a report highlighting the foundations highlighting the presence on memes on social media linking Jewish influence with the spread of the virus, as well as the prevalence of Nazi and Holocaust-related images at demonstrations against social-distancing restrictions.

Foundation Against Racism and Antisemitism Managing Director Dina Wyler said, “Unfortunately, the scapegoat is often Jews,” adding that “Antisemitism never went away, but it became less socially acceptable. Now the boundaries of what one can say have shifted.” Click here to read more.

What: In a video captured of the incident in Kyiv, the ultranationalist man also warned that he wanted to “show everyone how to treat foreigners who are occupying and taking over the country.”

Police have opened an investigation. The incident was also condemned by Ukrainian Foreign Ministry, which said there is “no place for antisemitism” in Ukraine. Click here to read more.

Unknown perpetrators smeared swastikas in Kleve on several stumbling stones. The incident is being investigated by the authorities.

What: The report issued by the UK's Community Security Trust (CST) discussed the prevalence of several antisemitic conspiracy myths online, including one claiming that Jews are creating and spreading COVID-19. The first half of 2020 saw the highest rate of online antisemitism ever recorded, according to the report. Click here to read more.

There were a couple of other reports published by the CST over the month as well. A separate report  found that antisemitism can be a warning sign of other extremist activity. The report focused on the trial of a serial antisemitic hate crime offender, who also became an Islamic extremist. Another CST report found that over the past two academic years, there had been 123 antisemitic incidents perpetrated by students, academic staff,  union officials and student society officers at British universities.

A 23-year-old member of the United Kingdom-based terrorist organization Feuerkreig Division (FKD) was sentenced to four years and two months in prison for promoting neo-Nazi propaganda.

What: The homepage of the high school displayed a video of Nazis marching, along with the song with the words “Let the Jews die.” Other pages on the site displayed photos of the Auschwitz concentration camp and a Nazi rally.

"Last night the Nassau County Police Department commenced an investigation into disturbing and malicious communications that involve online attacks against our Jewish community," said Nassau County Police Commissioner Patrick Ryder. "These attacks will never be tolerated, and I have assigned extra resources due to these antisemitic remarks and threats." Click here to read more.

Over the eight days of Hannukah, incidents of antisemitic violence and vandalization surged, including a menorah being smashed to pieces at Alameda City Hall in California on the first night of Hannukah, a synagogue in Davenport, Iowa being vandalized, and a community member being run over at a menorah lighting at Chabad of Bluegrass in Lexington, Kentucky. The driver shouted antisemitic slurs, then ran over the man. Authorities say the act was, “Hateful, hurtful, and cowardly.”

There were also several other incidents of antisemitic graffiti and vandalization recorded over the last month, including the Anne Frank Memorial in Boise, Idaho being vandalized with swastika posters. That very statue had been toppled in 2007 and vandalized in 2017. In New York, antisemitic graffiti was scrawled across a fence in Forest Hills, and two men sprayed a swastika onto the Yeshiva Mesilas Bais Yaakov building in Brooklyn.