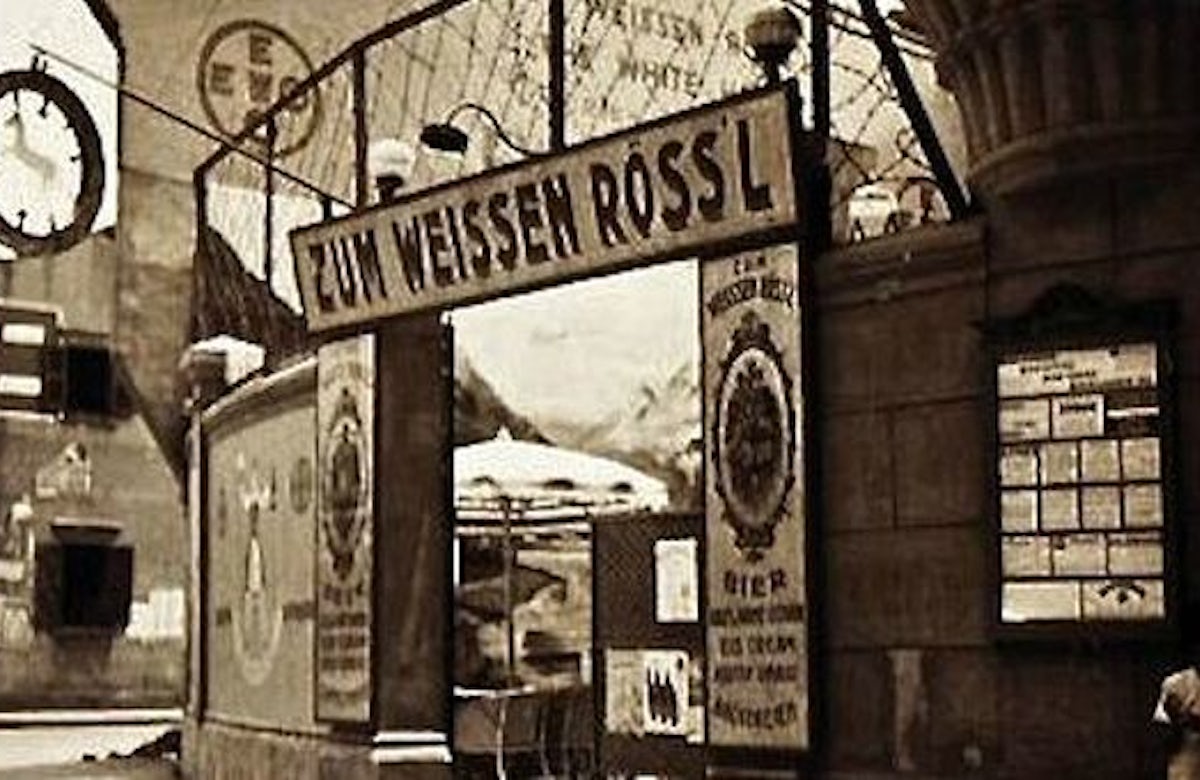 On Wednesday, an iconic café in the former Jewish ghetto of Shanghai, which served as a meeting place for Jewish refugees during World War II, was re-opened in the presence of 300 dignitaries, including a representative of the World Jewish Congress (WJC). 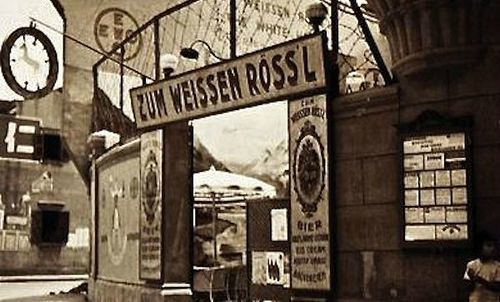 At the time, the White Horse Café (‘Zum Weissen Rössl‘) was a café where the Jewish refugees met.

As the “port of last resort,” Shanghai served as a temporary home to tens of thousands of Jews who fled persecution and eventually genocide in Europe during the 1930s and 1940s.

China is currently promoting Shanghai’s role sheltering European Jews from the genocidal Nazis as part of its commemorations for the 70th anniversary of the defeat of Japan, which will culminate in a huge military parade next week.

Nazi Germany’s wartime ally Japan took the city in 1941, and later moved 20,000 Jews into a ghetto in the northern district of Hongkou, where they lived alongside Chinese residents in very poor conditions.

Despite occasional mistreatment by the authorities, they were spared systematic extermination, thanks to Japanese defiance of requests from Berlin. “Shanghai saved our lives,” former Jewish refugee Judy Kolb, who lived in the ghetto as a child, told the news agency AFP.

“Shanghai was the only city foreigners could get into without visas, even without passports – the only city that opened the door,” said Pan Guang, dean of the Center of Jewish Studies in Shanghai, told AFP.

“The Jewish refugee story is a natural choice for this kind of commemoration, as it has many ‘feel good’ elements, including overcoming hardship, and friendship between Chinese and foreigners,” Doug Young, a professor of journalism at Fudan University, wrote in the ‘Shanghai Daily’ newspaper.

WJC Deputy CEO for Diplomacy Maram Stern was among the speakers at the re-opening ceremony at the White Horse Café. He told the guests: “The ghetto here was squalid, and the 18,000 people who in 1943 were forced by the Japanese occupiers to live in the restricted sector suffered a great deal, as did the native Chinese population there. But compared with the ghettos in Warsaw, in Theresienstadt, in Lodz, this was probably paradise. At least it was a safe haven for tens of thousands of Jews.

“And we thank the Chinese people, on behalf of the Jewish communities around the world, for providing these European Jews with a safe haven.”

The White Horse Café first opened in 1939. It has been rebuilt in a new location opposite tothe Shanghai Jewish Refugees Museum with its original look. The three-story wooden and brick structure that combined Western and Eastern architecture served as a popular shelter for Jewish residents living nearby.

The owner sold the café to a local after the war. It was demolished in 2009 to make room for a subway. The Shanghai Jewish Refugees Museum collected the building’s blue prints and key components such as beams and some wooden curving on walls for the rebuilding.

Among the guests at the ceremony on Wednesday was Ron Klinger from Australia. His grandparents, who had come to Shanghai from Vienna in 1938, had opened the inn. "A lot of people visited, Jewish people and non-Jewish people. It was like cafe, bar and nightclub. It was very popular," recalled Klinger.

The new coffee house was rebuilt in accordance with the original style. It displays some old photos donated by the Klinger family. 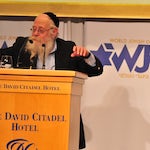