Canadian FM Freeland tells WJC forum: Antisemitism is very real, even in Canada, and we must continue to speak and act against it - World Jewish Congress

Canadian FM Freeland tells WJC forum: Antisemitism is very real, even in Canada, and we must continue to speak and act against it 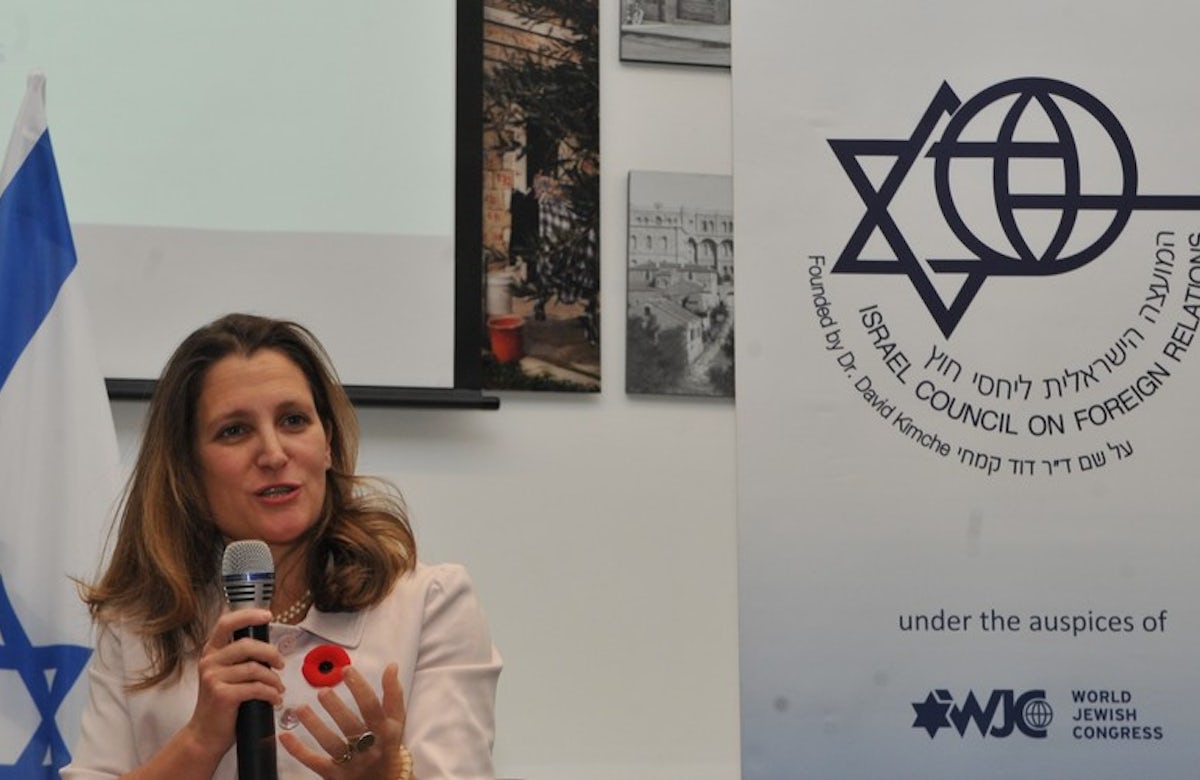 JERUSALEM — Speaking to a forum of the World Jewish Congress on Thursday, Canada’s Foreign Minister Chrystia Freeland addressed the recent massacre at a Pittsburgh synagogue and the problem of antisemitism in general. "Jewish people are the religious group in Canada today most likely to be targeted for hate crimes,” Freeland said during a Davos-style discussion organized by the Israel Council on Foreign Relations, which operates under the auspices of the World Jewish Congress.

In response to a query from a journalist, the minister added, “The important reality for me is to acknowledge that antisemitism is very real, even in my country, and that we must continue to speak and act against it.”

Freeland confirmed that Prime Minister Justin Trudeau will deliver a formal apology in Parliament on November 7 for Canada's decision in 1939 to turn away the Jewish refugees aboard the M.S. St. Louis. After noting that Canada had only admitted 5,000 Jewish refugees between 1933 and 1945, she said, “Rather than erase our past, our obligation is to learn from it.” 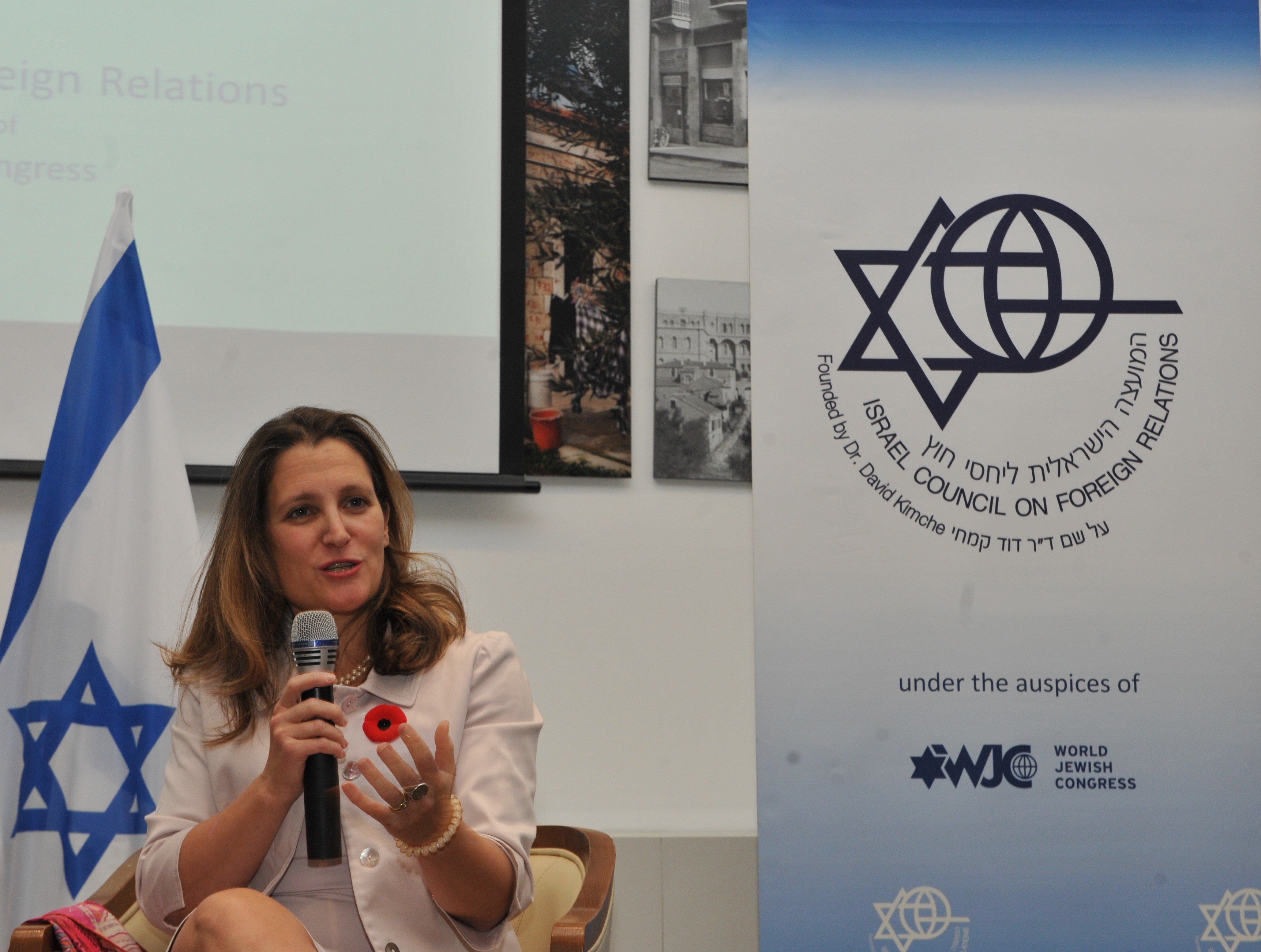 Canadian Foreign Minister Chrystia Freeland speaking at a forum of the ICFR, which operates under the auspices of the WJC, in Jerusalem on  1 November 2018. (c) Andres Lacko

Touching on the potential for cooperation between Israel and Canada in the field of innovative technologies, Freeland remarked, “There is so much we can do together. This is an important area to get our diplomats to work… on. How great is it to be able to have a conversation…not just about security?” Elaborating on the topic, she continued, “With all that Israel has to offer, its innovative minds, entrepreneurial spirit, and boundless energy…[w]e often say in Canada that the world needs more Canada. I can also say the world needs more Israel.” She also praised Israel for its cooperation in a mission that enabled 400 White Helmets to find sanctuary. “This is an example of not cursing the darkness, but instead lighting a small candle.”

Asked by ICFR President Dan Meridor about her views on the worldwide decline in liberalism, Freeland said, “We may have believed that all the people of the world had a common human desire to have their rights, peace, and prosperity.” However, she agreed with Robert Kagan, author of The Jungle Grows Back, who posits that “the base state of human society is a jungle.” Freeland added, “We must be very assiduous gardeners.” She went on to say with regard to the worrisome trend of politicians around the world undermining the legitimacy of the judiciary that “our courts are often at their most powerful when they go against the will of the majority. That is not a flaw in the system, that is the whole point.”

The Foreign Minister also raised the issue of Canada’s bid for a seat on the UN Security Council in 2021 and said that she believed Canada deserved it because it was pursuing “just and important goals.” Freeland conceded that the UN “is not perfect, but if it didn't exist, we'd need something else like it.”

Closing the event, ICFR Board Member Prof. Irwin Cotler, former Canadian Minister of Justice and Attorney General, praised Minister Freeland for her global leadership in areas such as human rights, free trade and humanitarian aid, and in a nod to what she said earlier, added, “The world needs more Chrystia Freeland.” 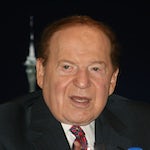 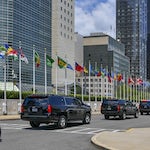 More of the same: Anti-Israel resolutions at the United Nations General Assembly in 2020 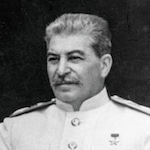