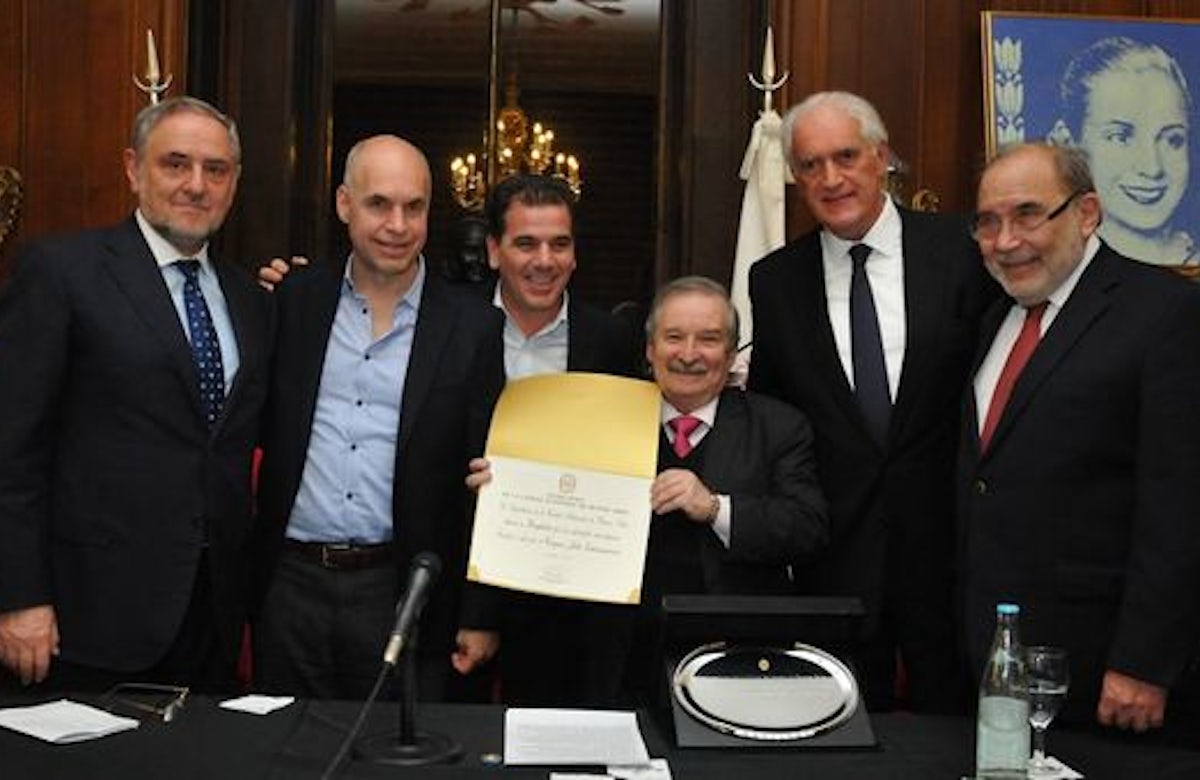 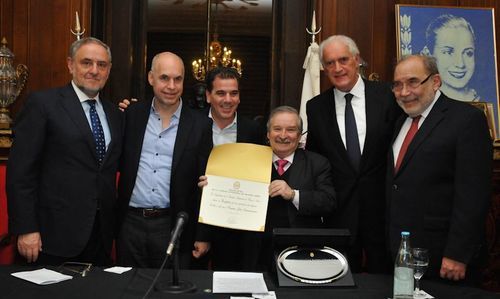 The legislature recognized the LAJC as the diplomatic organization of Jewish communities with a declaration presented to LAJC President Jack Terpins in a special ceremony at the Palace of the Buenos Aires City Legislature last night.

The declaration reads: “The Latin American Jewish Congress conducts meetings with leaders from across the political spectrum, promoting constructive dialogue as a platform for political interaction and preserving partisan diversity. In the context of a society fractured by politics, the LAJC’s actions contribute to the construction of diversity and pluralism.”

“I am honored to accept this award on behalf of the LAJC,” said Terpins. “This recognition empowers and inspires our efforts to foster interfaith religions between Latin American Jews, Christians, and Muslims.”

“We are humbled by the Buenos Aires City Legislature’s recognition,” said WJC CEO Robert Singer, who participated in the event on behalf of Ronald S. Lauder and shared the WJC president’s greetings.

Singer, who will also participate in the commemoration of the 21st anniversary of the AMIA bombing, added: “At the same time, this will be yet another anniversary of the terror attack on AMIA on which we will have to repeat our call for justice."