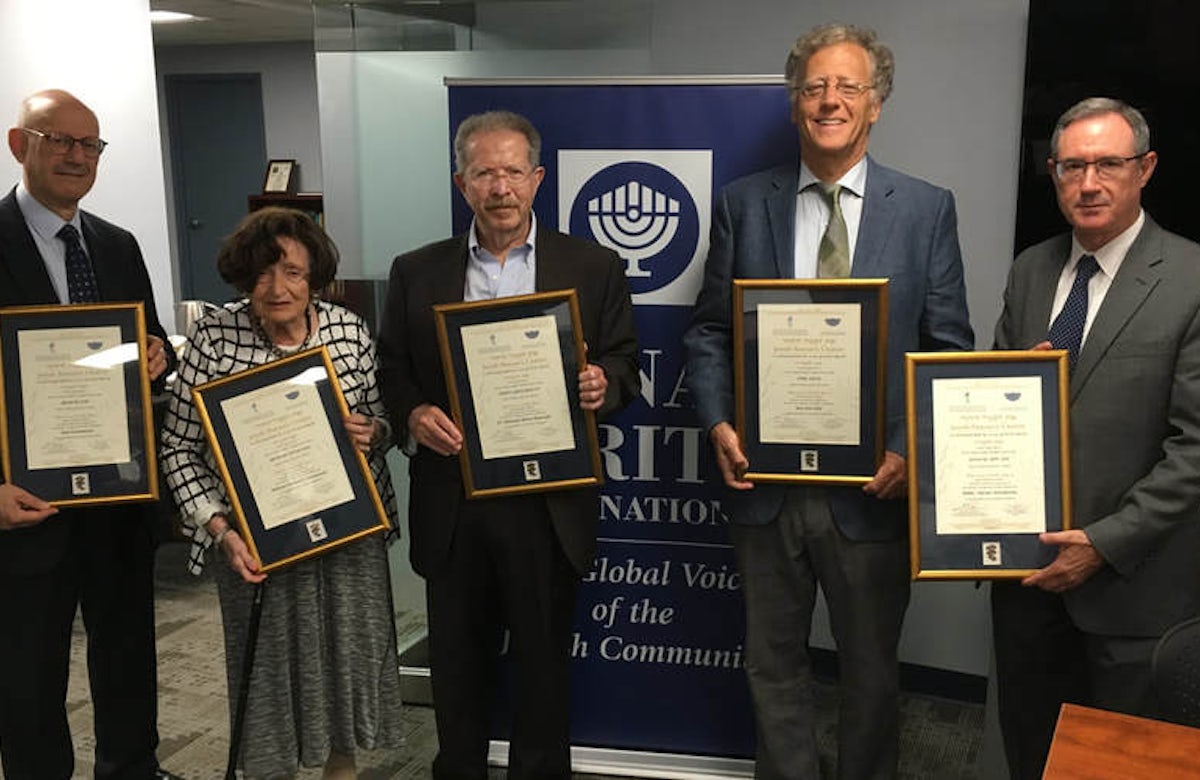 NEW YORK - B’nai B’rith International and the Committee to Recognize the Heroism of Jews who Rescued Fellow Jews During the Holocaust (JRJ) on Monday presented citations to a number of Jewish individuals to honor their valiant efforts to save the lives of others. 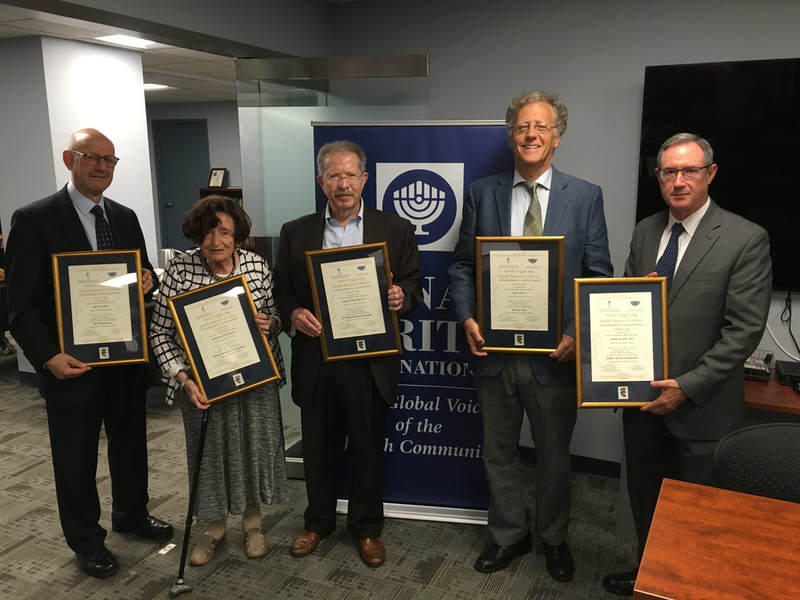 “Thousands of Jews were saved by other Jews across Europe during the Holocaust. Many of these rescuers, rather than flee to ensure their own safety, chose to help other Jews escape,” noted B’nai B’rith International CEO Daniel S. Mariaschin.

“It is critical that the effort of Jewish rescuers is remembered and we commit ourselves to sharing these stories that remind us all of the unique role these Jewish rescuers played in our history. There are so many individual stories. It falls on us to make sure these stories are told to personalize what happened.”

“Bnai Brith should be commended for this particular initiative, among so many others,” Rosensaft said in accepting the citation on behalf of his mother. “How overdue the recognition of Jewish rescuers is. The fact that they have been ignored is a stain on the work of remembrance that has been performed by the various Holocaust institutions…. The Jews in the ghettos and the camps and the forests who risked their lives to help others deserve no less recognition [than righteous gentiles].”

After Dr. Bimko-Rosensaft’s first husband and 5.5-year-old son were murdered in Auschwitz-Birkenau, she went on to save the lives of women inmates at that camp and later, as a doctor at the Bergen-Belsen concentration camp, kept 149 children alive, scouring the camp for young people in need of the food and medicine she managed to scavenge. Following the liberation of Bergen-Belsen, Dr. Bimko-Rosensaft was appointed head of the camp’s medical service by the American military and worked to save as many of the ill and malnourished prisoners as possible.

At gatherings of survivors over the course of next half century, said Menachem Rosensaft, his mother was told over and over: “You don’t remember me but you saved my life.”

Another honored rescuer was Ben Zion Kalb, who saved about 1,000 fellow Polish Jews, mainly infants, youngsters and teenagers, via a land route and a smuggling operation into Slovakia and whose son Mark told attendees at yesterday’s ceremony that the Jewish “rescuers themselves deserved something better than to be forgotten, having shown extraordinary courage.”

The Jewish Rescuer’s Citation was established in 2011 to pay honor and respect to Jewish rescue of other Jews during the Shoah. To date, more than 170 Jewish heroes have been honored for their daring rescue activities in Germany, France, Hungary, Greece, Slovakia, Yugoslavia, Russia, Lithuania, Poland and Holland.