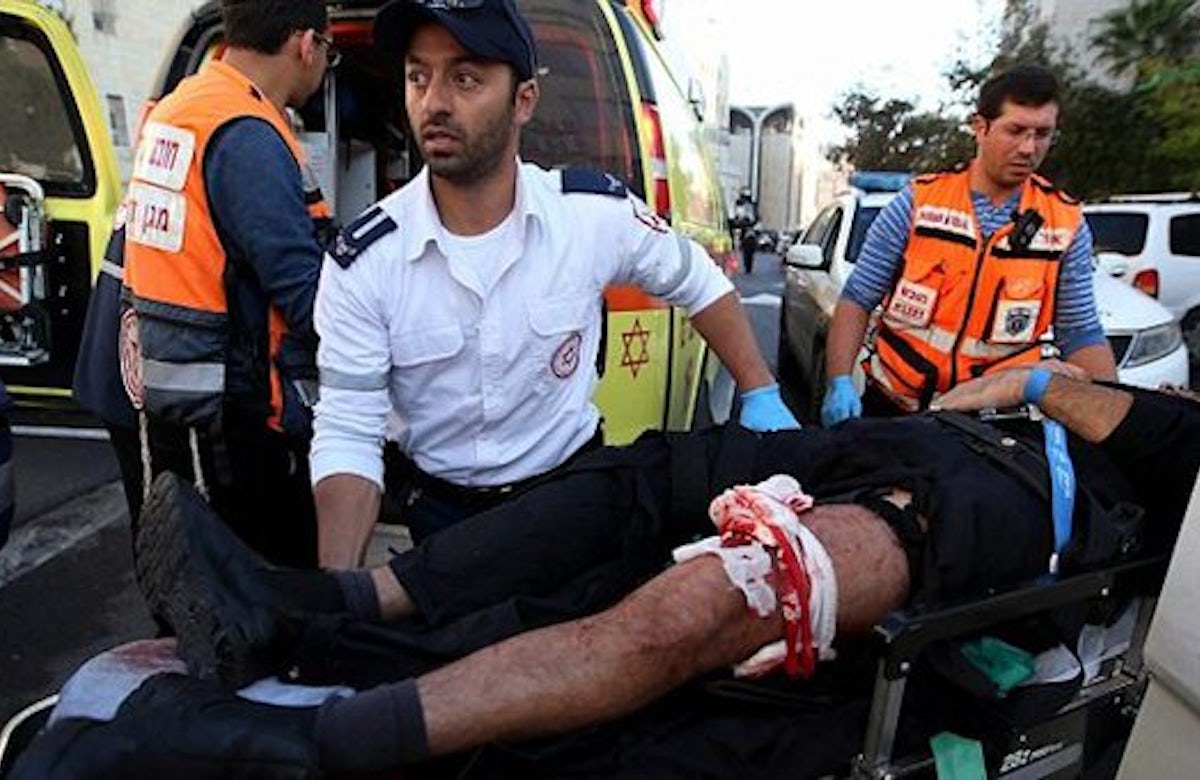 Leaders of the World Jewish Congress (WJC) on Tuesday expressed shock and outrage at yet another terrorist attack in Jerusalem.

Four rabbis and a policeman were killed and more than a dozen other people wounded when Arab terrorists burst into a synagogue during morning prayers and attacked worshipers with a gun, a meat cleaver and an ax. Two of the perpetrators were killed by police officers arriving at the scene. There are reports that a third attacker managed to flee. It was the deadliest terror attack in Jerusalem since 2008. 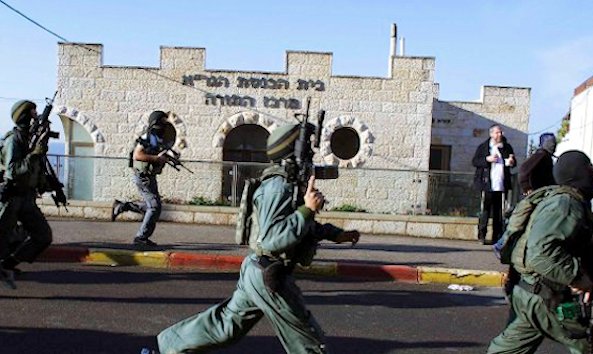 A worshiper who attended the morning service in the Kehillat Bnei Torah Synagogue said about 25 people were praying when the shooting started. "I looked up and saw someone shooting people at point-blank range. Then someone came in with what looked like a butcher's knife and he went wild," Yosef Posternak told 'Israel Radio'. Pictures posted by an Israeli army spokesman on the internet showed a man in a Jewish prayer shawl lying dead, a bloodied butcher's cleaver discarded on the floor and several overturned prayer tables.

The Abu Ali Mustafa Brigades, the armed wing of the Popular Front for the Liberation of Palestine, on Tuesday claimed responsibility for the attack, calling it a “normal reaction to the crimes of the occupation," according to the 'Times of Israel'. Hamas leaders also praised the terror attack.

The rabbis who died in the attack were British-born Shmuel Goldberg as well the American-born Aryeh Kopinsky, Calman Levine and Moshe Twersky. The latter was the son of Rabbi Isadore Twersky, the founder of the New Harvard Center for Jewish Studies. The Israeli police officer was identified as Zidan Saif, 30, of the Druze town of Kfar Yanouch in the Galilee.

WJC President Ronald Lauder said: “Our hearts go out to the victims of this heinous crime and to their families.” Lauder added that the bloodbath in the Kehilat Bnei Torah Synagogue in Har Nof was “obviously the result of an orchestrated campaign by Palestinian groups whose sole aim is to incite to hatred and violence against Jews.”

He welcomed Palestinian Authority President Mahmoud Abbas’ condemnation of the attack but said that in order to be credible Abbas had to stop the “vicious incitement against Israelis that is happening on his watch.”

“Instead of opposing the extremists in his own ranks, Mr. Abbas has been placating them. If he wants to retain any credibility he must show strong, unequivocal leadership now. Failure to do so would have catastrophic consequences and would probably put a stop to the peace process for many years to come. The next weeks will show if he is a credible Palestinian leader,” Lauder said.

The WJC president called it an outrage that houses of prayer were now being deliberately targeted by Palestinian terrorists. “Houses of worship anywhere in the world must be sacrosanct. Whoever attacks peaceful worshipers in a synagogue, a mosque or a church is a despicable criminal.”

Meanwhile, the European Jewish Congress called on European leaders to condition future aid and cooperation between the EU and the Palestinian Authority on the end of "rampant incitement against Israel and Jews".

“The European Union has placed too much focus on Israeli actions and have completely ignored far more important issues like incessant Palestinian incitement which directly leads to massacres like the one we saw at the synagogue this morning and over the last couple of weeks,” EJC President Moshe Kantor declared. “The Europeans have an ability to influence and a tool with which to pressure the Palestinians to end the daily incitement emanating from its leaders, education system, media and religious institutions, and that is the financial assistance which is helping aid this system.”

US Congressman Engel: 'How can Israel make peace when its citizens are slaughtered in holy places?' 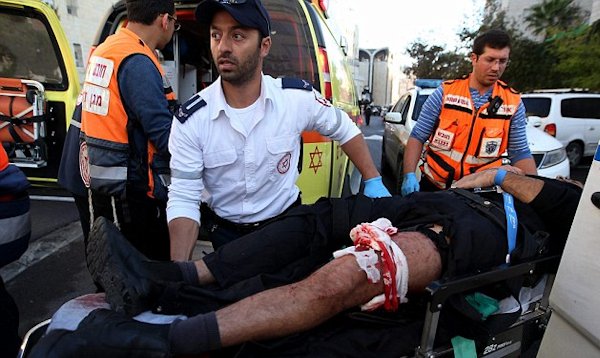 US Representative Eliot L. Engel, the chairman of the International Council of Jewish Parliamentarians, expressed outrage at the attack. “Once again, an act of terrorism hits home for our community; one of the victims had family in Riverdale. They are my constituents and my friends, and they have been forced to bury a lost loved one. No family anywhere should have to endure such a tragedy.

"Murdering innocents and using terrorism as a political tool will never succeed in bringing about a Palestinian state. Killing worshippers at prayer is an inhuman act for which there can never be a justification.

“This attack underscores the grave challenges to the peace process. How can Israel make peace when its citizens are slaughtered in holy places? How can Israel negotiate with a partner whose leaders incite this sort of violence? When Palestinian leaders should be denouncing violence, we hear instead calls for 'days of rage.' Rather than condemning these cowardly acts, Hamas leaders are celebrating in the streets.

"This must stop. A Palestinian state will never be born on the backs of terror victims.”