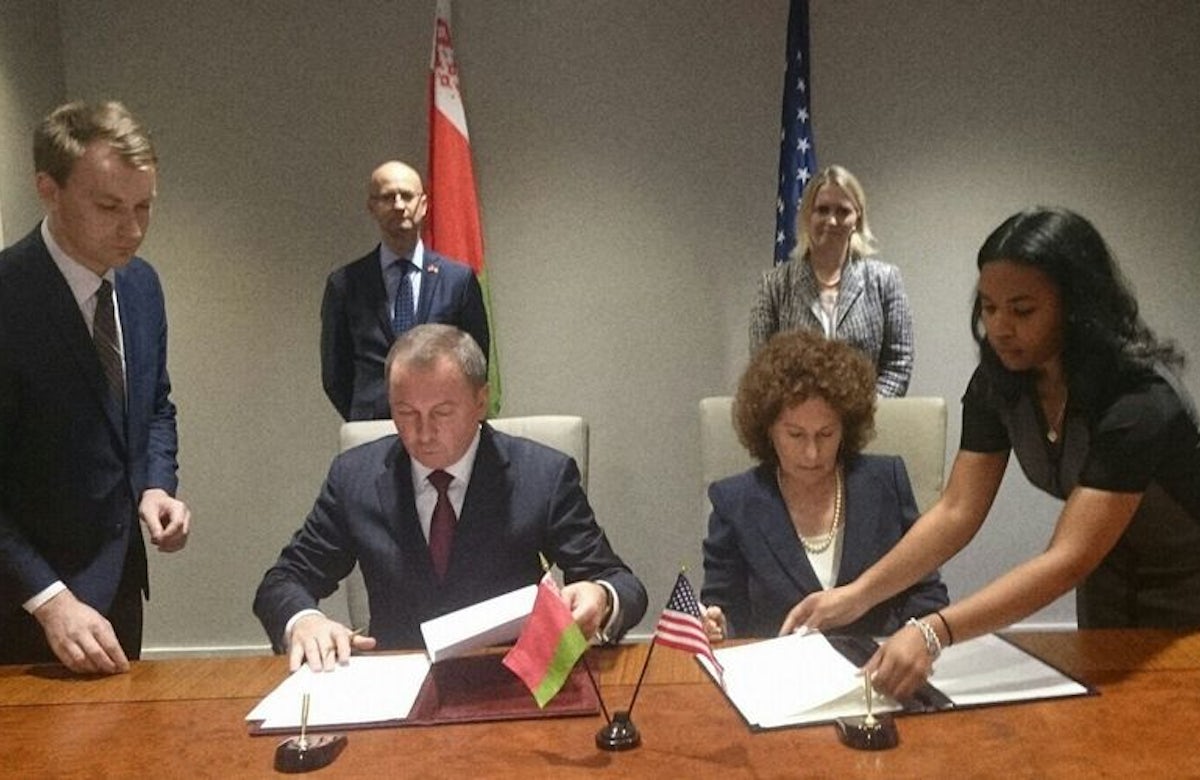 NEW YORK - Belarus and the United States on Wednesday signed an agreement at the World Jewish Congress headquarters to preserve and protect certain cultural properties of all ethnic groups, including the victims of the Nazi genocide.

The agreement, signed by Belarus Foreign Minister Vladimir Makai and U.S. Commission for the Preservation of America’s Heritage Abroad Chair Lesley Weiss, declares that “Each party will take appropriate steps to protect and preserve properties that represent the cultural heritage of all national, religious, or ethnic groups that reside or resided in its territory, including groups that were victims of genocide during the Second World War.”

On behalf of the World Jewish Congress, an NGO that has fought long for the preservation of cultural sites and other sites abroad important to our community, I want to thank the foreign minister, the chairwoman, and the deputy assistant secretary for signing this momentous agreement that will forge a partnership between the United States and Belarus to protect and “preserve the heritage of all Americans,” said World Jewish Congress President Ronald S. Lauder. 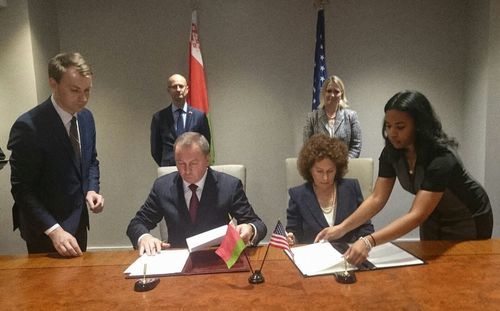 Weiss said: “The annihilation of European Jewry during the Holocaust and the disregard of religious concerns by Communist dictatorships prompted the United States to seek agreements with the governments of the region to ensure the free exercise of religious beliefs and to preserve the cultural heritage of Americans. This will be the 25th such agreement the United States has entered into with the nations of eastern and central Europe.”