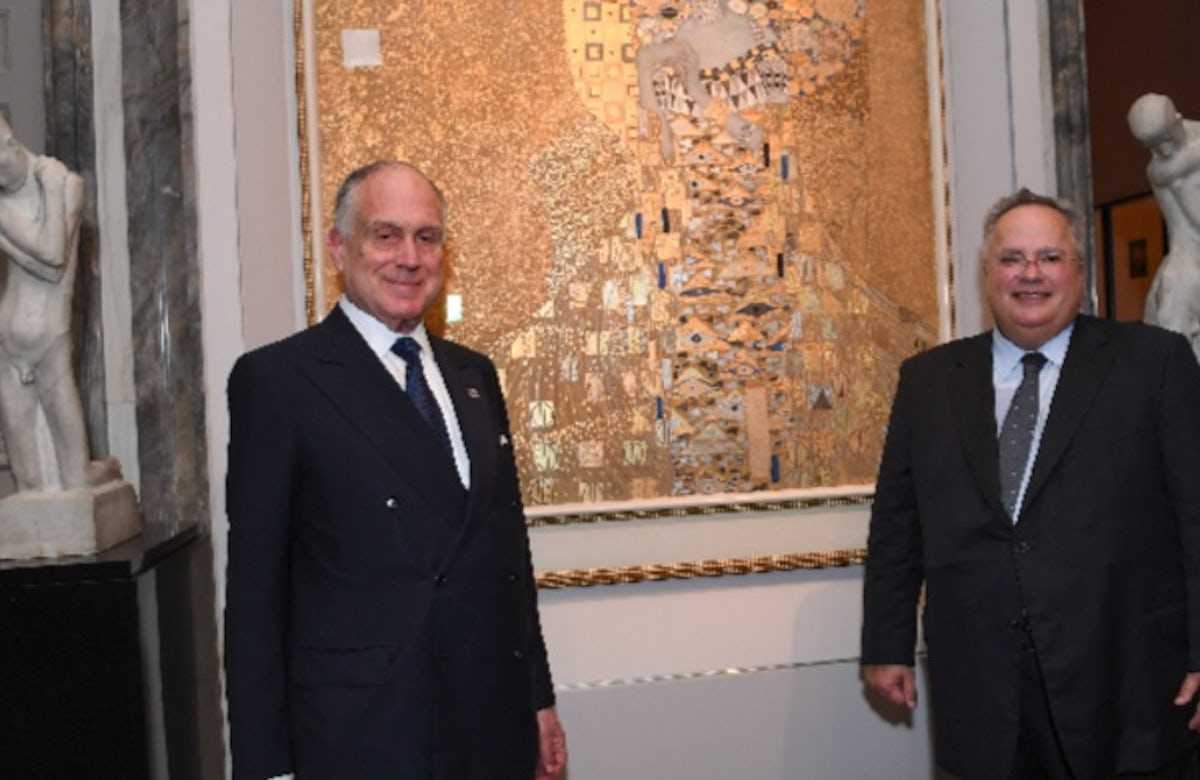 NEW YORK - Greek Foreign Minister Nikos Kotzias on Tuesday strongly decried moves to delegitimize the State of Israel and called comparison of Israel to Nazism as “an ex post attempt to acquit those who committed the crime of the Holocaust”.  Kotzias was speaking at a reception in his honor hosted by World Jewish Congress President Ronald S. Lauder on the sidelines of the United Nations General Assembly in New York. 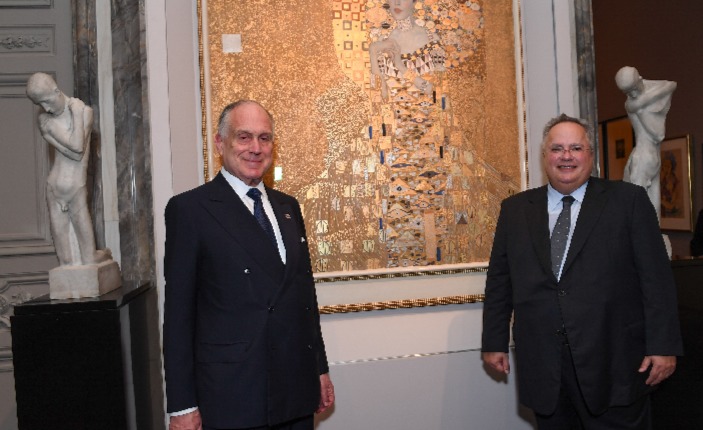 In a warm welcome of Kotzias, Lauder thanked the minister for his strong support of Israel and personal fight against anti-Semitism in Greece. “Minister Kotzias represents the amazing changes in the improved relations between Israel and Greece over the past two years,” Lauder said.

“As a member of UNESCO’s Executive Board, Greece voted against that outrageous decision that denied any Jewish connection to Jerusalem. That’s like saying the Acropolis isn’t Greek,” Lauder added. “The Greek government has strongly opposed calls for Israel’s destruction, the denial of the Holocaust and all forms of anti-Semitism.  In Greece, Foreign Minister Kotzias has personally fought against the Golden Dawn Party and its anti-Semitic views. He has been a champion of the Greek Jewish community.”

Kotzias spoke strongly against the “hypocrisy and double speak” of Western criticism of Israel. “Each of us needs to respond to a fundamental question: do the Jews have a right to live in a secure, democratic state? The answer is simple, and one word: Yes, they do,” Kotzias said. “Moreover, the rest of us have the obligation to defend this right.”

“When I hear people say that ‘the Jews are doing what was done to them’, when I hear them equate Israel with the Nazi crimes, I do not hear ‘normal’ criticism. What I hear is an ex post attempt to acquit those who committed the crime of the Holocaust,” he added.

Kotzias also spoke of his government’s commitment to combat anti-Semitism and the strong relationship between Israel and Greece.

He also urged Israel to “resolve any problems it has in its neighborhood, and not to put it off to a foggy tomorrow…   because the historical trend is now for Israel's powerful friends to be showing signs of decline,” adding that Western countries must stop unjustly condemning Israel and contribute to helping reach a solution to the Middle East conflict. “If they want Israel to promote the two-state solution in the Middle East - the right solution, in my opinion - then they should decide to no longer be part of the protest and instead be part of the solution.”