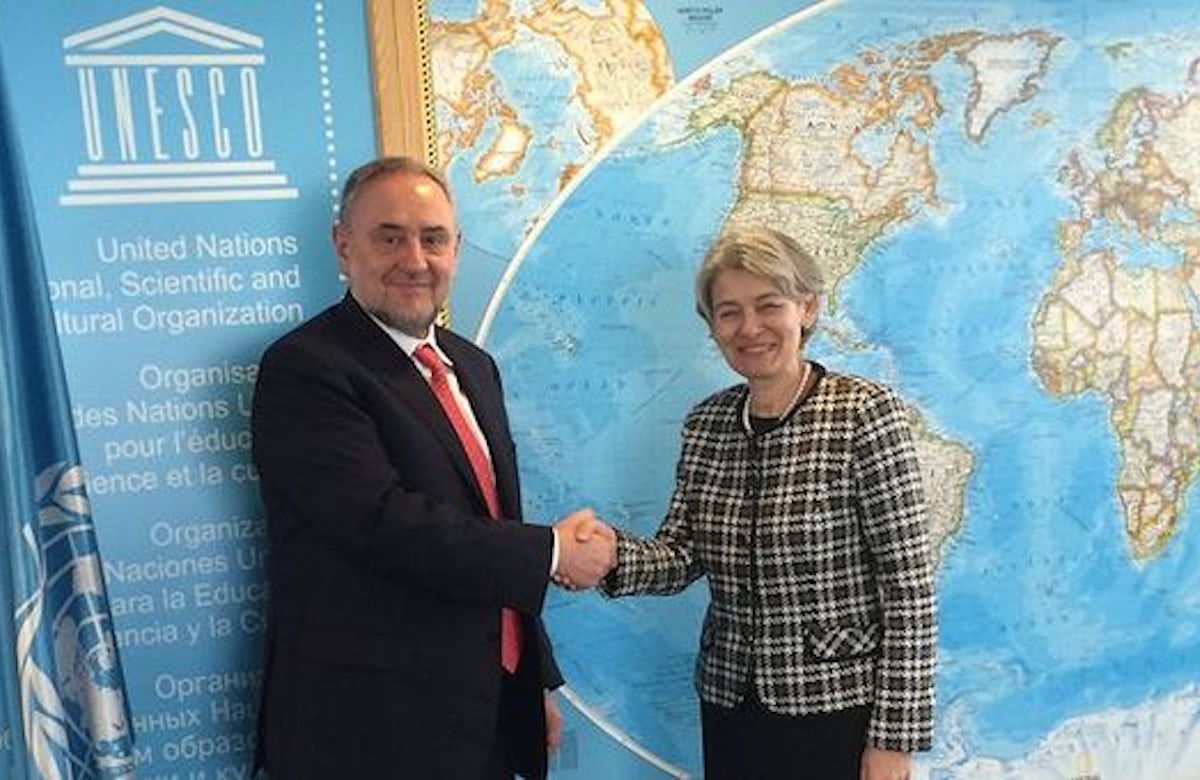 Robert Singer, CEO of the World Jewish Congress, met in Paris with Irina Bokova, the director-general of the United Nations Educational, Cultural and Scientific Organization. 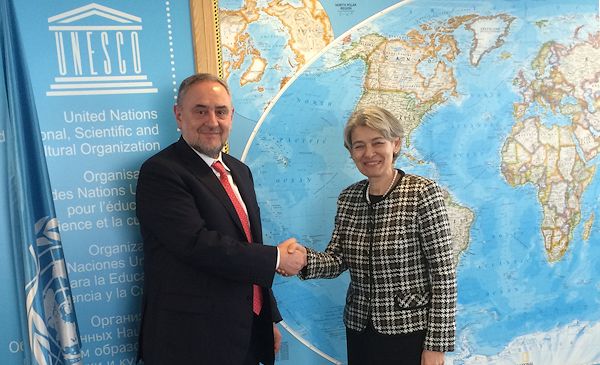 Bokova expressed a wish to strengthen the partnership with the World Jewish Congress, which dates back to 1962.

Bokova criticized the upcoming second Iranian Holocaust cartoon contest, saying it went against UNESCO's values. The competition was launched in Iran last month in response to French satirical weekly Charlie Hebdo’s decision to publish cartoons depicting the Prophet Mohammed.The winner of the contest will receive a cash prize of $12,000, the runner up $8,000 and third place $5,000, according to Iranian media reports.

The meeting came on the heels of Bokova’s veto of the inclusion of a collection of Palestine-themed posters into UNESCO’s world heritage register on the grounds that the documents could fuel anti-Semitism.

Last month, Bokova wrote in a letter to Singer, who had criticized the register’s initial acceptance of the Palestinian poster collection: “It is my conviction that UNESCO should not associate itself with such documents whose inscription could fuel hatred and anti-Semitic perceptions.” Bokova and Singer both expressed appreciation today for the other's support on this issue. Bokova stressed that some of the posters undermined UNESCO's values.

The discussion at the meeting also focused on the rise of anti-Semitism in Europe and on UNESCO’s efforts to protect Jewish cultural sites in the Middle East, especially in Iraq and Syria.

“I look forward to building a stronger partnership with UNESCO and continuing to work together to address issues of anti-Semitism," Singer said.

Bokova, a former Bulgarian foreign minister who has been at the helm of UNESCO since 2009, said UNESCO saw  combating this phenomenon as one of its top priorities.