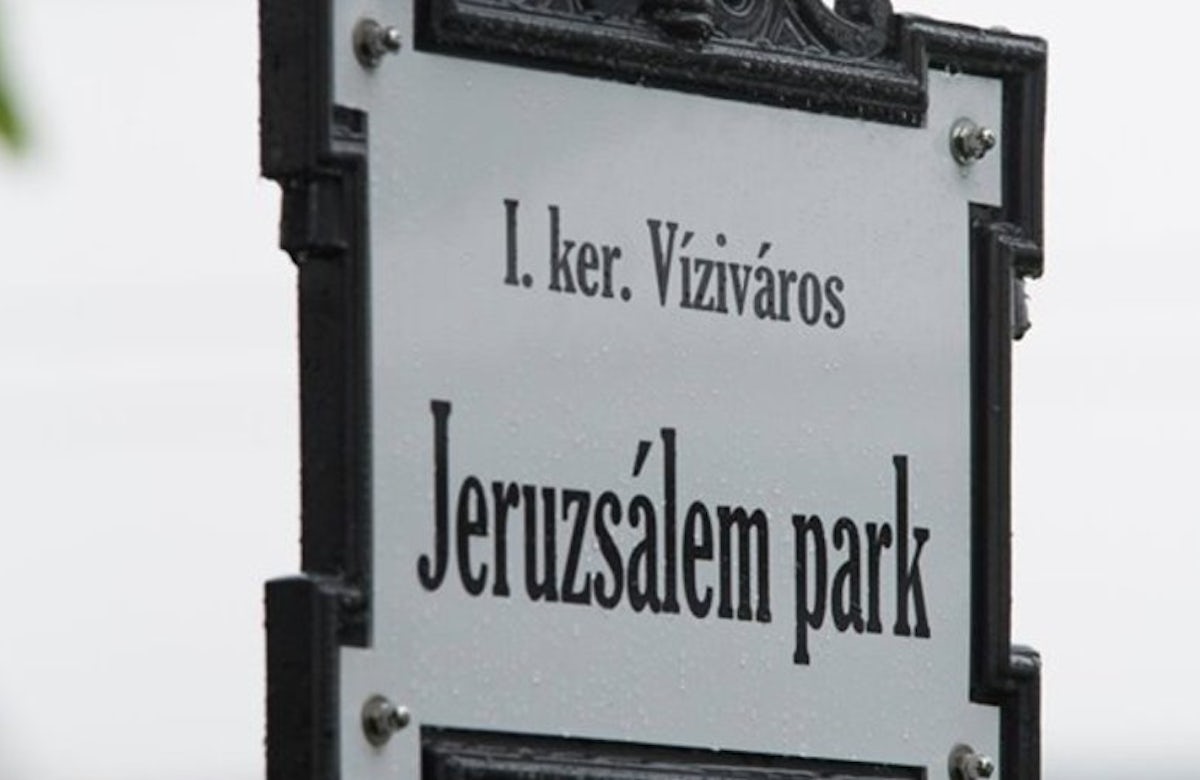 BUDAPEST –A central park in the Hungarian capital of Budapest has been renamed Jerusalem Park, at the initiative of the Federation of Jewish Communities in Hungary (MAZSIHISZ) and its president Andras Heisler. The park was unveiled in the presence of honored invitees including Hungarian government officials, Budapest Mayor István Tarlós, Israeli Deputy Minister of Foreign Affairs Tzipi Hotovely, members of the Embassy of the State of Israel, and representatives of the United States and the Czech Repblic.

MAZSIHISZ President Heisler underscored that the renaming ceremony is important for both the Jewish community, as Jerusalem is the cradle of the Jewish nation, as well as of the Christianity. Heisler emphasized that “Budapest is a peaceful home to the largest remaining Jewish diaspora in Central-Eastern Europe”.

Tarlós, the mayor of Budapest spoke of the importance of the park’s geographic proximity one of the most iconic landmarks in Budapest, the Chain Bridge. “This is a friendly gesture of approach that the Hungarian capital decided to rename a public place on the Jewish state’s ancient capital, and did so exactly in 2018, during the 70th anniversary of the establishment of the State of Israel.”

Hotovely, Israel’s Deputy Minister of Foreign Affairs, called the renaming a milestone in relations between Hungary and Israel, and thanked Hungary for its support of Israel within the European Union and at other international arenas and recognizes the Jewish State’s right of defense.