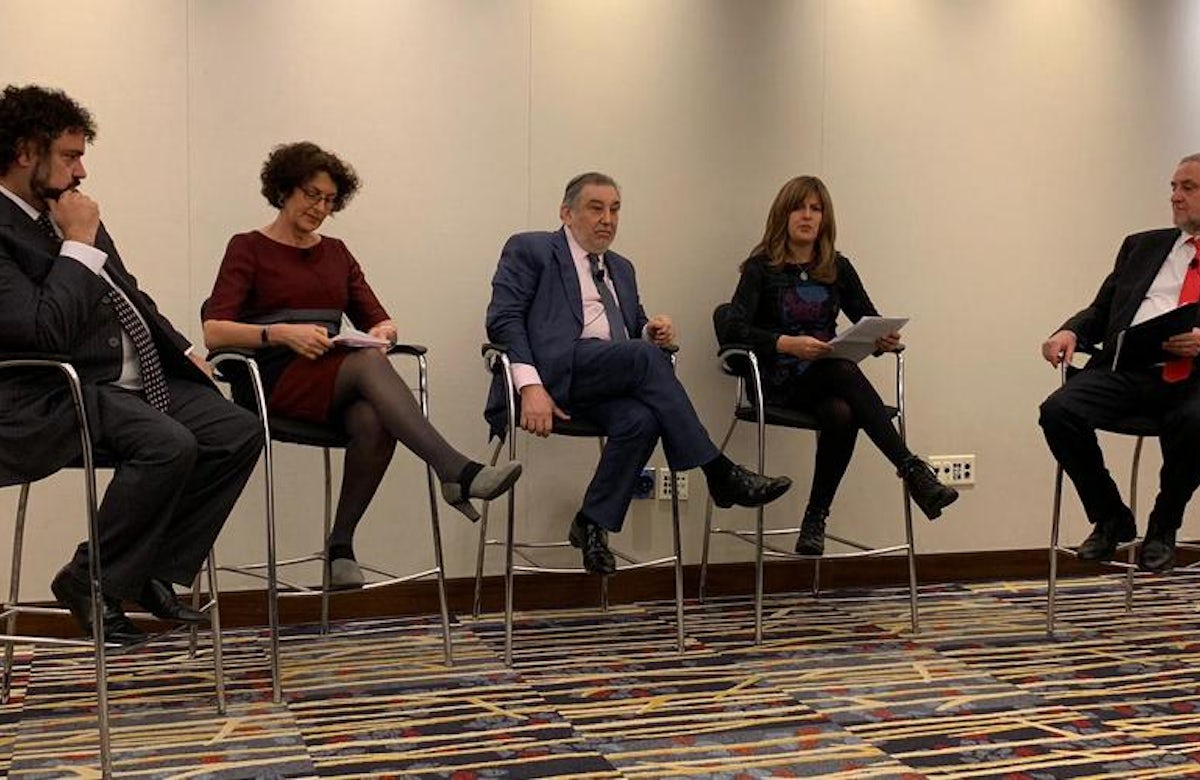 Introducing the panel, WJC CEO Singer said, “I think we can all agree that the challenges for Jews in the United States and Israel are becoming unusually complicated. So how can we make important progress here and now?”

Wendy Kahn, who has served as the national director of the SAJBD for 13 years, spoke on the rising struggle in South Africa to combat the BDS movement and analogies comparing Israeli policy to that of apartheid. “BDS’ biggest downfall in South Africa is that their campaigns consistently end in blatantly antisemitic outcomes,” she said. “I don’t believe that Israel is an apartheid state. I don’t believe that there is apartheid in Israel. I remember what apartheid look like in our country. And I know that this does not exist in Israel. BDS has manipulated the analogy to suit its purposes.

Gillian Merron, who served as a minister in the Labour Government prior to taking the professional helm of the BoD, told the audience that when she had been elected as a Member of Parliament in 1997, it would have been inconceivable to one day be talking about antisemitism in the party. “Antisemitism is no longer a fringe issue, it is front and center, and shockingly, at the heart of our political establishment... everybody knows what it antisemitism is about. We will not give up,” she said.

Claudio Epelman, who also serves as the WJC’s Commissioner for Interfaith Relations in his capacity as LAJC Executive Director, spoke of the bombing of the AMIA Jewish center, the terrorist attack which claimed the lives of 85 people in 1994 and which still has not been solved, nor its perpetrators brought to justice. “If those responsible for the attack are not arrested, it means it can happen again. Iran, through Hezbollah, is responsible for this attack, and for the bombing of the Israeli embassy two years before.”

Maurice Cohen, who has led the small community of some 3,000 in Ireland for six years, spoke of the challenges facing Irish Jews today as they contend with fierce attempts to delegitimize the State of Israel. “The Palestinian narrative has been adopted by and large in Ireland through strong supporters, and the Israeli viewpoint is largely unheard,” Cohen said.

The WJC’s community leaders were to stay on in Washington following the AIPAC conference for a series of high-level diplomatic meetings.