'As long as I'm president, Honduras will stand behind Israel' 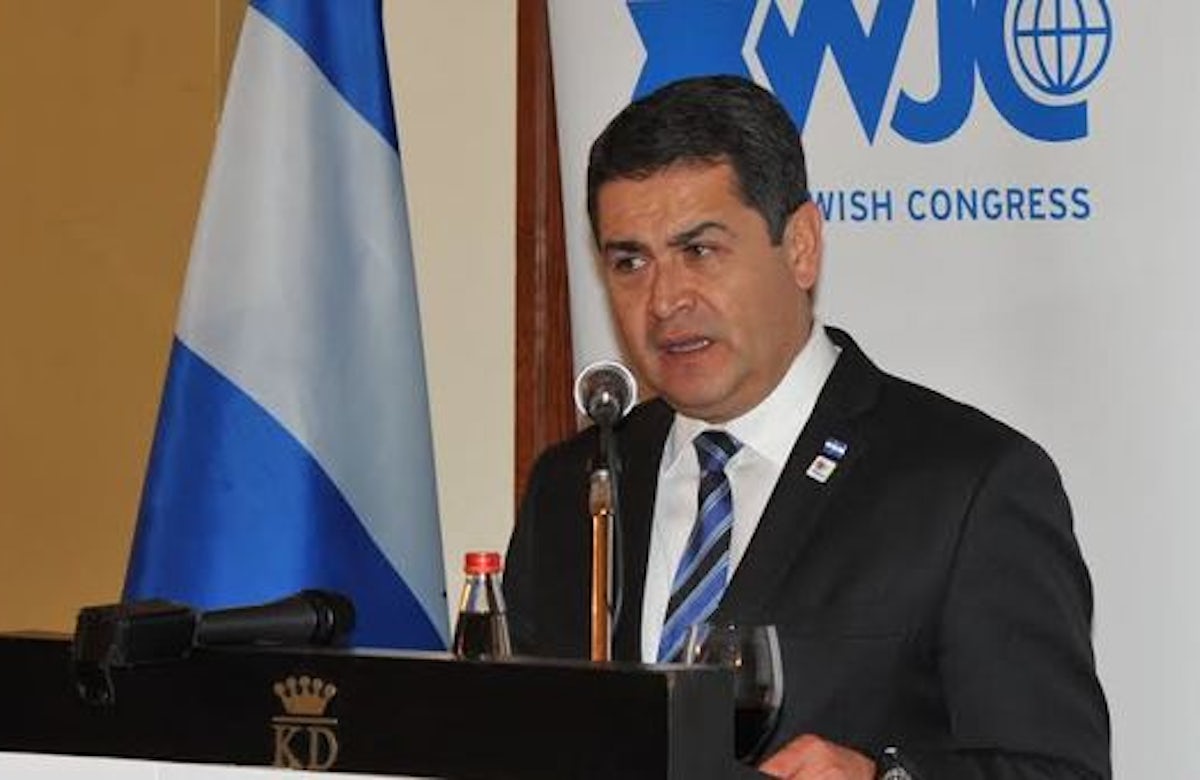 Honduran President Juan Orlando Hernández declared Wednesday while on a visit to Jerusalem that relations between his Central American country and Israel have never been closer. “As long as I am president, Honduras will stand behind Israel,” Hernández said in a speech before the Israel Council on Foreign Relations (ICFR) and the World Jewish Congress under whose auspices it operates, at the King David Hotel. 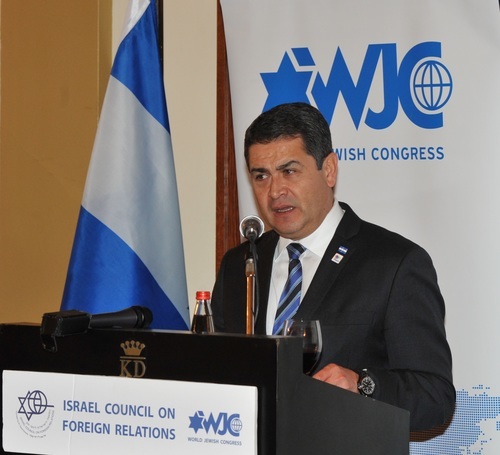 Hernández met with Prime Minister Benjamin Netanyahu earlier in the day to discuss ways in which the two countries could assist each other. The Honduran president told guests of the ICFR that “after this visit, relations, which have been solid for 65 years, would be even stronger.”

The Honduran leader, who studied in Israel in 1992 in a Mashav program (an Israeli development and cooperation program) was accompanied on his visit this week by a high-level delegation that included Secretary of Foreign Affairs and International Cooperation Arturo Corrales Álvarez, Secretary of Infrastructure and Public Services Robert Antonio Ordoñez, Secretary of Agricultural Affairs Jacobo Paz Bodden and Secretary of National Defense Samuel Reyes. Hernández explained that the delegation was especially interested in learning from Israel’s experience in the realms of security and irrigation.

ICFR board member Mordechai Arbell, a former Israeli ambassador and an authority on the history of Jews in the Caribbean and Central America, chaired the dinner. He welcomed the president and expressed gratitude to the Honduran consuls in Europe who issued visa to Jews from Europe fleeing Nazi oppression.

About the Israel Council on Foreign Relations