Anshel Pfeffer: Azerbaijan, the land of no anti-Semitism - Haaretz 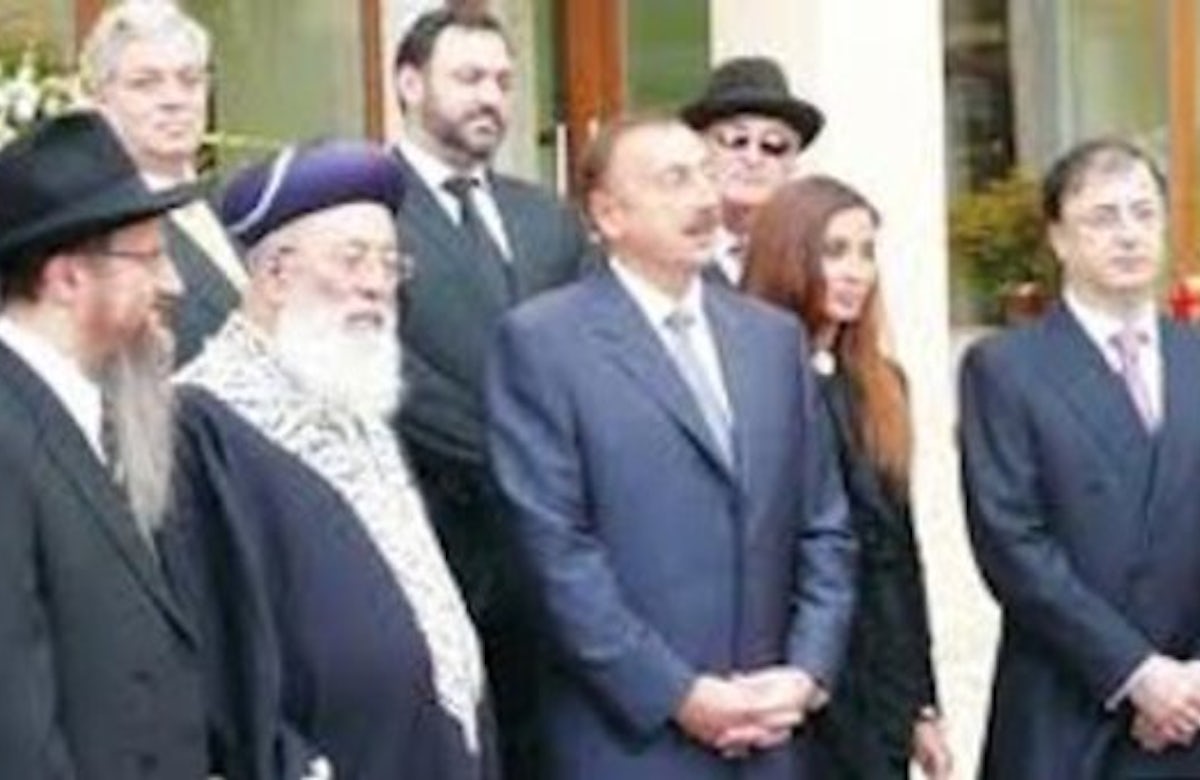 BAKU − “There is no anti-Semitism here and there never has been.” This sentence was repeated to me over and over during my stay this week on the shore of the Caspian Sea. Jews, non-Jews, government officials, dissidents, local residents and Israeli diplomats and rabbis. Not only was this the constant refrain but I don’t remember ever being in a country where I felt so comfortable being identified as an Israeli. And Azerbaijan, in case you were not aware, is 95 percent Muslim, of the Shi’ite variety, and literally down the road − about an hour’s drive from Baku − is the Islamic Republic of Iran.

I was offered a host of reasons for this phenomenon of philo-Semitism. The fact is that Azeris and Jews have lived together in this region for over two and a half millennia, apparently from the first exile after the destruction of Solomon’s temple, and Judaism in these parts preceded the other religions. And as the centuries rolled on, both nations suffered under the imperial rule of the Greeks, Persians, Ottomans and Russia. The Azeris never actually ruled over the Jews. 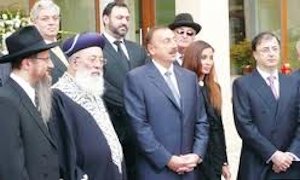 The last empire, the Soviet one, greatly added to the number of Azerbaijan’s Jews when the dispersion of populations carried out by Joseph Stalin brought at least 100,000 additional Jews, most of them well-educated. As a result, I was told that “nearly everyone who grew up in Baku remembers being treated by a Jewish doctor, studying under Jewish teachers and having a Jewish lawyer take care of their affairs.”

And then of course, not all Shiites are Hezbollah, a great many of them believe that the cult of Ali actually calls upon them to be tolerant to the members of other religions and anyway, even before the communists came and forced upon them godlessness, the Azerbaijanis were predominantly secular.

Their friendliness toward Israelis can be easily explained by the fact that Israel was one of the first countries to recognize Azerbaijani independence in 1991 and the two countries have built a formidable strategic alliance ‏(more about this elsewhere in this paper‏).

And still all these reasons don’t add up to a full explanation of how over 100 generations in which in neighboring lands pogroms and expulsions were regular occurrences and in later times evolved into virulent anti-Zionism, the land of the Azeris remained a safe haven. To this day, President Ilham Aliyev is a frequent visitor to the Jewish community centers − he even gave money for a Sefer Torah and directed that the government finance the rebuilding of a synagogue.

There was another question, though, that bothered me even more. This wasn’t a peaceful land. Not far away the war of Nagorno-Karabakh was waged less than 20 years ago, and with it ethnic cleansing on both sides of Armenians and Azerbaijanis. When such hatreds are playing out, Jews have rarely remained unscathed. And even with the fighting reduced to a trickle in recent years, Azerbaijan had hardly become a shining beacon of democracy. Huge oil revenues began coming in as new offshore wells were discovered, but instead of benefiting the entire society, it merely served to bolster a kleptocratic regime which beats up demonstrators, arbitrarily jails journalists and dissidents and fixes election results.

As a firm believer in the rule that a litmus test of the human rights situation in a country is how it treats its Jews, I began to wonder whether that rule is still true in countries like Azerbaijan ‏(and Putin’s Russia‏), where the autocratic leader uses his security forces to fight against anti-Semitism, allows the Jewish community to run its own state schools and contributes to the community from his own pocket ‏(though, of course, it’s not really his own‏).

Can a dictator be bad for his people and at the same time good for his Jews? And what if he is doing so in the hope of receiving the backing of the 'Jewish lobby' in Washington?

Frustrated, I looked up Azerbaijan’s record in the websites devoted to monitoring anti-Semitism across the globe. I’m not a great fan of these sites as they tend to magnify the trivial and miss the real trends, but I had little choice. They seemed to bear out what I had been hearing − there were remarkably few incidents and those that had taken place were dealt with swiftly by the authorities. They seemed to be mainly nasty conspiracy theories put out by marginal politicians from fringe Islamist or crypto-communist parties. There was a pattern here: Anti-Semitism in Azerbaijan is something that comes from the opposition.

According to the Coordination Forum for Countering Anti-Semitism, no anti-Semitic incidents whatsoever were reported in Azerbaijan in 2012, and only one in 2011 − the Jewish-Russian journalist Vladimir Solovyov received anti-Semitic hate-mail from Azerbaijanis after he had criticized Azerbaijan Airlines’ refusal to allow an Armenian passenger on one of its flights.

I probably shouldn’t extrapolate from one isolated case, but it seems that Jews are tolerated and protected when they are acting in the role of loyal Azeri citizens. What would happen if they joined the ranks of the real opposition, that which is not allowed even to win a few seats in the tame parliament?

Throughout the annals of Diaspora, Jews have adopted a policy of not giving the ruler undue reason to resent them. That finally began to change in the 20th century when Jews were at the frontline of freedom and human rights movements. From Jews fighting apartheid in South Africa that didn’t feel they had to remain on the sidelines or else they would be inviting persecution of their community, to Jews taking part in the civil rights movement in the US, to Jews advocating an end to the monarchy in Britain, they felt free to represent unpopular views without worrying about wider repercussions.

I do not grudge the Jews of Baku their safety and prosperity, but it seems that they know their place, with the gallery of pictures hanging in the synagogue foyer of President Aliyev lighting Hanukkah candles and meeting Shimon Peres. The real test will come when a sizable group of young Jewish men and women join the growing protest movement against Aliyev: Will the community still deserve his protection then?

Ultimately, the real guarantee for a minority’s security can only be democracy, not the good will of a corrupt and despotic dictator.

The writer was the guest of the Azerbaijani news agency 'Trend'