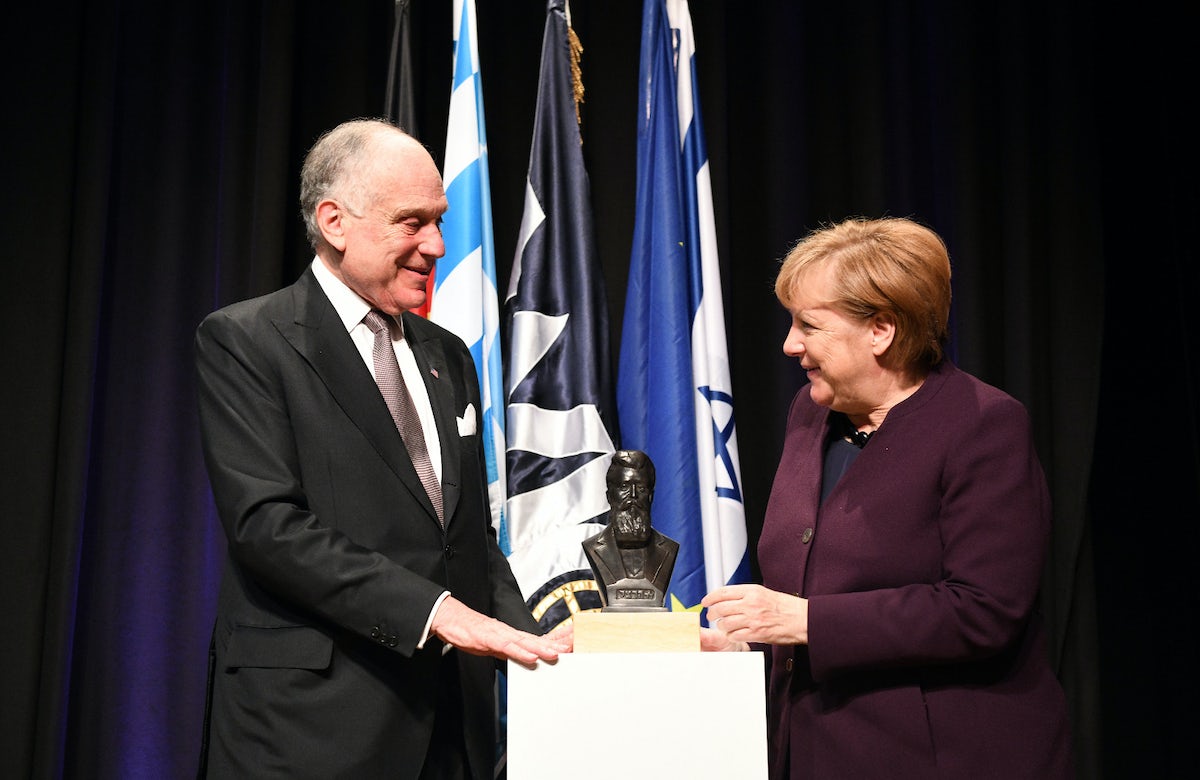 Although Merkel has been strong in her defense of the Jewish people, some have suggested she wasn’t worthy of the award because, among other reasons, antisemitism is on the rise in Germany and throughout Europe and her measures have not been strong enough to stop it.

Merkel has, indeed, been strong in our defense. She has been, at times, a lone voice among European leaders defending Israel. She has followed in the traditions of previous chancellors starting with Konrad Adenauer, to defend the Jewish people and she has been one of the strongest voices against antisemitism.

Granted, she has not been perfect, although I don’t know any leaders that would fall into that category. That is why I believe it was necessary and right to encourage her, along with other German politicians, to take stronger steps in this regard.

I just wish those critical of me would have listened to what I said to Chancellor Merkel in Munich on October 28, 2019. If they had, they would have heard me tell the Chancellor the results of a new poll, commissioned by the World Jewish Congress that showed that:

Why was it important to hear? Because in the audience, some of the most influential Germans in the country heard me say:

I told them that “this is not a Jewish problem, it’s a German problem.”

I then repeated the points of an Op-ed that I published in one of the leading German Newspapers two days earlier that stated there must now be:

On Yom Kippur, a gunman tried to enter a synagogue in Halle Germany, but because of a locked gate and the bravery of one congregant – Yossel Remis – he was unable to get in. Instead, he shot and killed two innocent passersby.

I went to Halle two days earlier. I saw the gate and I spoke with Remis. What I reminded Chancellor Merkel and the entire audience was that it is completely unacceptable that there was not one policeman standing guard in front of that synagogue on Yom Kippur.

I think it was important for the Chancellor to hear these things firsthand and, for that matter, that Yossel Remis was educated and trained in one of the programs funded by the Ronald S. Lauder Foundation.

I wonder if I would be criticized for the 40,000 students that received a Jewish education in Lauder schools throughout Central and Eastern Europe, along with the Jewish communities that have now taken root around those schools?

My point here is that it is much too easy to criticize anyone without waiting for all the facts. And, sadly, it is too prevalent within our people and throughout our history to fight among each other.

Disagreements will arise, but I believe we should always treat each other with respect.

On the recent holiday of Simchat Torah, Jews ended our reading of the scrolls with congregations throughout the world standing and saying in unison: “Chazak … Chazak … v’nit Chazak.”

I believe we can still find wisdom and guidance in our lives through the Torah and we should never forget that we are stronger as one people, united and focused on the very real problems that confront us.

This story originally appeared in the Jerusalem Post on November 1, 2019.