A toast to interfaith dialogue in Latin America 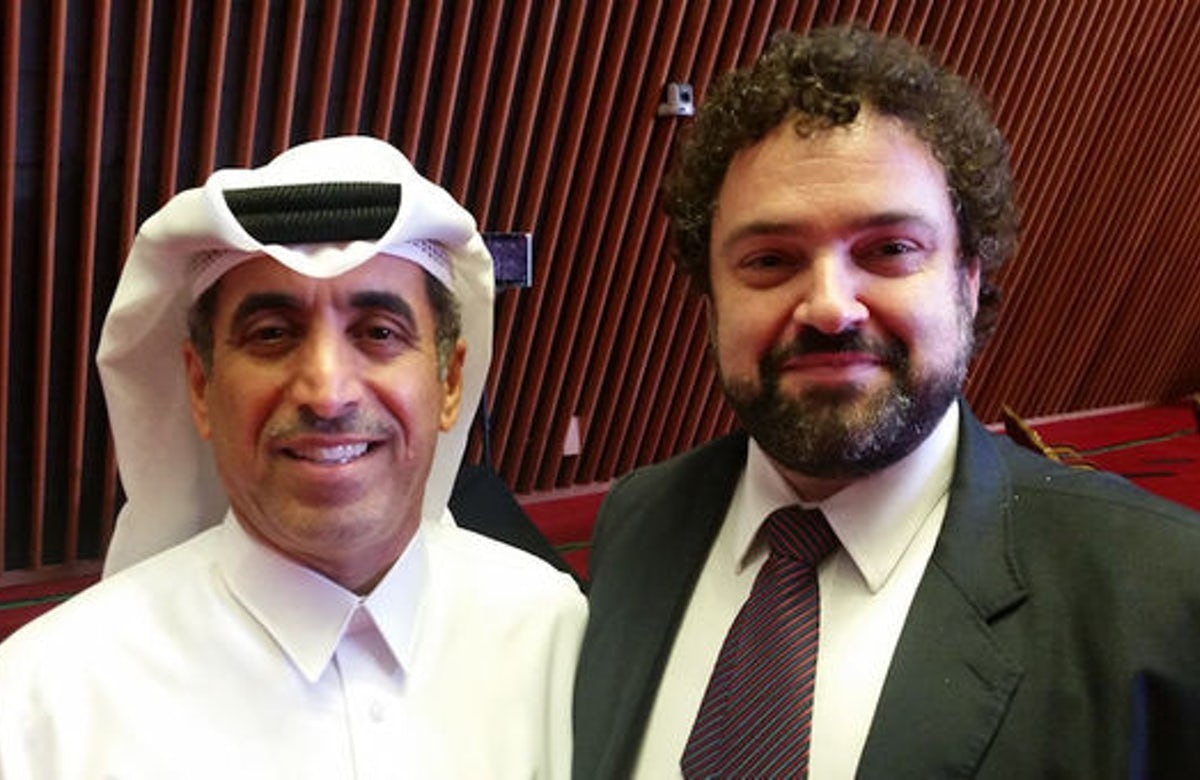 Below is a translation of an op-ed by World Jewish Congress Commissioner for Interfaith Relations Claudio Epelman, published in Spanish in El País. Epelman, who is also the Executive Director of the Latin American Jewish Congress, has been involved with interfaith relations for decades, having established close working relations with top Muslim and Catholic leaders, including Pope Francis.

On Friday September 18, as the first stars in the sky appeared, the Jewish people welcomed in a new year, 5781. Ten days later, the Jewish people reached the Day of Atonement, Yom Kippur, our most sacred day. We are living now at a time of deep introspection. It is a time to sit and reflect on the year that is leaving and the new year that is arriving - it is a moment to balance toasts and good wishes.

In a Buenos Aires still under pandemic lockdown, I had the opportunity to participate in an online interfaith celebration, led by the Muslim community, of the Jewish new year, Rosh Hashannah, alongside Jewish and Muslim leaders from Córdoba, Argentina; Lima, Peru; São Paulo, Brazil;  Quito, Ecuador;  Bogotá, Columbia; Panama City, Panama; San José, Costa Rica; and Santiago, Chile, among other cities. This tradition, special to Latin America, should serve as an inspiration for Europe.

This interfaith meeting was not an isolated action, nor was it an “oasis in the desert,” but rather one more step on the path that we have been travelling together for some years now. This celebration was the third meeting that we held between the Latin American Jewish Congress and Muslim representatives in Latin America this year. During our last celebration, the Latin American Jewish community hosted our Muslim neighbors to celebrate the end of Ramadan and the Feast of the Sacrifice - Eid el Adha.

At this time of balance, it is important to note that the image of sheikhs, rabbis and leaders of both communities conversing and sharing festivities together has already become normalized on this side of the Atlantic. No one is surprised by the sight of a sheikh in a church or a priest in a synagogue. Interfaith dialogues for national holidays are a common occurrence. Interfaith events, activities and seminars are already established practices.

This is undoubtedly in part due to determination and work of Jorge Bergoglio, who as Archbishop of Buenos Aires, did not delegate interreligious work, but rather personally committed himself to strengthening ties between Jews, Evangelical Christians and Muslims. I met Bergoglio when he was still called Jorge and lived in Buenos Aires. Today, he is called Pope Francis I, and during his time at the Vatican has further deepened his conviction to build bridges. In a noble gesture that paints a full picture of him, he told us a story that illustrated the absurdity of antisemitism. It turns out that an antisemitic parish priest was holding mass when he suddenly started attacking Jews in a virulent way. And in that moment Jesus descended from the cross, looked at Mary and said: "Mother, let's go, it seems they don't want us here."

The organizations that represent four Abrahamic faiths in Latin America (Judaism, Catholicism, Evangelism and Islam) met three years ago in the Argentine city of Córdoba to sign what we have come to know as the, “Declaration of Latin America and the Caribbean as an Interreligious Coexistence Zone.”

After the signing of that declaration, we were filled with pride; the commitments made in the agreement were replicated among the religious leaders of dozens of cities, accompanied in many cases by political leaders who believed that the religious pluralism of society is a value that we must defend.

The 2017 text highlighted the work that we had been carrying out for even longer, declaring that, “we are aware that there have been times and areas with different degrees of misunderstanding among our communities”, and we also know that it is a blessing existence "of an enormous plurality of cultures, ideas, races and idiosyncrasies."

We called the commitment "the Declaration of Córdoba" in reference to the Argentine city in which we met to sign it and where centuries ago, in that same spirit, Jews, Muslims, and Catholics coexisted in diversity. Córdoba was the crib of transcendental thinkers for Judaism and for humanity as a whole, such as Maimonides, and Spanish culture was also nourished by the Islamic presence of the peninsula, an example of this influence is flamenco.

We combat prejudices with knowledge of mutual fraternity, which arises from dialogue among religious groups. Therefore, this is how we begin to construct coexistence. We continue with courage taking firm steps in the right direction. And finally, we guard and protect this coexistence that we have achieved.

In a year as complex and gloomy as the one we have just left, I raise my glass so that in the year that begins, we will be able to display with a renewing joy, that common spirit of the Córdobans. For this, even though we are people of faith, we must not wait for divine providence, but rather appeal to meet the other. Shana tovah to all.