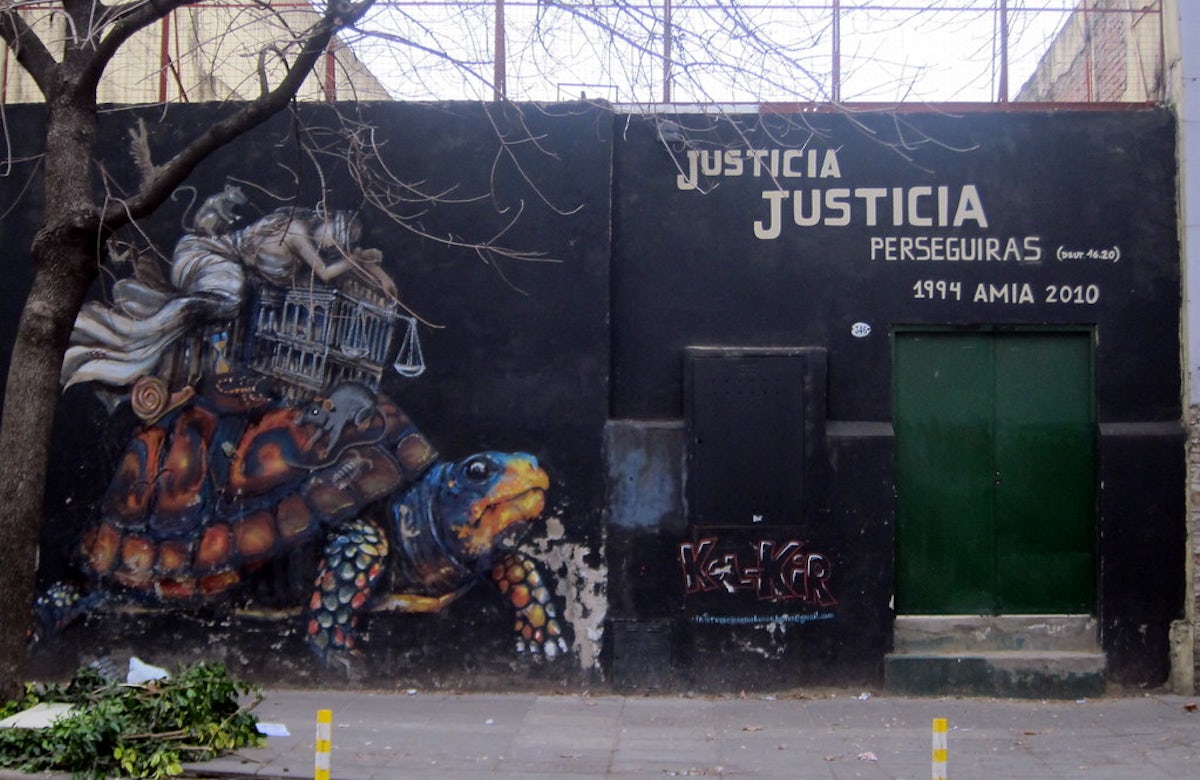 BUENOS AIRES - The Latin American Jewish Congress, the regional affiliate of the World Jewish Congress, marked the 26th anniversary of the deadly bombing of the Asociación Mutual Israelita Argentina (AMIA) building on Saturday with an interactive virtual commemoration, inviting registered participants to light a symbolic candle in honor of the 85 people who lost their lives, and the hundreds more that were wounded, in the Hezbollah-perpetrated attack of 18 July 1994. The bombing was the deadliest terrorist attack on Latin American soil in history, as well as against any Jewish community outside of Israel.

World Jewish Congress President Ronald S. Lauder recorded a special video message in tribute to the victims, in which he stressed that “we know from history that when hatred targets Jews, the bombs do not distinguish the religion of the victims and the entire humankind suffers. And without memory and without justice, these wounds remain open. Twenty-six years later, with a world so different, and facing problems that we did not even imagine back then, our commitment to the families of victims and survivors is the same as always was. We’ll be tempted to ask, ‘who cares about the AMIA attack?’ The answer is simple. We all care.”

The virtual commemoration, which was developed by the LAJC in conjunction with the Jewish communities of the region, is the culmination of a series of virtual events held over the course of July in recognition of the horrific attack. Despite arrest warrants issued and numerous calls for justice, neither the Hezbollah operatives that carried out the attack nor the masterminds behind it in the Islamic Republic of Iran have yet to be brought to trial.

"Each year, the Latin American Jewish Congress demands justice for the victims of AMIA....This year will not be an exception,” said LAJC Executive Director Claudio Epelman of the month-long series of events, noting that that the social distancing restrictions imposed due to the COVID-19 pandemic has not deterred the Jewish community from holding an appropriate commemoration, albeit in virtual format.

Fernando Lottenberg, President of the Israeli Confederation of Brazil (CONIB), described the impact of the AMIA bombing on his community as “marking the end of innocence.” The incident prompted a self-reckoning of the threat of terrorism in Brazil, said Lottenberg, whose organization was instrumental in organizing the virtual event alongside the LAJC.

Samy Canias, President of the Central Israelite Committee of Uruguay, noted that the bombing underscored to the region that “antisemitism and anti-Zionism know no borders”.

“This happened in Argentina, but it could also have happened in Uruguay, Colombia, and Brazil,” said Canias, stressing that the legacy of the attack continues to impact his community, as well as others in the region, to this very day.

The LAJC’s tribute in commemoration of the AMIA bombing over the course of July has included virtual conferences featuring world experts on terrorism and cyberterrorism, as well as testimonies by survivors and relatives of the victims of the attack.

Last year, the WJC and LAJC released a commemorative anthology entitled “Justice You Shall Pursue!” to mark the 25th anniversary of the deadly attack. The book featured a compilation of calls and reflections for justice by world leaders, and other prominent individuals, including WJC President Lauder, President of Argentina Mauricio Macri, U.S. President Donald Trump, German Chancellor Angela Merkel, and United Nations Secretary General Antonio Guterres. The LAJC also teamed up with AMIA to produce roughly 60 videos of survivors’ testimony. The survivors’ testimony focused on a range of topics including the day of the attack, their story of survival, and the impact the event had on their lives.